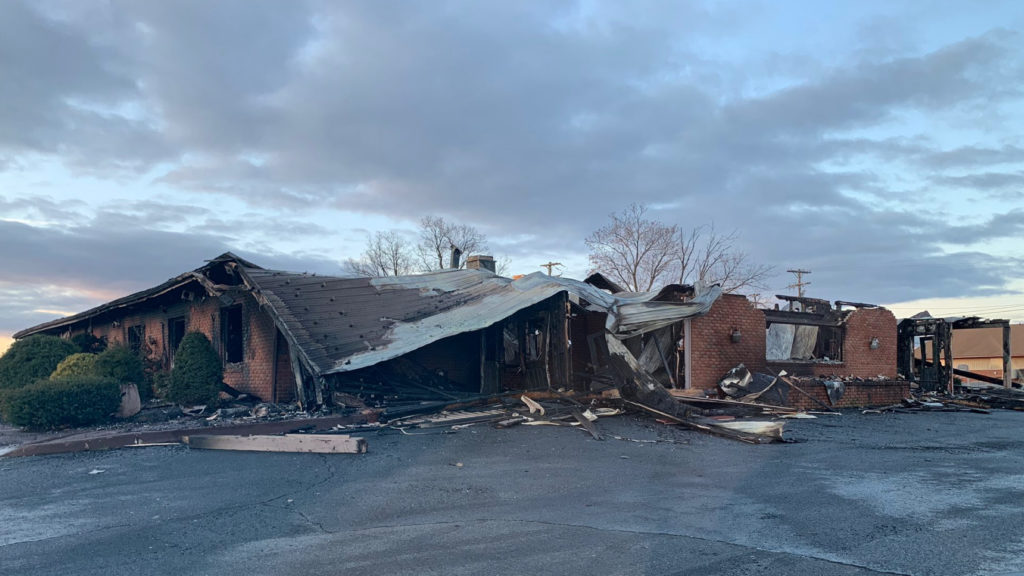 Ono Family Restaurant was destroyed in a four-alarm fire that began Friday night, Dec. 6, and continued into the early hours of Saturday morning.

The Jonestown-area restaurant building is located at 10609 Allentown Blvd. in Ono, on the southeast corner of the intersection of Route 22 and Lincoln School Rd.

According to county dispatch data, the initial call came in just after 11 p.m. Crews on the scene told CBS21 that no serious injuries were incurred as part of this conflagration. Crews were said to be on scene until 4 a.m. this morning.

Northern Lebanon Fire and Emergency Services Fire Commissioner Rob Taylor confirmed to the Daily News that no one was inside when the fire broke out, and that no firefighters were injured. Taylor told the Daily News that there was no indication of what started the fire or where it started in the building, with state police investigator on the scene as of this morning.

Ono Family Restaurant replaced the former Farmer’s Wife Restaurant last year after a six-month interior renovation. At the time, owners Moe Ismaeil and Giovanni Scottodapollonia told the Daily News that they had reinvested approximately $300,000 in renovations.

We have reached out to Northern Lebanon Fire and Emergency Services as well as the owners of Ono Family Restaurant and will update this post if we learn more.

This post was updated with additional information from the Daily News.

Explainer: How the coronavirus crisis is affecting food supply – Reuters

How to Attract New Customers to Your Restaurant – RestaurantNews.com