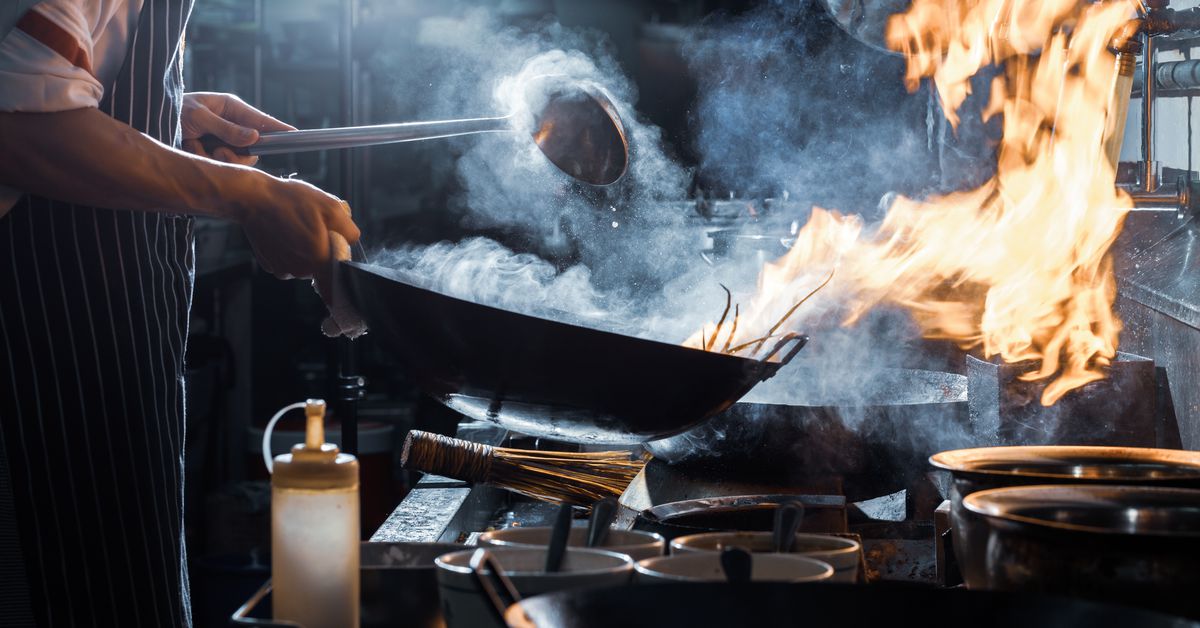 Can the chefs of the Gelinaz Shuffle sit down for one second? Yesterday, we reported that chef Gianluca Gorini had apologized for posting a racist photo of him and his kitchen staff, in which they posed in Asian conical hats with some of the staff pulling back the sides of their eyes. The photo was supposedly inspired by the Chinese menu Gorini had been tasked to interpret as part of the Gelinaz Shuffle, an international cooking event in which, this year, 148 chefs were tasked to “remix” menus from another restaurant, assigned at random. But Gorini wasn’t the only one who seemingly took this as license to get racist.

We received a tip about the Instagram stories of Hugo Roellinger, chef at Le Coquillage in Saint-Méloir-des-Ondes, France. Roellinger was assigned recipes from celebrity chef, Sean Brock, formerly of McGrady’s in Charleston, SC. On Roellinger’s Instagram stories, he posted video of a group of people circling the restaurant floor, making whooping noises, or war cries, commonly associated with racist caricatures of Native Americans.

Roellinger tags both himself, Brock and Gelinaz in the story, writing “Merci @hseanbrock Fun time remixing your matrice.” Shortly after Eater received the tip, the video was gone from Roellinger’s stories, though it’s unclear if he deleted it or it expired after 24 hours as all Instagram stories do. Other than the use of his menu and being tagged by Roellinger, Brock is otherwise likely uninvolved with the video. If this is indeed a racist display, it isn’t merely offensive, but also confusing — Brock has championed Southern culinary traditions and foodways, he does not cook explicitly Native American cuisine.

Europe has a long and troubled obsession with a stereotyped, faux-monolithic version of Native American culture. In 2015, Mother Jones reported on “Indianists” in Europe, an international community of hobbyists who “put on elaborate reenactments complete with acres of buckskin outfits while (mostly) waving off concerns about how redface paint and the appropriation of sacred symbols like eagle feathers might play with actual Native Americans.” It is perhaps easier to claim benign appreciation for a culture when you don’t live on top of it, but it’s still incredibly disrespectful.

Eater has reached out to Roellinger and Brock about the incident, and to Gelinaz about these instances of racism from the chefs chosen for this year’s competition, but has not heard back as of publishing time. Gelinaz did however release a statement about chef Gianluca Gorini and yesterday’s article has been updated accordingly.

How a vegan diet could affect your intelligence – BBC News