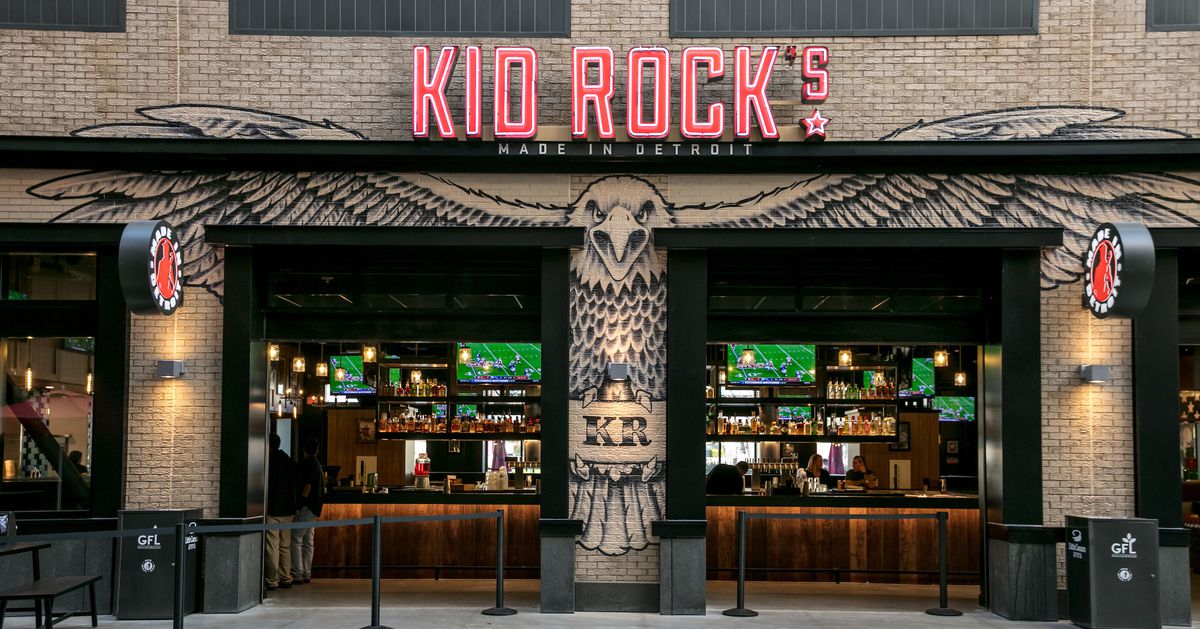 On the same day that the Little Caesar’s Arena confirmed the impending closure of Kid Rock’s Made in Detroit restaurant, the operators of the bar and grill reached a settlement agreement with a former employee in a racial discrimination lawsuit.

Carinne Silverman-Maddox, a black former bartender who was employed by the LCA restaurant from August to December 2018, filed a lawsuit against the restaurant in January alleging that the bar favored white employees and eventually terminated her “based on her race.” Parties did not disclose the terms of the settlement, according to Metro Times.

Reached by Eater, Silverman-Maddox’s attorney Jack Schulz was “unable to discuss” the specifics of the agreement. “I am pleased that Ms. Silverman-Maddox’s claim has been resolved and encouraged by the news that this divisive restaurant will be rebranded,” Schulz writes in a statement. “The Detroit taxpayers who funded this stadium deserve better.”

Eater reached out to Kid Rock Made in Detroit’s food service operator Delaware North for comment and did not receive a response at press time.

In the complaint, Silverman-Maddox alleged that she was the only black bartender on a 15-person staff and wore her hair straightened and pulled back for the first several months of her employment. Then, on October 13, 2018 she decided to “wear her hair natural, in a curly afro.” Silverman-Maddox alleged in the complaint that she “immediately noticed strange looks from the management,” but carried on with her shift until 7 p.m. when she was pulled off the bar and reprimanded by the restaurant’s general manager and floor manager for allegedly overpouring a drink. Silverman-Maddox states in the complaint that she disputed the incident and was suspended pending an investigation.

Silverman-Maddox claimed that she had never received negative feedback on her performance, but witnessed other bar staff overpour at the establishment due to a lack of bar jiggers. The lawsuit also alleged that during training bartenders for the restaurant were actually encouraged to overpour when Kid Rock himself visited the establishment. The former employee also claimed that the restaurant management favored white employees by scheduling them to come into the restaurant earlier, “allowing them a larger portion of the tip-pool,” among other incidents.

Following her suspension in October, Silverman-Maddox states that she was taken off the work schedule for more than a month without updates on her suspension. She eventually submitted formal charges of discrimination to the Michigan Department of Civil rights and was fired by the restaurant in December.

Kid Rock’s Made in Detroit restaurant opened in 2017 inside the LCA, drawing the ire of some Detroiters who objected to the Macomb County musician’s support of President Donald Trump and his use of Confederate flags on stage. Ilitch Holdings, which operates the LCA, confirmed on December 4 that Kid Rock would be ending his licensing agreement. The restaurant will close in April 2020 to make way for “an exciting new concept that aligns with our community and company values,” according to Chris Granger, group president for sports and entertainment at Ilitch Holdings.

The news also came just days after Kid Rock unleashed a drunken rant against Oprah, The View’s Joy Behar, and Kathie Lee Gifford on stage at his Nashville bar. Organizers with the National Action Committee in Detroit were planning a protest in front of the Made in Detroit restaurant on December 4, according to the Detroit News.

Following news of the restaurant’s closing, Kid Rock released his own statement, writing that he “learned long ago, go where you’re celebrated, not tolerated.” He also lashed out at the NAN network and Al Sharpton, while stating that “trying to label me racist is a joke, and actually only does a disservice to the black community, which I have supported my entire life, by trying to alienate myself and many others.”

This is the latest racial discrimination lawsuit against a Detroit bar to reach a settlement this fall. Founders Brewing Company also settled a highly publicized lawsuit with a longtime former employee Tracy Evans for an undisclosed amount. Evans was also represented by attorney Jack Schulz.