tasked with updating its art deco codes, italian architect and interior designer fabrizio casiraghi has redesigned the drouant restaurant in paris. considered one of the city’s jewels, the historical establishment recently reopened in time to host the prix goncourt, a prestigious french literary ceremony held in one of its private salons since 1914. 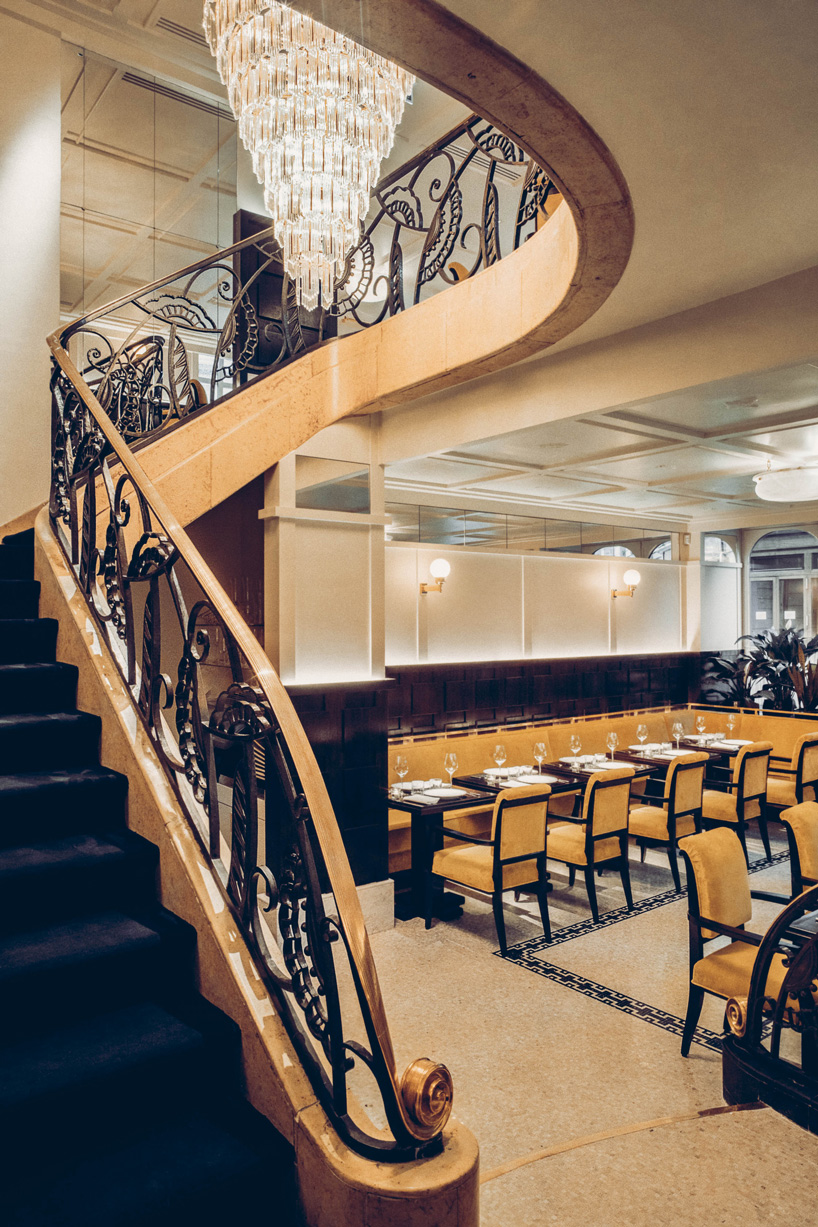 originally a simple tobacconist bar, the dourant is steeped in french heritage. it was turned into a gourmet destination in the late 1920s, thanks in part to french designer émile-jacques ruhlmann, who is often referred to as the ‘the pope of art deco.’ 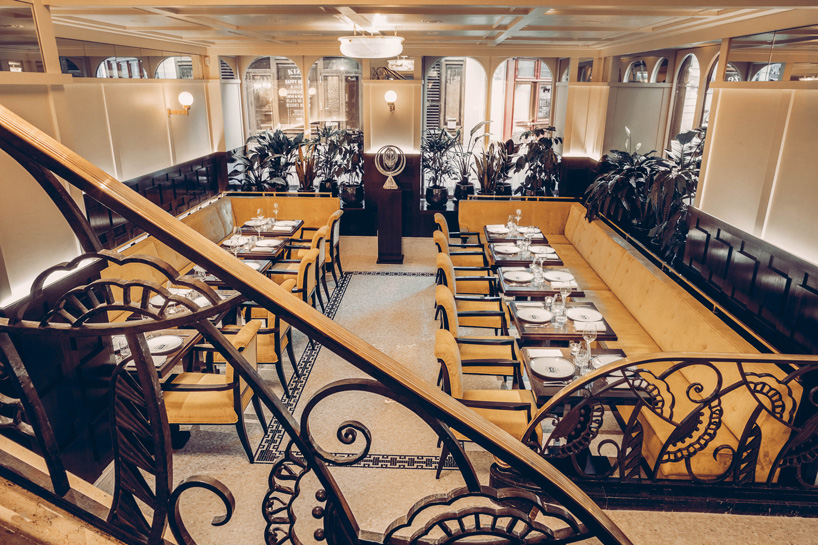 bought in 2018 by brothers stéphane, thierry and laurent gardinier, who also own french gastronomy restaurant taillevent, the pair were keen to continue the traditions of the past while establishing drouant firmly in the present. ruhlmann’s original staircase remains as a standout feature, renovated by casiraghi’s team — it’s the only original feature that has withstood the test of time. 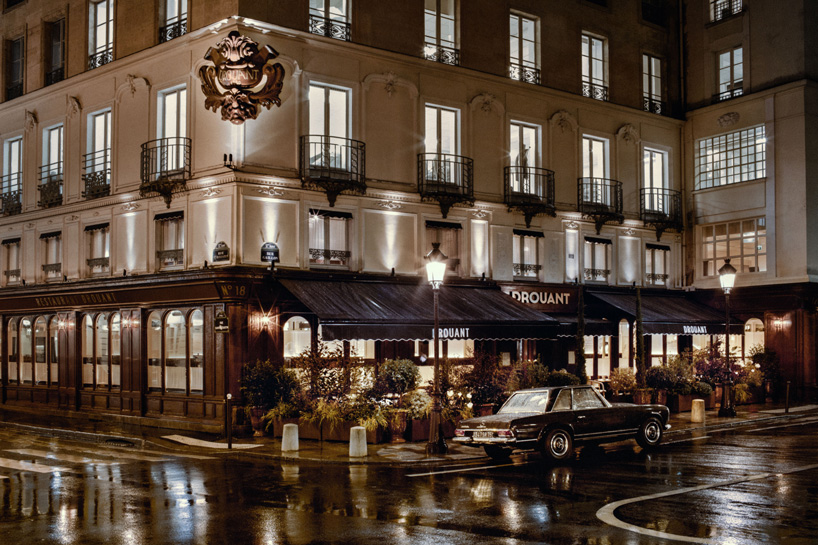 ‘in drouant there was a strong historical reference: ruhlmann,’ said casiraghi. ‘he designed completely the restaurant in the 20s’ but what is left today is just the marvelous staircase connecting the ground and the first floor. 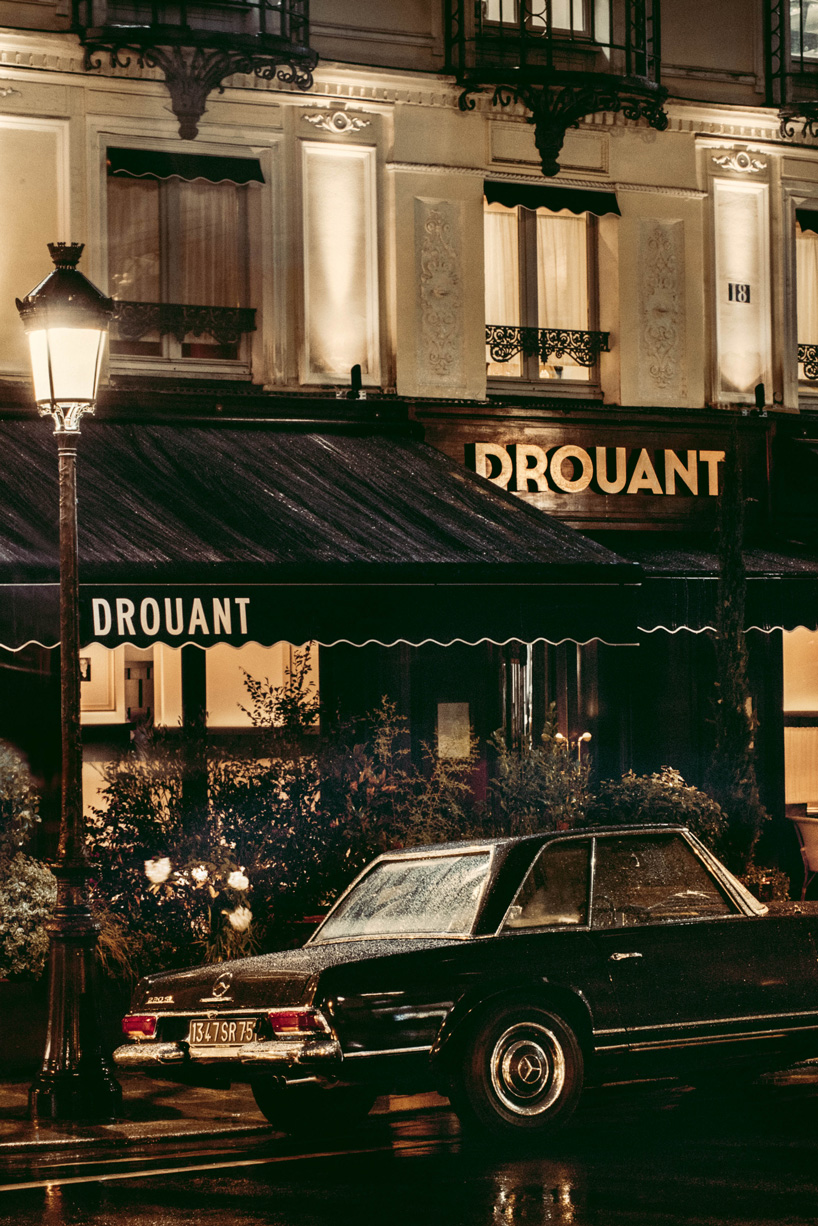 ripping out parquet on the ground level revealed ruhlmann’s original floor design: a colored mosaic created by the architect. unfortunately too damaged to be kept, casiraghi paid homage with a travertine mosaic floor, laid in natural, hand-cut stone instead.

‘the floor is a good example to explain the process: ruhlmann designed a multi-colored mosaic floor that we lost quite entirely,’ casiraghi said. ‘we decided to keep the idea of the mosaic but a travertine, monochromatic one, more contemporary and adapted to the new drouant look.’ 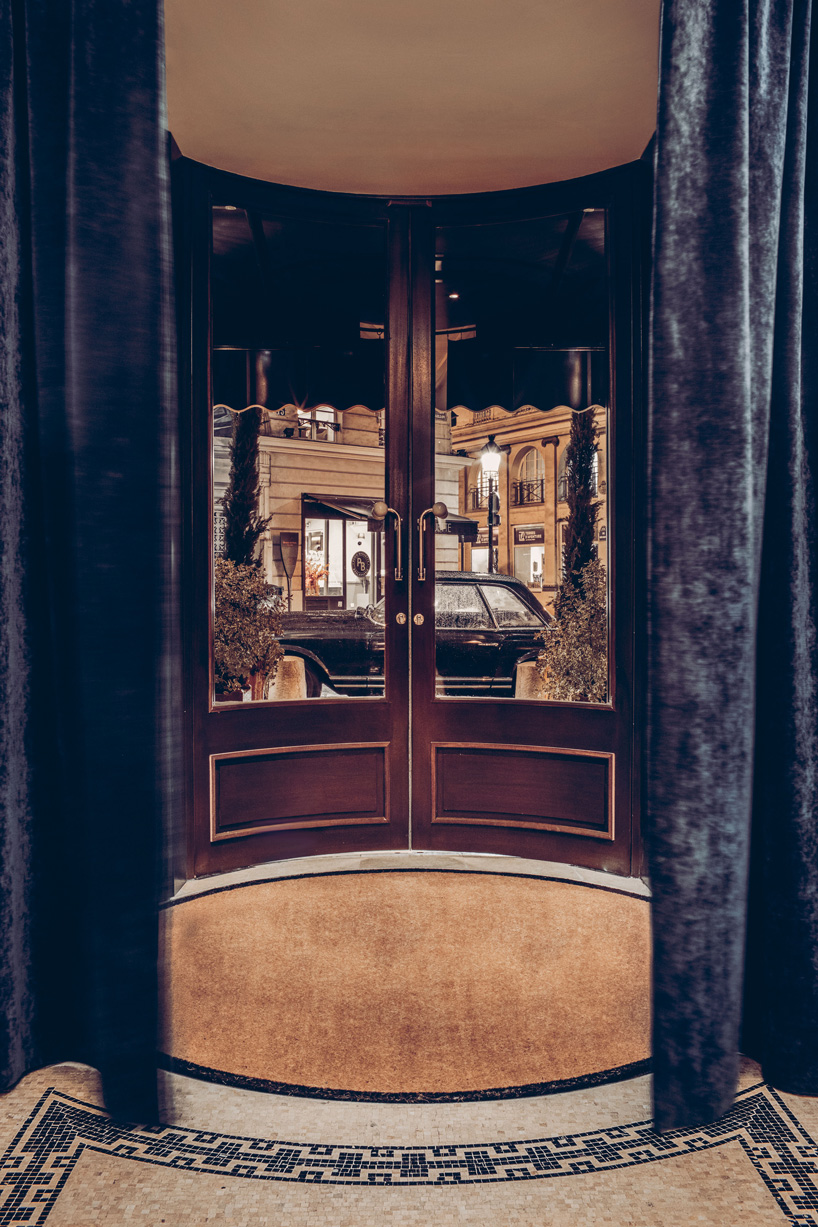 in the main dining room, walnut woodwork, lacquered walls and thick fabrics create an elegant and warm feel. it contrasts the golden yellow velvet chairs, created from original sketches found at the chamber of commerce of paris.

meanwhile, the original ceiling by french artist cocteau, dubbed ‘the heaven of the sea’ for its cast of fish and crustaceans, has been remolded and replaced. individual projects such as these prompt casiraghi’s positive response to working with a space that has such a rich history. 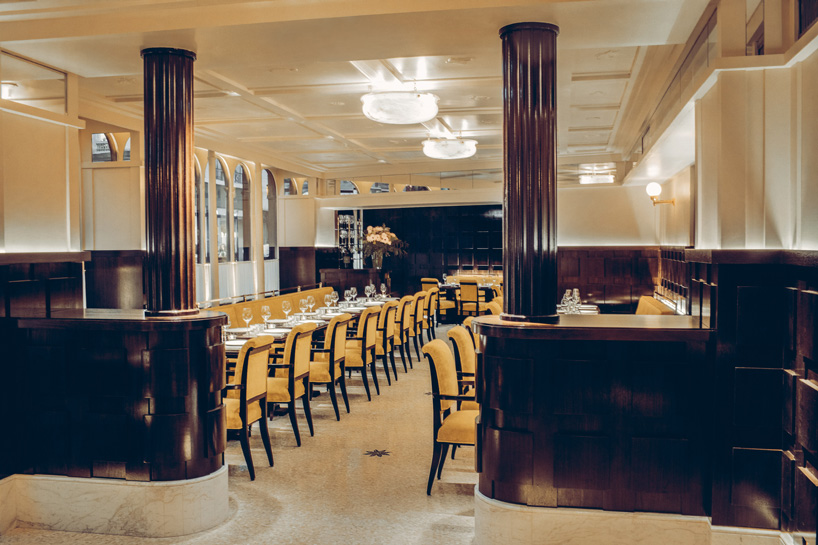 ‘there is always a departure point: it can be client’s needs, the space, the history, a special context… but every time I am approaching a project I ask myself what is this departure point. and in this case, I had three of them: the ruhlmann legacy, my clients specific needs and the link with the most prestigious french literature prize.’

paying homage to the prize, casiraghi has hung 18 winning book covers in the back stairwell. a shelf of all the winning first-edition books also appears in the mezzanine-level library.

‘I think that the link with ‘literature” was the most challenging part of the creation. it could have been, again, very didactic and ‘first degree’ (or literal) like it was before our intervention. we decided, contrarily, to make some soft links to the theme: a collection of original copies of prix goncourt winners, an intervention made by the artist roberto ruspoli directly on the walls around the figure of proust, a contemporary painting at the entrance representing the famous goncourt winner book red-stripe.’ 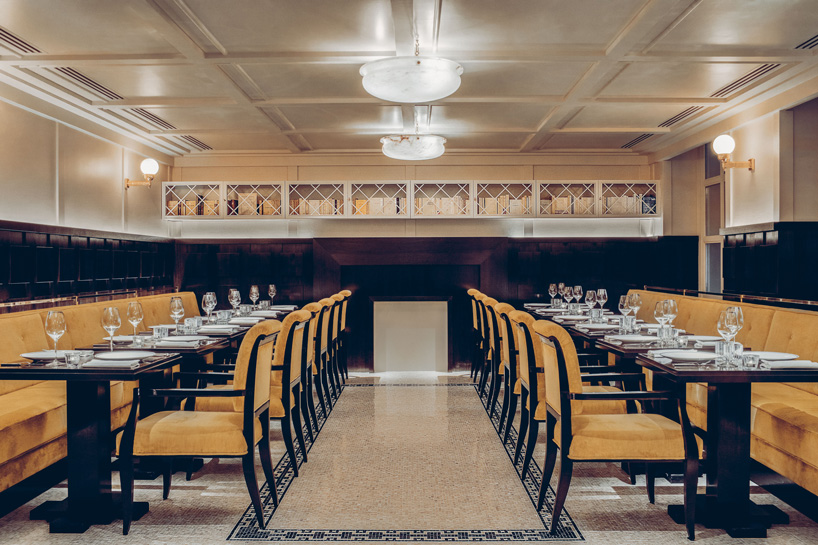 casiraghi, whose career spans working for dominique perrault, volunteering for the fondo ambiente italiano and working with dimorestudio, credits his design approach to a love of milanese tradition: ‘I think that the real milanese tradition where I grew up in, is all about sobriety and generosity. this is what my parents taught me: ‘be generous, be curious, experience but be always sober.’ and that is what you can clearly see in all milanese masters work: gabriella crespi and gio ponti notably.’ 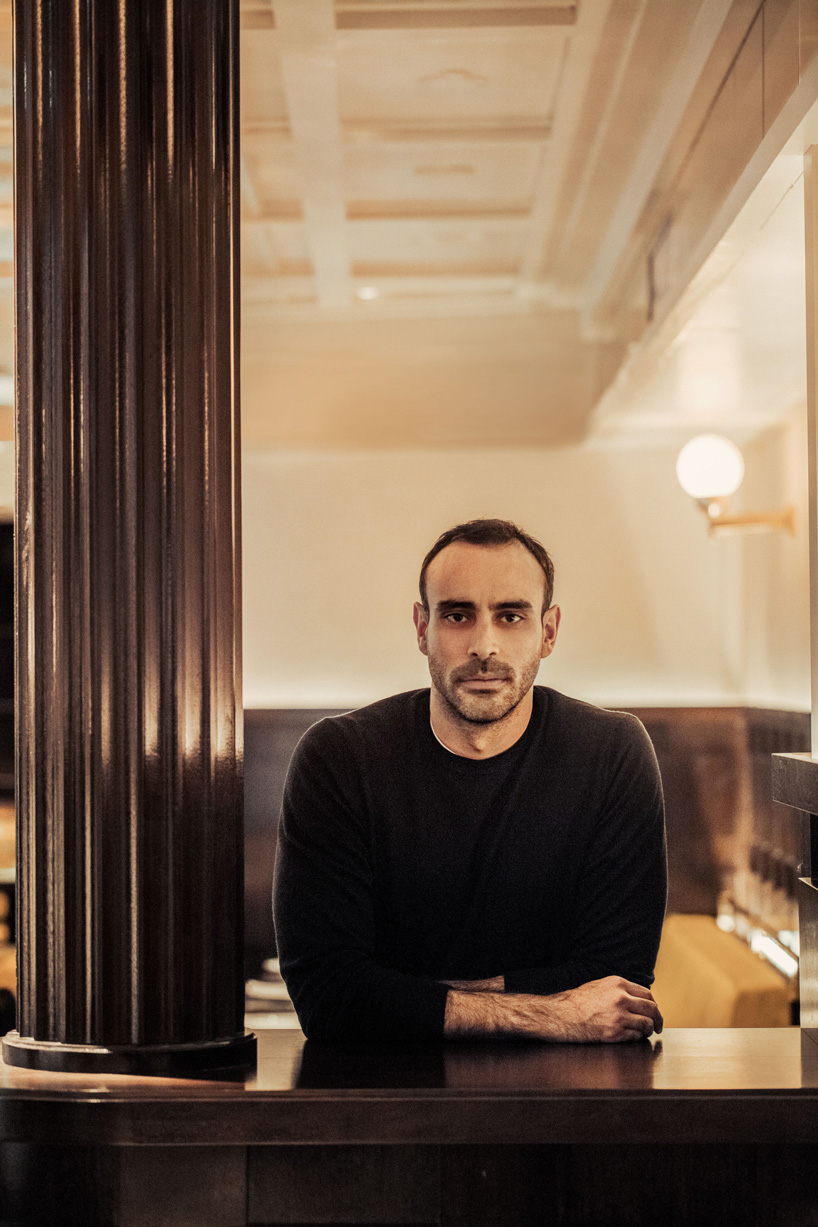 ‘the three experiences were very important for me, fundamental I would say. with dominique perrault, I learned what means working in a big agency with strict processes and methodologies. at FAI, I understood that I wanted to be an interior architect, after the several hours I spent inside all these beautiful villas and castles like villa necchi, villa panza and villa balbianello on the lake of como. with dimorestudio, I hybridized my architect fundamentals with the taste of colors, objects and atmospheres.’ 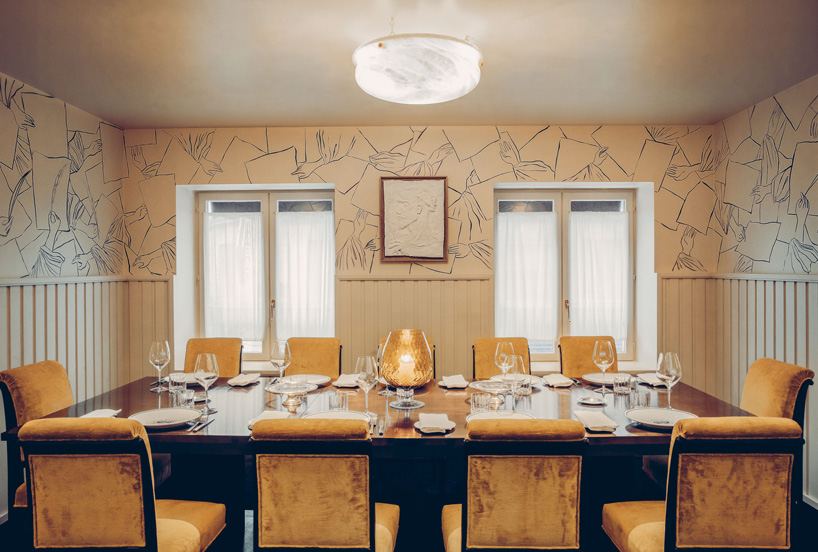 ‘I am pretty liberal and progressive in life in general. but I think that there is no social progression without a relevant consideration of the past. on design, it’s the same thing: the best artistic and architectural ‘avant-guardes’ have always a strong link with the past. let’s think about cubism, abstractionism and even brutalism: they all have references in the past. that is what allow us to achieve the best contemporary ideas I think.’ 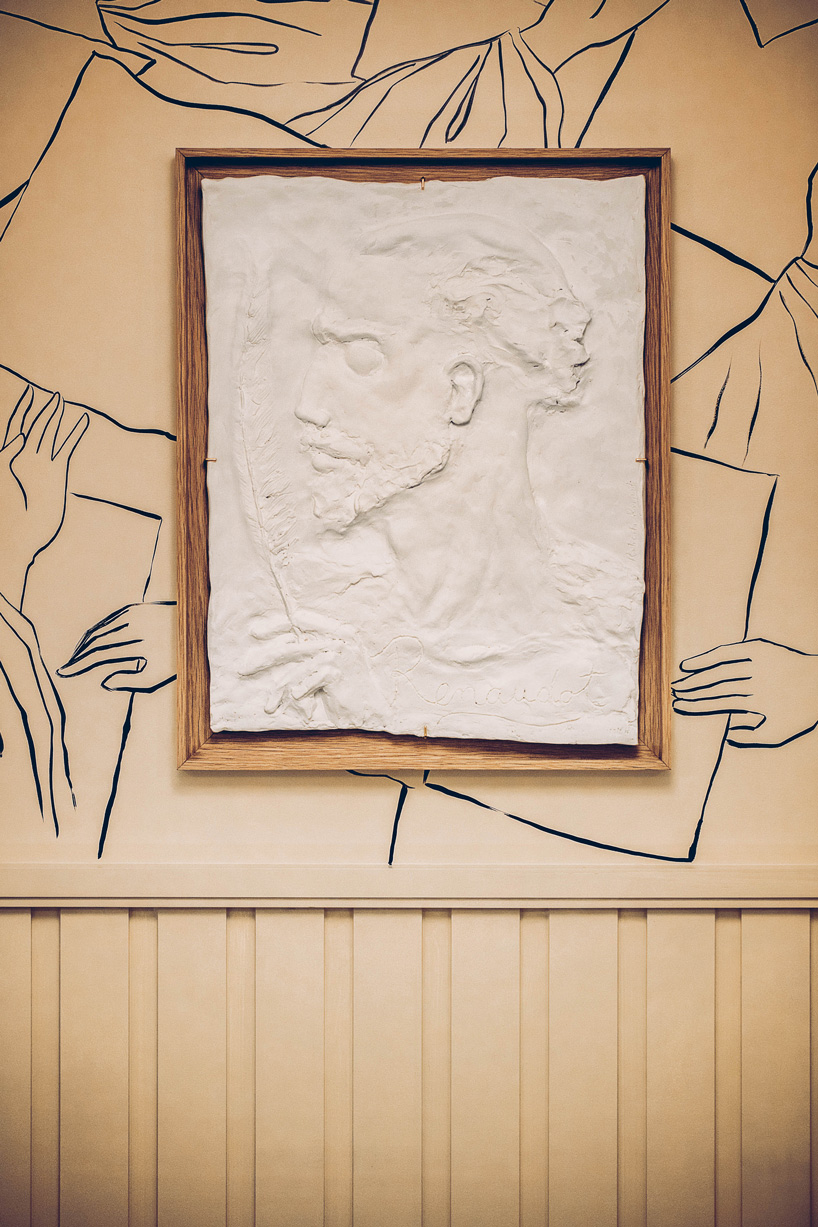 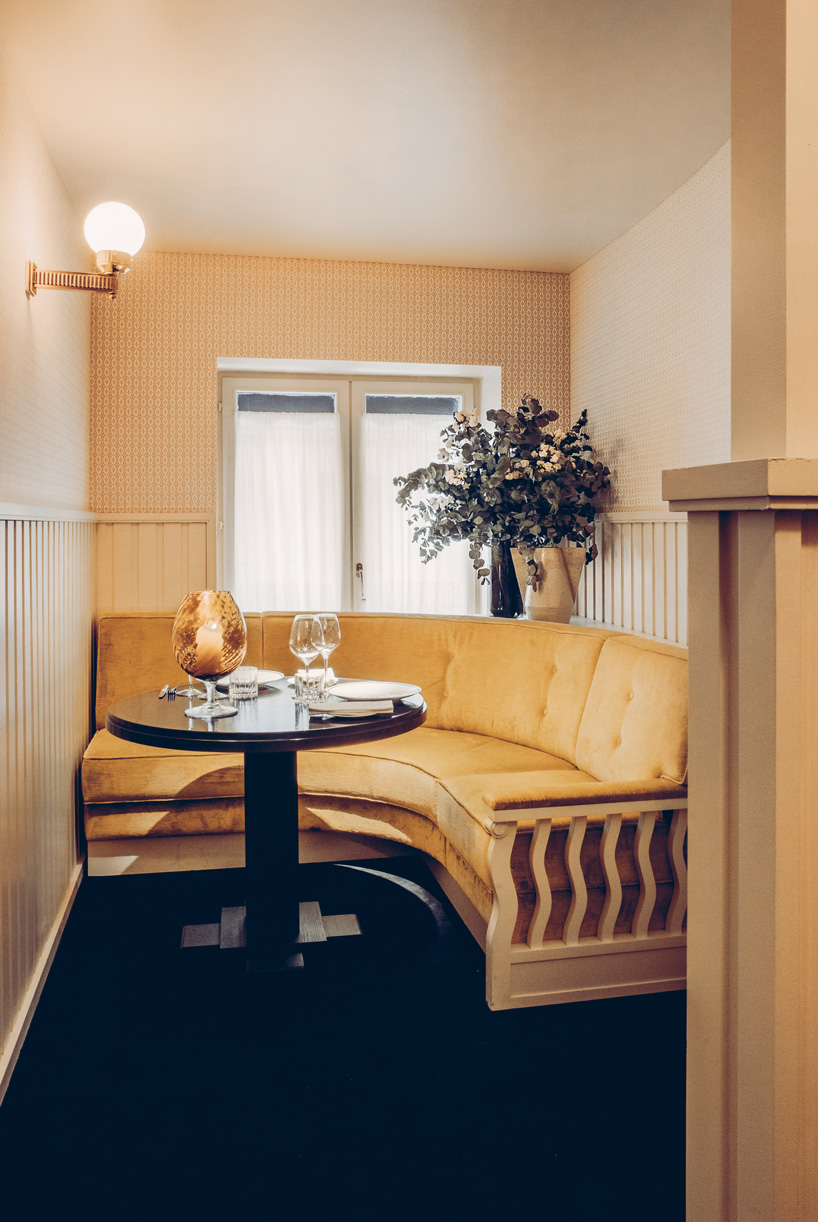