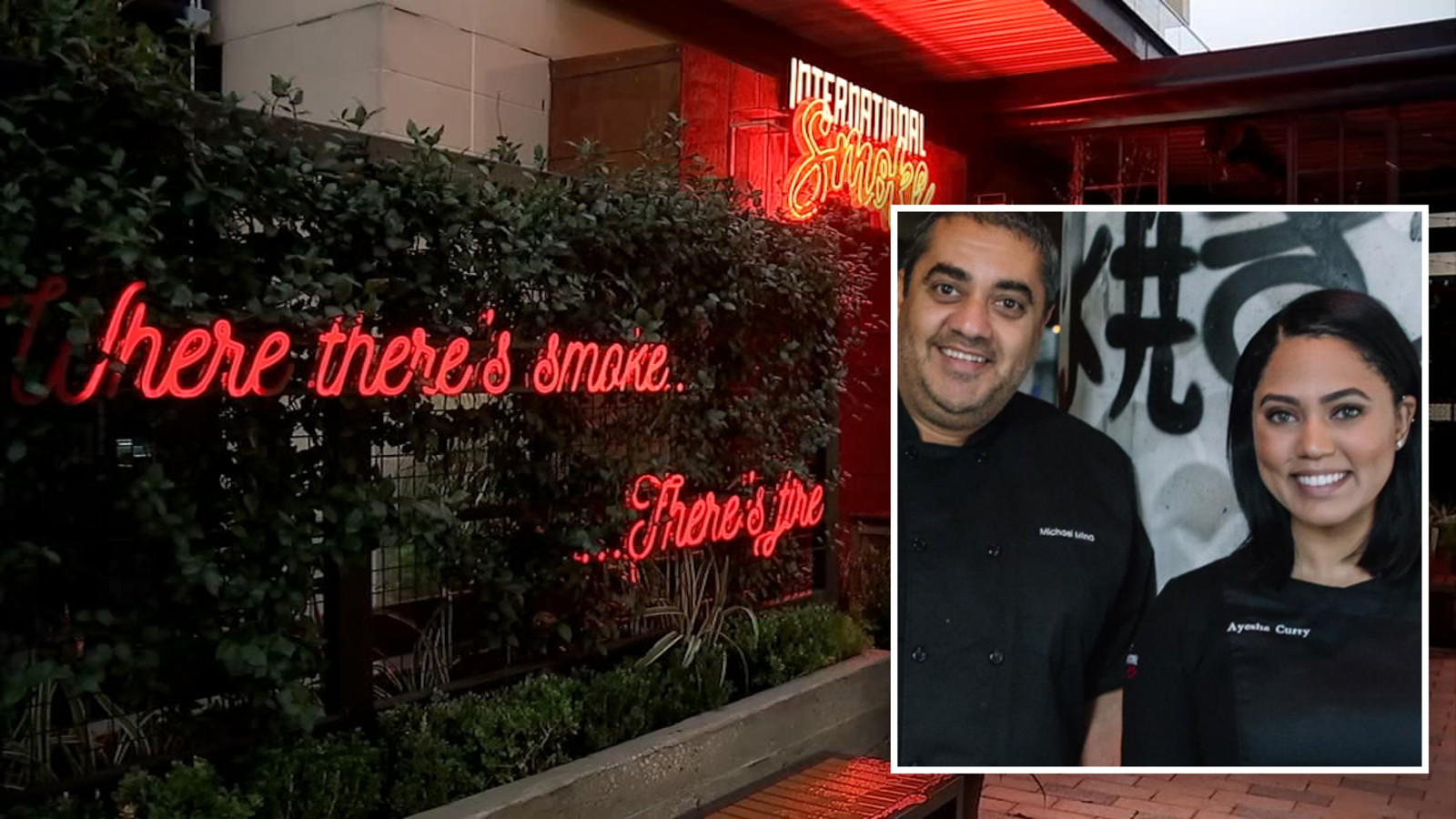 HOUSTON — The Houston restaurant co-owned by Ayesha Curry has abruptly shut down.

Ayesha is the wife of NBA star Stephen Curry, a three-time champion and two-time MVP. Ayesha has developed fame of her own with her cookbooks and shows.

International Smoke was one of five locations in the country, also co-owned by celebrity chef Michael Mina, who runs a restaurant empire under the Mina Group.

Several people are shocked to find it closed, including one viewer who said he had a reservation for an event there this week.

The restaurant was faced with trolling Houston Rockets fans before it opened.

Vinit D from Houston wrote, “This is absolutely the worst place to go — her husband ripped our hearts out and now she has the guts to open up a place here? I would never set foot in this place even if it was the last place on earth.”

He added a little extra to the review saying, “P.S. this restaurant is full of snakes.”

As of Tuesday night, the reason for the Houston restaurant’s closing was not disclosed.

There was a notice on the door stating the landlord changed the locks for failure to pay rent.

International Smoke, though, released a statement confirming the closure:
“International Smoke Houston will be closing its doors, effective immediately. We are grateful to all of our staff and guests for all of their support in the time that we’ve been open. We look forward to welcoming our guests at one of our other International Smoke restaurant locations in in San Francisco, Del Mar (just north of San Diego, CA), and Aventura (just north of Miami, FL), as well as the newest addition in Las Vegas, slated to open before the end of the year.”

ABC13 asked the company about gift cards and other holiday events, but no specific questions were answered.

The video above is from a previous story.