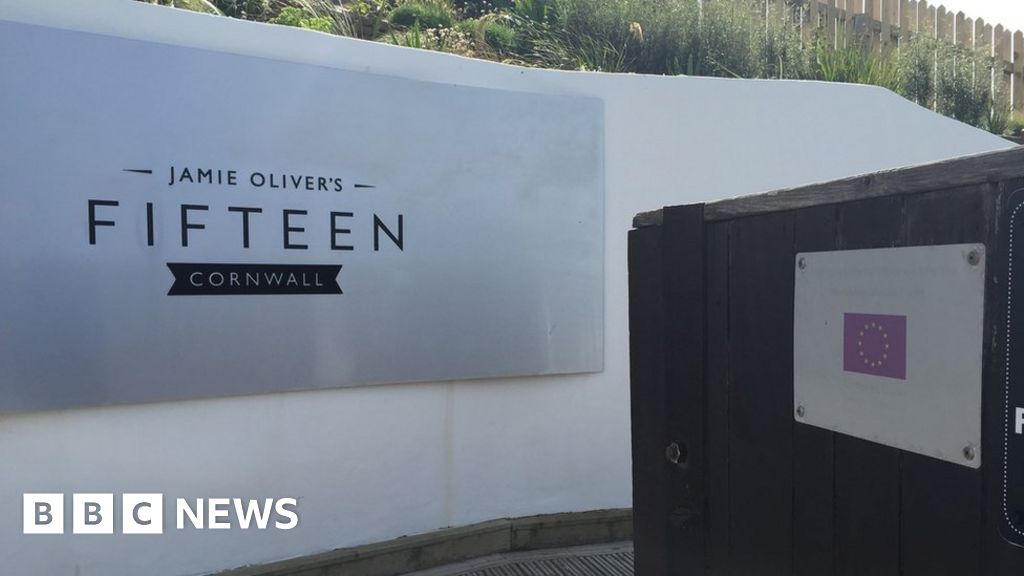 Jamie Oliver’s Fifteen Cornwall restaurant is closing with immediate effect, putting up to 100 jobs at risk.

Fifteen Cornwall, which opened in 2006, trained unemployed people to work in its kitchen, near Newquay.

Jamie Oliver’s restaurant group went into administration in May, with the likes of Jamie’s Italian closing.

Trustees however, told the BBC Fifteen Cornwall’s closure is unrelated.

Approximately 70 jobs are at risk in the restaurant, while 30 posts at the charity are expected to be lost.

Mr Oliver said he was “surprised and saddened” about the latest closure.

CFF chief executive Matthew Thomson, said: “I am profoundly sorry for the hurt, loss and distress this announcement will undoubtedly cause”.

In a statement, CFF said: “As a charity and social enterprise restaurant we have welfare and safeguarding responsibilities that we are doing our utmost to resolve.

“We are talking with partners to find a way for the support for people to continue including those on the Fifteen training programme and Food for Change”.

Those who had booked to dine at the restaurant over Christmas have been told their reservations had been cancelled.

A statement on the restaurant’s website said those who have paid a deposit for their booking “are an unsecured creditor”.

Customers who have paid by credit card, however, “will likely be able to make a claim via your credit card provider”.

“Both organisations have always been run separately from us, but the team has done an amazing job with the trainee programme, training over 200 chefs and reaching so many more along the way – so this is a huge blow,” Mr Oliver added.

“My thoughts are with everyone affected.”

Fifteen Cornwall’s former executive chef Neil Haydock was “shocked and really saddened” to hear of the news but said the industry is “crying out for chefs”.

He added: “It puts chefs back on to the market and hopefully they’ll find good jobs really quickly.”

Last month, the restaurant had announced it was searching for a new cohort of apprentices.