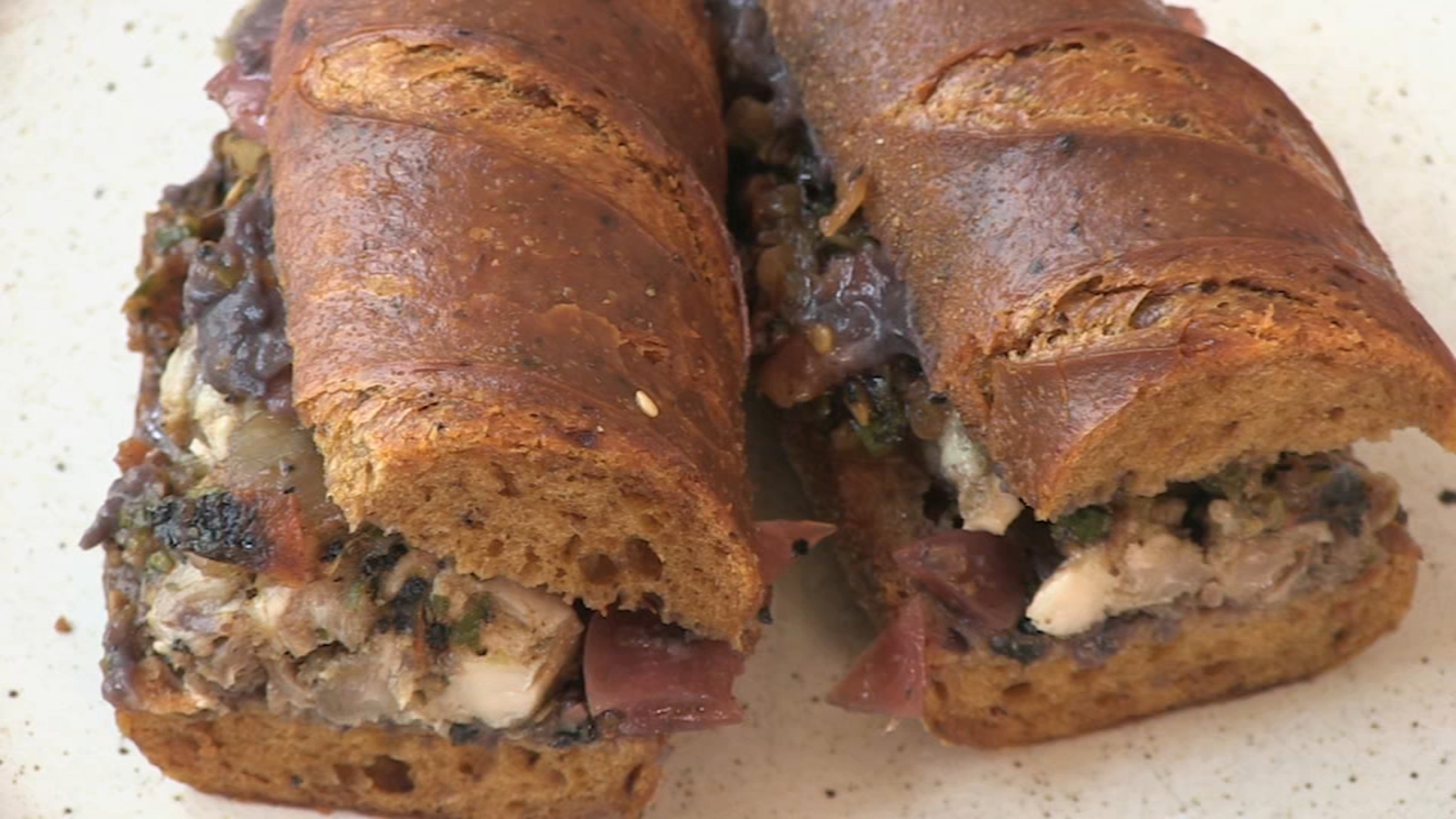 CHICAGO (WLS) — A new bakery celebrating Mexican culture and tradition recently opened next door to its more popular sister restaurant in River North. ABC7’s Hungry Hound said the breads and pastries alone are worth a trip. From traditional conchas and taleras, to a few creative takes on sandwich bread, rumor has it that there’s a lot more than just croissants and coffee.

Carlos Gaytan has been getting a lot of attention for his new restaurant, Tzuco, across the street from Holy Name Cathedral. The lesser-known bakery next door, Panango, is making a name for itself by really packing a lot of creativity into those Mexican recipes.

The head baker, who comes directly form Mexico, says the creative success is the result of a lot of trial-and-error. Her take on pan dulce, pan de muerto and a couple of savory breads is what is really grabbing attention.

Karen Trejo has been working for months on the recipes at Panango in River North. Located next door to Tzuco, she said she begins with an all-natural starter containing wild yeast, which she uses to to make traditional breads like conchas, pan dulce and a handful of pastries.

“Mexico is a lot of colors and ingredients and many mixes of flavors,” she said. “Guava and cheese is a typical dessert in Mexico so we have it in a pastry.”

Brushed with an egg wash to give them a glorious sheen, she bakes them for about 20 minutes. When they emerge, she lightly sprays the pastry with a sugar syrup. The same process goes for her banana-nutella pastry, which has flaky layers hiding lots of sweet pockets. If you’re a chocolate person, then her conchas might be for you.

“Concha is like a soft brioche and on the top you’ll find that crunchy texture and very sweet chocolate sauce,” said Trejo.

Pan dulce, or sweet bread, is something found throughout Mexico and of course they had to have their own version at Panango.

“It’s something that is big in Mexico. Pan dulce is always, I mean in the morning, it has to be on the table,” said Executive Chef Carlos Gaytan.

Gaytan and Trejo have collaborated on the full menu, which features sandwiches and Mexican-inspired salads to-go throughout the day.

The sandwich program is noteworthy, with traditional taleras, baked on-site, then split in half, shmeared with mayo and lightly griddled. It is eventually filled with black beans, guajillo chile-rubbed ham, pickled jalapenos and Oaxacan cheese. While that might have your mouth watering, it’s her two other sandwich breads that warrant attention. One of which is made with huitlacoche.

“Huitalacoche is a mushroom that grows inside the corn. We call it the Mexican black truffle,” said Trejo.

The huitlacoche imbues the bread with an inky black hue, and when filled with grilled vegetables and guajillo paste, is known to offer an earthy, satisfying lunch. The same goes for the salsa macha bread that is made with a salsa containing guajillo, arbol and ancho chiles. Sliced in half and shmeared with black beans, it’s layered with cooked pork and a rustic molcajete salsa.

“We braise it with guajillo peppers, we incorporate some black bean puree and avocado,” said Gaytan.

In Steve’s Extra Course video, he takes a look at a pastry Trejo makes called a Garibaldi, featuring pound cake and passionfruit.