The holiday season can bring out the best in people, perhaps inspiring some generous restaurant patrons across the country to spontaneously leave four-figure tips for their servers.

On Saturday, a group of friends in New Jersey surprised their IHOP waitress with a $1,200 tip — and one of the do-gooders is now saying he hopes the practice becomes an “annual tradition.” 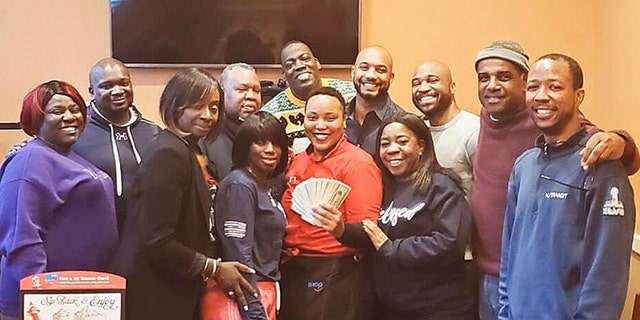 On Saturday, a group of friends in New Jersey surprised their IHOP waitress with a $1,200 tip.
(Zellie Imani)

“If you and your friends have the capacity and heart to pool your money to give a large tip to a waitress this holiday season […] I encourage it,” the man tweeted in a now-viral post, which has since been liked over 2,500 times. “You’ll be surprised how many of your friends would be supportive of the idea!”

The man added that the server, who worked at a Paterson location of IHOP, initially thought the gratuity was a mistake and tried giving it back. 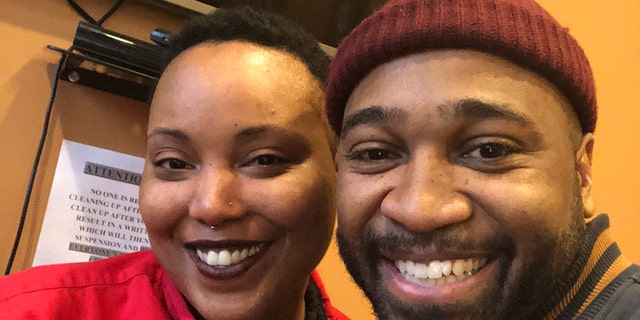 Though the waitress at the Paterson IHOP was reportedly confused by the cash, one of the do-gooders hopes the practice becomes “an annual holiday tradition.”
(Zellie Imani)

Apparently, the spirit of giving is also in the air at several Cracker Barrel restaurants, as diners in Ohio, Georgia and Tennessee also left serious sums for restaurant workers last week. 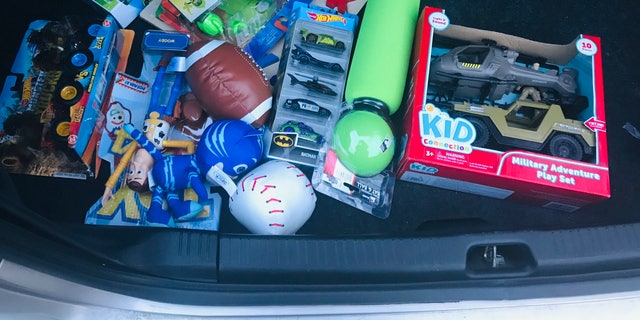 On Dec. 8, a customer at a Cracker Barrel in Middletown, Ohio, stunned grill cook and single mom Marisa Larkin by purchasing Christmas gifts for the woman’s young son. A spokesperson for the restaurant told Fox News that “anonymous guest” overheard other workers talking about Larkin, and decided to pay it forward.

“Upon finishing her meal, the good Samaritan took it upon herself to go down the street, purchase the gifts. The guest gave all of the presents to the [manager] and asked that they be delivered anonymously to Marisa,” the spokesperson said. “It’s a gift that Marisa will never forget.”

And in Georgia, last Tuesday, a group of women from a Dalton-area church asked “to be waited on by a server in need.” Introduced to waitress Laurie Malcolm, the patrons later left the single parent a $1,400 tip to help with bills and holiday shopping for her family, “bringing Christmas spirit to all that day.”

The next day, another large group arrived at a Cracker Barrel in Dublin, Ga., asking for the eatery’s “best” server. When later paying the bill, the 11-person party stunned server Janet Ballard when they left her a $1,100 tip. The employee also broke down in tears after she was given the tip, as seen in photos from Wednesday morning. 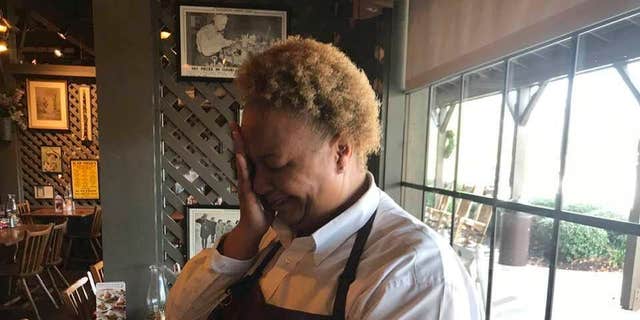 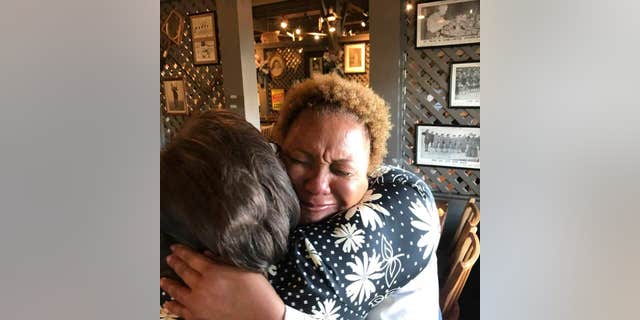 Ballard reportedly broke down in tears when she received the generous gratuity.
(James Deal)

Spreading holiday cheer on Dec. 13, a Cracker Barrel patron in Knoxville, Tenn. also left a server $1,400, according to a spokesperson for the chain.

Earlier that same week — but not at a Cracker Barrel, this time — a waitress in North Carolina was surprised with an $800 tip from a “secret Santa.”

“It made my Christmas,” Pam Palazzo, a server at Cookhouse Restaurant, commented of the surprise.

The woman was truly touched by the generous gift, sharing that it was a huge help to her family as her husband has colon and liver cancers. The couple had been focusing on paying medical bills, and they weren’t really thinking about Christmas, Palazzo said.

That’s not all: In related headlines, a California waitress was recently given a generous $1,000 tip after a customer learned she would have no income when the restaurant was forced to close for a week. In addition, a set of twin sisters, both longtime waitresses at a Colorado inn, received a shared $2,700 tip as part of a generous holiday tradition from a 30-person party.