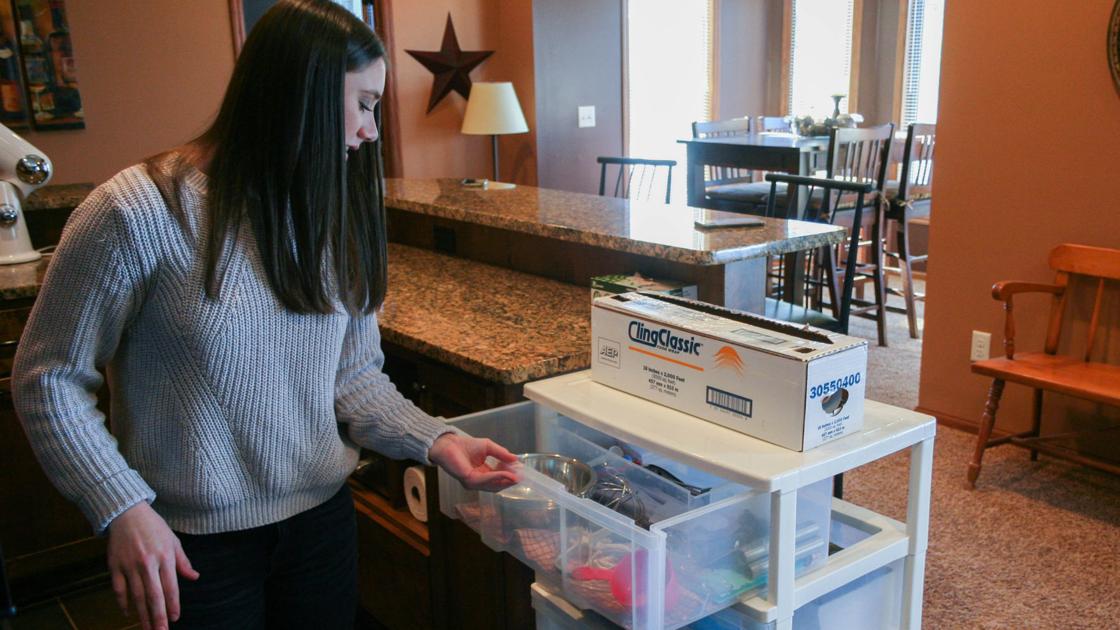 Emily Tiritilli made her own birthday cake for her 18th birthday in September, a pretty-in-pink vanilla confection covered in frosting swirls, sprinkles and a vanilla icing drip. It was both a sweet treat and an inspiration for the Prior Lake High School student.

“I was watching all of these Instagram videos of all these cake companies every day, and they’re making cool videos, and I’m like, I could do that,” Tiritilli said. After making her own, she went further: “I should do this for a job.”

In October, she launched Emily Grace Cakes, making wedding cakes, cupcakes and cookies. Since then Tiritilli has been juggling school and a personal care assistance job in between two to three cakes a week.

Tiritilli makes all the desserts from the basement of her family’s Prior Lake home, filling the downstairs fridge with dozens of sticks of butter and a nearby closet with bulk quantities of flour.

On Monday, she started a cupcakes fundraiser promising to donate a nonperishable item for every cupcake sold through Dec. 23. So far she’s made 100 donations to Reaching Our Community’s Kids, a Prior Lake-based nonprofit that distributes food to food-insecure students and families.

“I really love that she’s using her business to help others and give back to the community,” Kaye Tiritilli, the teen’s mother, said. “It’s not just about the money.

Emily Tiritilli grew up at her mother’s side in the kitchen, pulling herself up on a step stool to reach the counter in the early days. They’ve spent countless hours together making cookies, cinnamon rolls, pies and pumpkin bars.

“From a very early age she just — more than her sister did — took to it and just always enjoyed it and helped me,” her mother said. “In the last few years she just pretty much took over and devised some of her own recipes. Anything we want something, she’ll just hop to it.”

For the younger Tiritilli, the kitchen is a place to unwind and throw herself in to the artistry of cake-making and decorating for friends, families and customers. Early reviews on her Facebook page praise the pastries’ taste and cuteness.

“It’s just relaxing,” Tiritilli said. “I rarely eat any of it. I just love making it.”

She’s taking all of her orders off of her Instagram and website, relying primarily on word of mouth to bring requests in. But she has much bigger dreams for the future. She plans to pursue baking after graduating and dreams of opening her own bakery in Prior Lake.

“It’s something that I’m passionate about, and I can turn it into a business and hopefully make a living out of it,” Tiritilli said. “I think that passion can go a long way.”

“I Feel More Comfortable, It Is Too Hot Outside’, Miami-Dade Restaurant Patrons Applaud Resumption Of Indoor Dining – CBS Miami