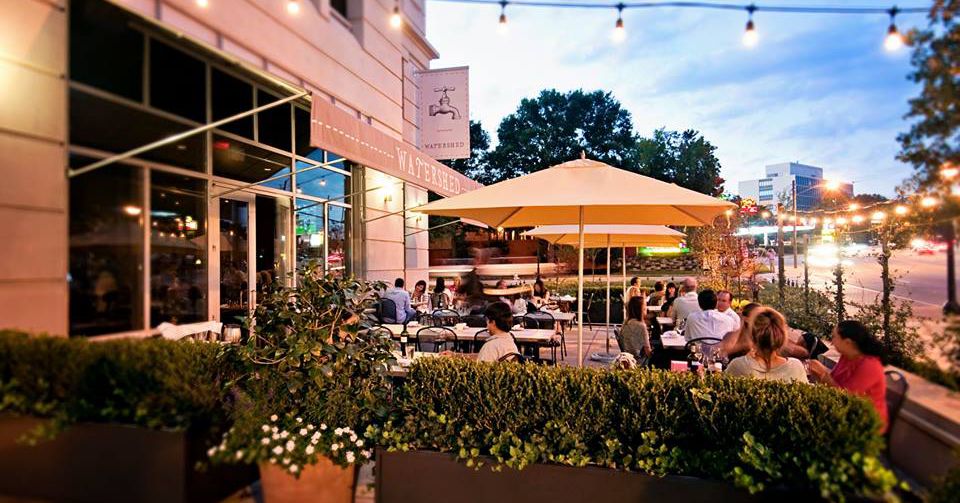 Marcus tells Eater the Brookwood Hills restaurant is only open Thursday, Friday, and Saturday this week ahead of its final day of service on December 28. The chef declined to comment further on his decision to close the restaurant or his future plans, including whether he intends to reopen Watershed elsewhere in the city.

The opening menu for Marcus’ rendition of Watershed included a jellyfish carbonara topped with a cured duck egg and ham bits and a $350 plate of French fries paired with Krug brut rosé champagne. He later walked back these items in favor of more Southern-leaning dishes like “dope beets” with smoked Mississippi catfish rillettes and a pork loin and cheese grits empanada.

Watershed was listed for sale again this past September via the Shumacher Group for $250,000, with a monthly rent of $17,500. The listing has since been discounted to $150,000, but the monthly rent remains the same. Eater reached back out to inquire about the status of the sale.

When reached for comment in September regarding the decision to sell the restaurant and possibly reopen in a new location, a representative speaking on behalf of Marcus told Eater, “The Watershed family deeply appreciates the continued support of the Atlanta dining community. We cannot wait to share more exciting details later this fall.”

In 2011, Jones and Saliers announced they were relocating Watershed to its current location at the Brookwood in Brookwood Hills. The move proved successful, with the restaurant gaining a fresh following amongst Atlanta’s intown residents and tourists. Following the departure of chef Joe Truex in 2014, Jones and Saliers brought on chef Zeb Stevenson. Stevenson and Jones just opened Redbird in August at Westside Provisions District in the former Bacchanalia space.