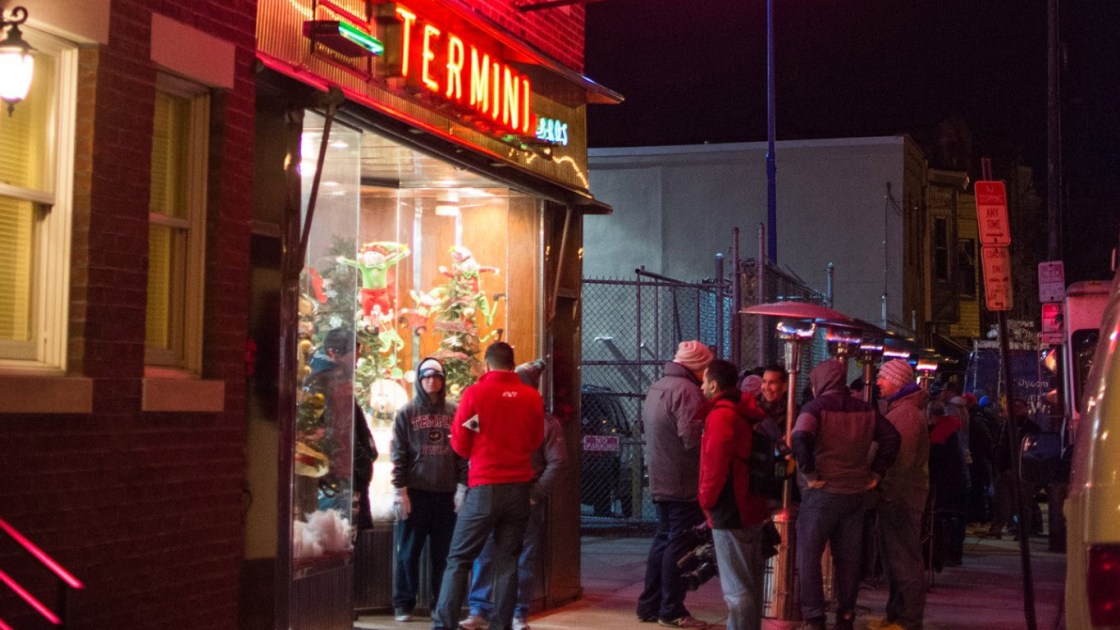 In the early morning darkness of predawn Christmas Eve, Termini Bros. Bakery is a beacon of warmth. Starting hours before the store’s 6 a.m. opening, scores of people queue up outside the South Philly bakery to pick up cannoli and other classic Italian treats for their holiday celebrations.

The tradition has been going on for decades, almost as long as the 98-year-old bakery has been around. It continues this December — with a charitable twist.

After customers enter the shop and get their signature hug from Vince Termini Sr., they’ll be given an option to make a donation to the Passyunk Square Civic Association, which is collecting money for those affected by the recent rowhouse fire.

The blaze that broke out last week at 8th and Reed displaced at least 60 people from their homes, and caused two deaths. As families scramble to repair their lives, neighbors have stepped up. Some nearby restaurateurs gave away free meals on the day of the catastrophe itself.

At Termini Bros. HQ — less than two blocks from ground zero — third-generation owners Joe Termini and Vince Termini Jr. realized they could have the most impact if they paired a fundraiser with the store’s annual pre-Christmas rush.

“We typically have a few hundred customers during this event,” customer service manager Kimber Miller told Billy Penn, “so we are expecting to raise a large amount of funds.”

Each person who drops $20 into the jars set up on the retail counters at the 8th Street store will receive a Termini hat in return. That’s in addition to the free hot chocolate, coffee and bagels the crew gives away to folks as they wait in the cold for their turn indoors, where the room is enlivened by old-school accordions playing holiday tunes.

Can’t make it to South Philly but still interested in helping as you pick up sweets? The family’s locations in Reading Terminal Market and the Shops at Comcast Center will also participate in the fundraiser. Instead of a hat for your $20 donation, you’ll get a branded t-shirt or apron instead.

Great food, cool gifts and a good cause — Philly holiday spirit at its best.