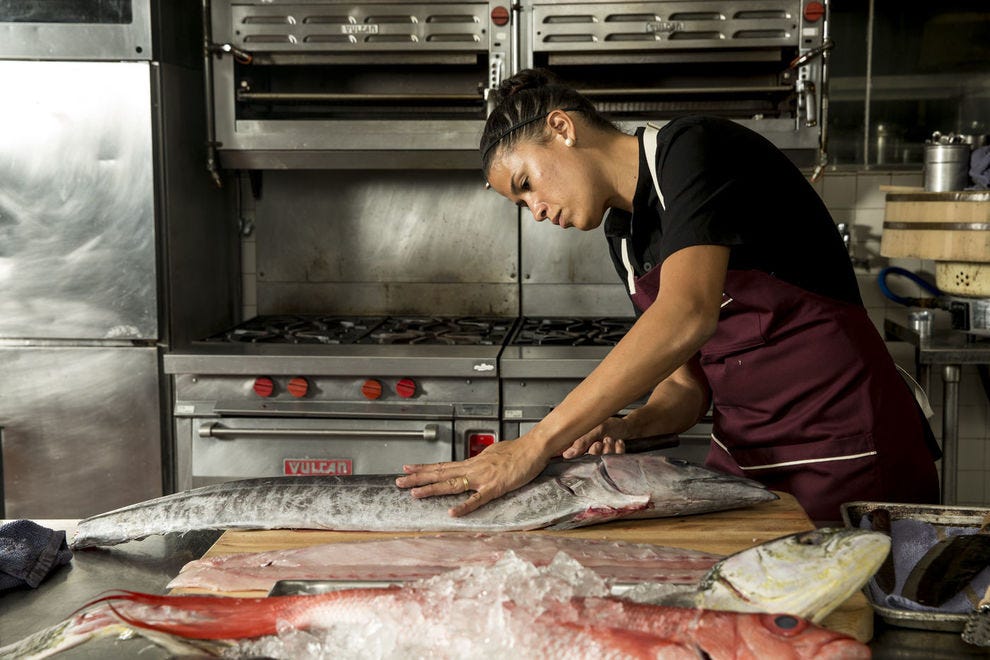 Taking the reins at a newly-reinvented restaurant was another great adventure in the life of chef Isabelle “Bella” Toland, who loves blending flavors and creating imaginative dishes. In early 2019, she took on the role as Executive Chef at the Banyan Tree restaurant, a stunning destination located in the luxurious Ritz-Carlton, Kapalua on Maui.

Here, she combines cultures and inspiring ingredients, serving beautifully-presented specialties in this open-air restaurant that overlooks the Pacific Ocean on the Hawaiian island’s northwestern shore.

Just months ago, while in the midst of a complete refurbishment from top to bottom, including most of the design and décor, Toland joined this legendary eatery with enthusiasm. And she began to work with the team to redesign the menu to match the ambiance of this restaurant with exceptional ocean and beach views.

This visually impressive indoor-outdoor, casual-yet-refined restaurant features seating for over 100 guests, a lanai, fire pits and poolside dining. In addition, the full bar serves up craft cocktails and features an extensive wine list. 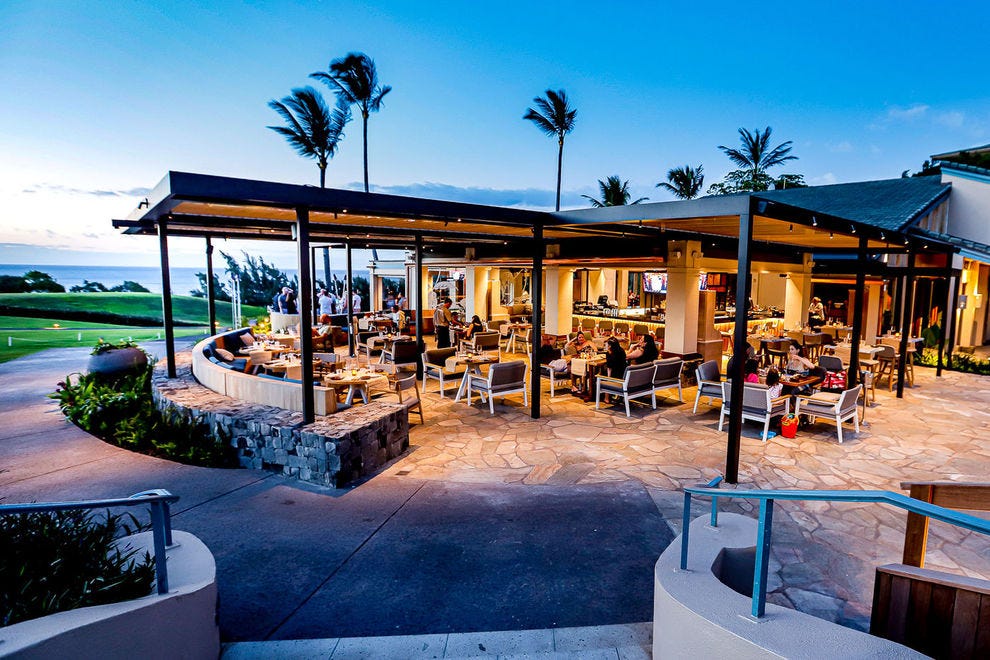 Toland’s career has been on an upswing from the start. Although she’s in her early 30s, she’s had a great deal of experience working in a number of locations across the United States.

After graduating from the CIA (Culinary Institute of America) in Hyde Park, New York in 2007, she honed her culinary skills at several noteworthy establishments, including the Wolfgang Puck Fine Dining Group (in Las Vegas, Los Angeles and Maui). She was also the executive chef at Travaasa, a luxury resort in the town of Hana on Maui, until last year.

She explained, “It’s significant to be chosen as chef of the newly-redesigned Banyan Tree because we’re changing everyone’s perception of what a restaurant should be, and creating an experience that can change and be molded into anything. We have plans to really dig deeper and allow ourselves to create and play with ingredients.” 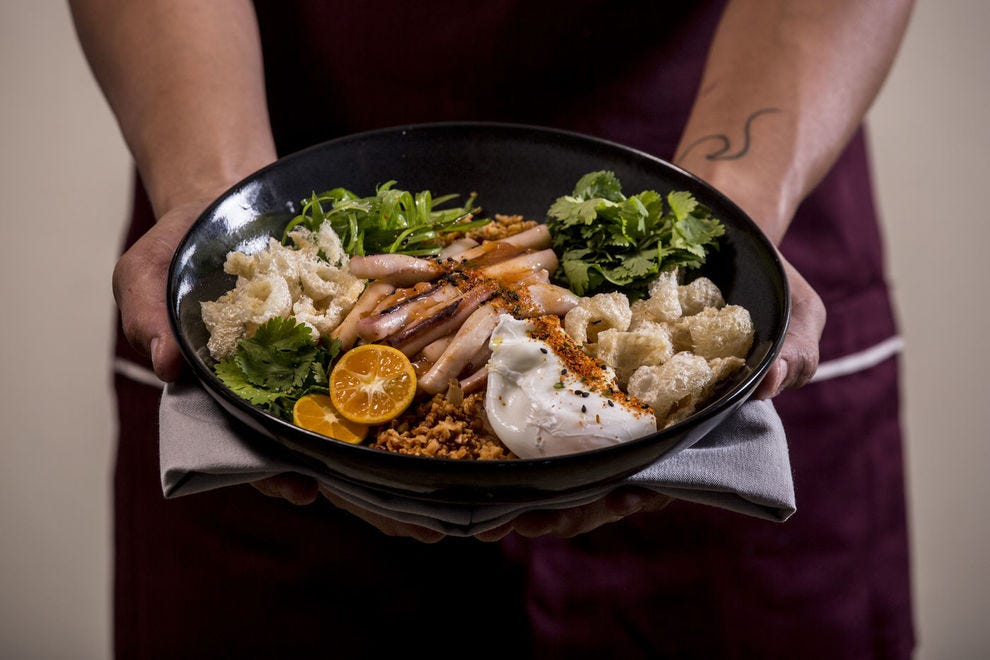 At Banyan Tree, she spent the first few months tirelessly developing the menu, making dishes again and again for testing. She revealed, “At first, we came up with a menu that was double the size it is now and then we worked as a team to narrow it down to the favorites.”

The result? The new menu at Banyan Tree showcases the flavors of Hawaii, as well as other cultures found on the islands, such as Japanese and Filipino. Some of these creations are unique twists on dishes that chef Toland enjoyed while growing up.

Although she’s lived in Hawaii for over ten years, she was born in Bordeaux, France and raised in Manila in the Philippines, which influenced her French-Filipino cooking style. As a teen, she spent a great deal of time on the Big Island of Hawaii, as her father settled there. 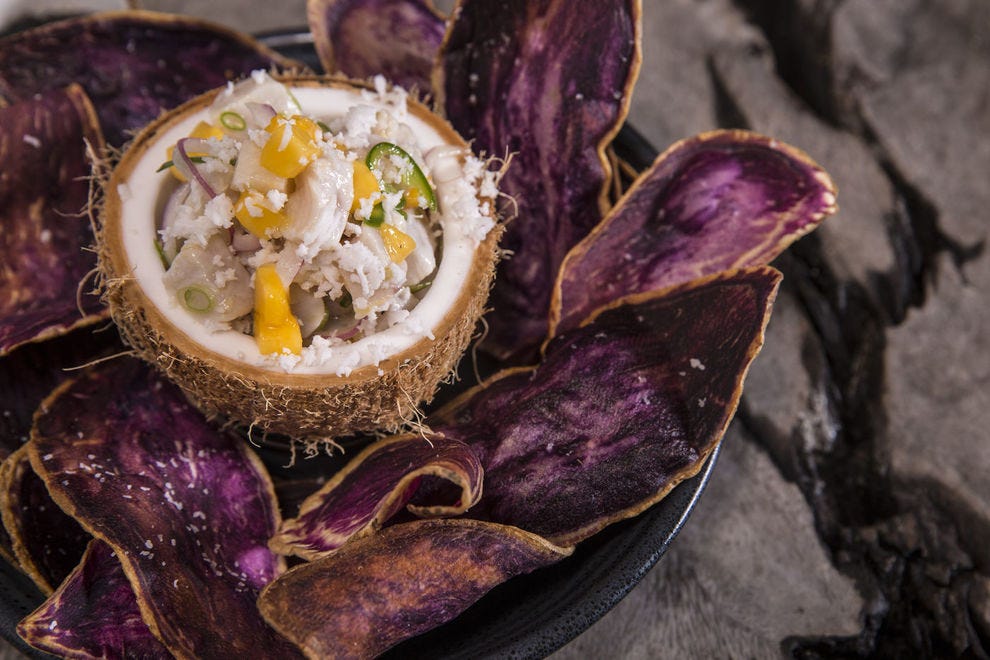 Toland believes in life balance and has a host of hobbies outside of the kitchen. As an avid diver and ocean-lover, she is drawn to adventure. In fact, she and her husband trekked to Mount Everest’s base camp a few years ago. So, when creating dishes for the new menu, she intended for the recipes to have a somewhat adventurous spirit.

She focused on including unfamiliar ingredients to encourage guests to try something new and different. A few of these include annatto seed, Palabok noodles (thick cornstarch noodles) and fermented black beans.

Although she uses as many local ingredients as possible and enjoys working with the island’s farmers, she was able to harness a few flavors that inspired her from Nepal, as she became fascinated by the nuanced spices that can transform the same dish.

She explained, “While in Nepal for over twenty days, we ate the same dish every day – and it tasted completely different and was so delicious. That’s because every family makes their curry differently – and every tea house makes their tea differently.” 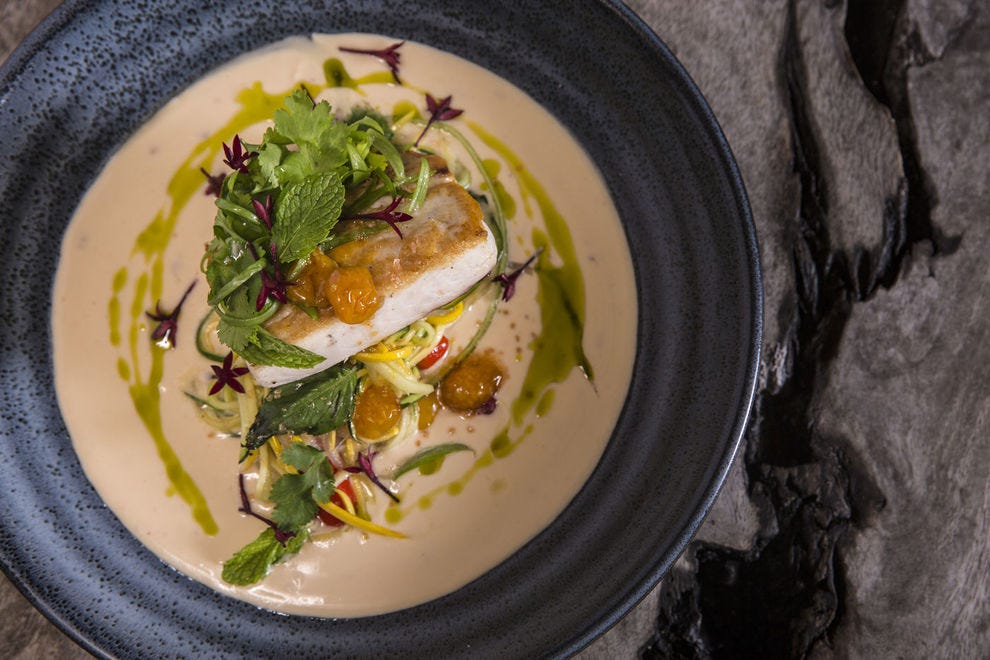 This philosophy is apparent in her chimichurri, in which she adds grilled herbs. “Most chimichurri dishes are made with parsley, onion, garlic and red wine vinegar,” she says. “Ours is slightly different and features green onions, tarragon, lemon, orange and some vinegar.”

The Banyan Tree menu showcases a wide array of options, including island-style ceviche, mahi-mahi and meat dishes as well.

A few of Toland’s personal Banyan Tree menu favorites include the braised octopus salad, accompanied by pounded taro root, carrots, radish and finger limes; tomato salad, made with house ricotta cheese from the local Surfing Goat Dairy, as well as avocado, papaya, Maui onion, basil and lemon; and the seafood pot (for two). This features spicy-coconut broth, with the fresh catch of the day, lobster, shrimp, Bihon noodles and fresh herbs.

Although she admits she’s a big fan of Filipino street food, she says that her cooking has evolved into a rustic style over the years. “I want our guests to really taste the vegetables that they eat. I want them to imagine where it’s from and how it ended up on the plate.” 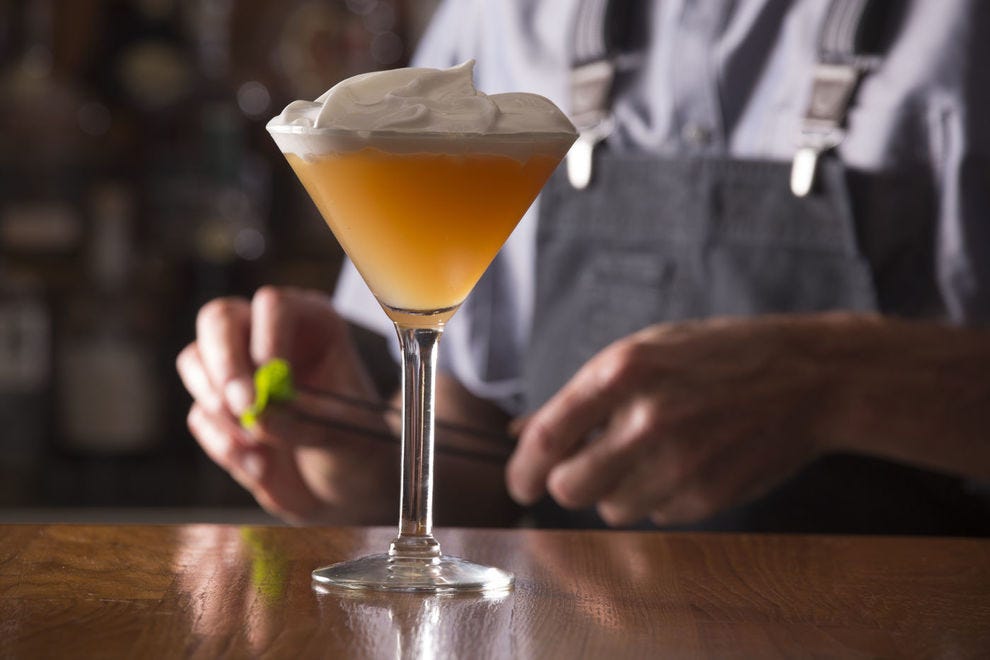 For dessert, her moist and chewy bibingka cake has quickly become a fan favorite. She also created a distinctive tea that was inspired by her Nepalese travels, made with ginger, turmeric, mint, honey and lemon.

When asked about her experiences as a woman in a male-dominated industry, she simply replied, “I’ve always had a hard time answering that question. As proud I am to be a woman, I’m just a chef. Today, it’s all about the equality. Women can hustle – and we can do anything.”

Not one to turn down a challenge, she’s always seeking to introduce guests to new flavors and tastes. She explained, “I’m most proud when I can create a dish that changes someone’s views on food. I am most motivated, for example, if you told me that you hate mushrooms. I will then create a dish that will make you love mushrooms. I believe that all food is great when prepared properly.”