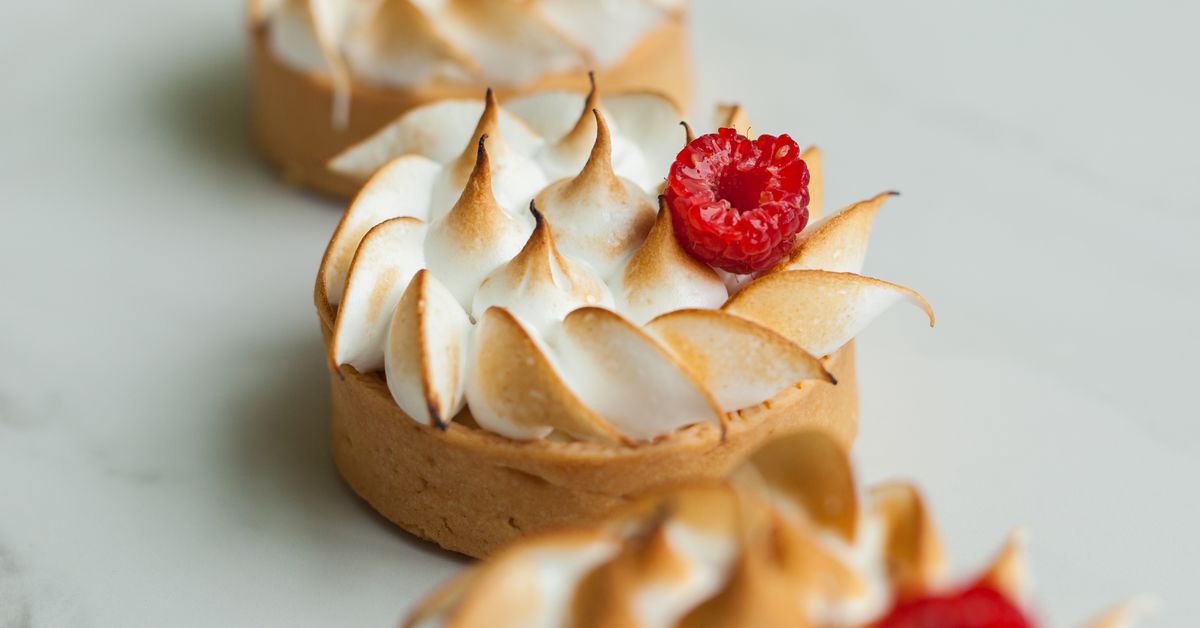 A well-made loaf of bread is a good vehicle for a particular Portland ethos. Bread, when it’s done right, involves artisan grain grown locally, patience, and simplicity; Portland, as a city, likes simple things, made with local products, done impeccably well. It’s why the word “artisan” is often over-used around these parts, and it’s why Portland’s bakery scene has been ahead of the curve for years, thanks to people like Ken Forkish and Kim Boyce.

So when Portland had a bakery boom this year, there was a tendency to bristle at the concept. Did we necessarily need more pastry shops, when we had places like Maurice and Nuvrei and Pix Patisserie? Based on the places that opened this year, the answer was a resounding “yes” — Not because the pastries were just good, but because they were different; they rounded out the scene at large.

It started with Communion Bakehouse. The two in charge, Katharine Zacher (Bar Tartine) and Ryan Ostler (Jook Joint), took the former Satellite Dream Pizza and transformed it into a neighborhood favorite, with creative pizzas on naturally leavened crusts and a killer shakshuka for brunch. if Ostler and Zacher did one thing right, it was opening where they did: Sellwood-Moreland is a tight neighborhood with loyal regulars, and opening a strong breakfast and lunch spot with good pastries seemed like a smart choice for that location. Still, its pastries remain destination-worthy and exciting, with fluffy ricotta doughnuts, savory danishes dusted in za’atar, and evenly browned Basque cheesecakes. Papa Haydn and Piece of Cake run the scene around those parts, but Communion started off the pastry wave by shaking up the neighborhood, adding a fresh culinary perspective to Sellwood-Moreland.

On the other side of Burnside, another set of bakers were working on something very different. Jin Caldwell and Kyurim Lee, two Las Vegas dessert stars, weren’t looking to do the rustic bread bakery thing on their little stretch of Williams. Instead, at Jinju Patisserie, the pastry case came stocked with gorgeous, vertical wonders with impeccable points of meringue and shards of tempered chocolate. Bonbons glistened in shades of electric lime and metallic red, with Pollack splatters of white or black. And for all the pomp and circumstance, the restaurant’s plain croissant is one of the city’s best.

From there, Portland’s pastry scene became even more niche. The two openings above came with a little warning; the arrival of Soro Soro, on the other hand, was a complete surprise — and a welcome one. Tae Kim and Bobae Choi serve cutesy cakes and pastries donned with the faces of bears and kittens, dense and sweet. The best treats often infuse tea flavors, like matcha or earl grey, but part of Soro Soro’s charm is beyond the pastries themselves — it’s the experience as a whole.

Meanwhile, in the Pearl District, the desserts at Little Chkpea relied on the pulp of garbanzo beans pressed for ice cream base, which helped build perplexingly tasty desserts like olive-calamansi Oreo-style cookies. The whole place is gluten-free, including its breads and cookies, and the excitement for the dessert shop was deafening on social media.

Twisted Croissant was similarly highly anticipated, building a following at local farmers markets. The laminated pastry shop is the certainly not gluten free, but the flavors are similarly inventive. Raspberry rose croissant muffins, cinnamon and cardamom croissant rolls, and a Kalamata croissant with the spirit of an olive bread have created a neighborhood haunt.

Portland is entering its adolescence as a culinary destination. For years, the city was defined by a particular narrative: The restaurants in Portland are dedicated to the sustainable, slow-food movement, relying on the wholesome minimalism of good local produce and products. It’s a solid, powerful story, but one city’s restaurant scene shouldn’t consist of a single story — there should be more to say, beyond the now obvious.

Luckily, there are multitudes of people creating a more complicated, nuanced food world in Portland, one with different disciplines, different ideas of what makes a fine meal. Several Portlanders — new and old — are throwing ideas at the wall and seeing what sticks, but it seems that the city’s bakers played with this idea more than most this year. Pastry shops were eclectic ventures, making bold choices when many of the city’s restaurant openings involved comfort foods. Perhaps there’s a certain fallback safety in a pastry shop — no matter how out-there a baker gets, they’re still working with things like sugar and butter. Still, the city seemed reinvigorated in the world of pastry, a good omen for years to come. Sometimes, dessert comes first.

Kesar: The winter super food that can help boost immunity – Times of India

Adding This Seasoning to Your Food May Be Taking Years Off Your Life, Study Finds – Prevention Magazine