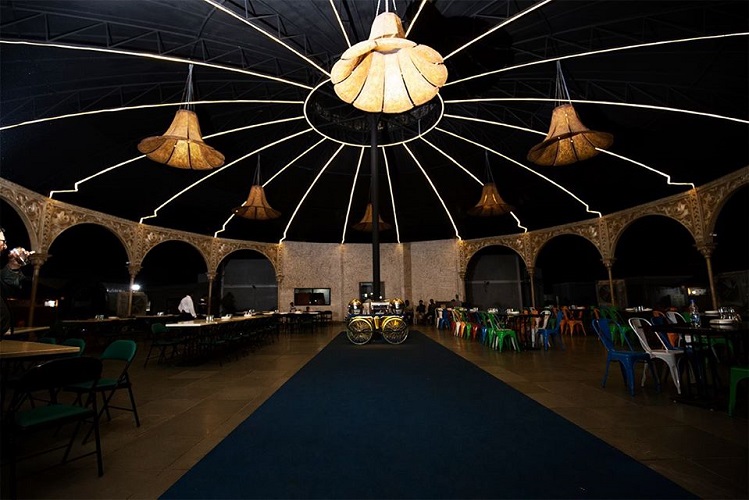 A three-year-old boy in Hyderabad lost his life as his family’s plans for a dinner at a restaurant went awry. The child was killed after he came under the wheels of a horse-drawn carriage at the venue. The incident took place at Shamshabad, on the outskirts of the city, and the boy was identified as Sharef.

The boy’s father was reported to be a businessman in Moghalpura and had decided to take his family on Sunday night to Meraj’s Palm Arabiana restaurant, situated at Gandiguda village, just beyond the outer ring road.

At the venue, there was a horse-drawn carriage that customers could avail as a joy ride. The boy had been playing in the venue’s play zone and was heading inside to eat with his parents, when the carriage hit him suddenly and the wheels crushed him. The police said that it was negligence on the part of the carriage driver.

The boy suffered serious injuries and was rushed to a nearby hospital.

The restaurant comes under the jurisdiction of the Cyberabad commissionerate, and the boy’s father lodged a complaint with the Shamshabad police station. A case has been registered against the tonga rider under Section 304A (Causing death by negligence) of the IPC.

Police said that they were also taking legal advice on booking the management of the restaurant.

Exactly one month ago, a nine-year-old boy had died in Hyderabad at a residential apartment in Raidurgam, after he fell into an elevator shaft. The incident took place at TVS Lake View Apartments, where his family had been living for close to two months.

At the time, the police had said that he was playing with his sister on the third floor when he opened the grill of the lift and looked down. He lost his balance and though his sister tried to pull him back, the lift, which was coming from above, hit him.

Why this chef keeps showing up at disaster zones – CNN