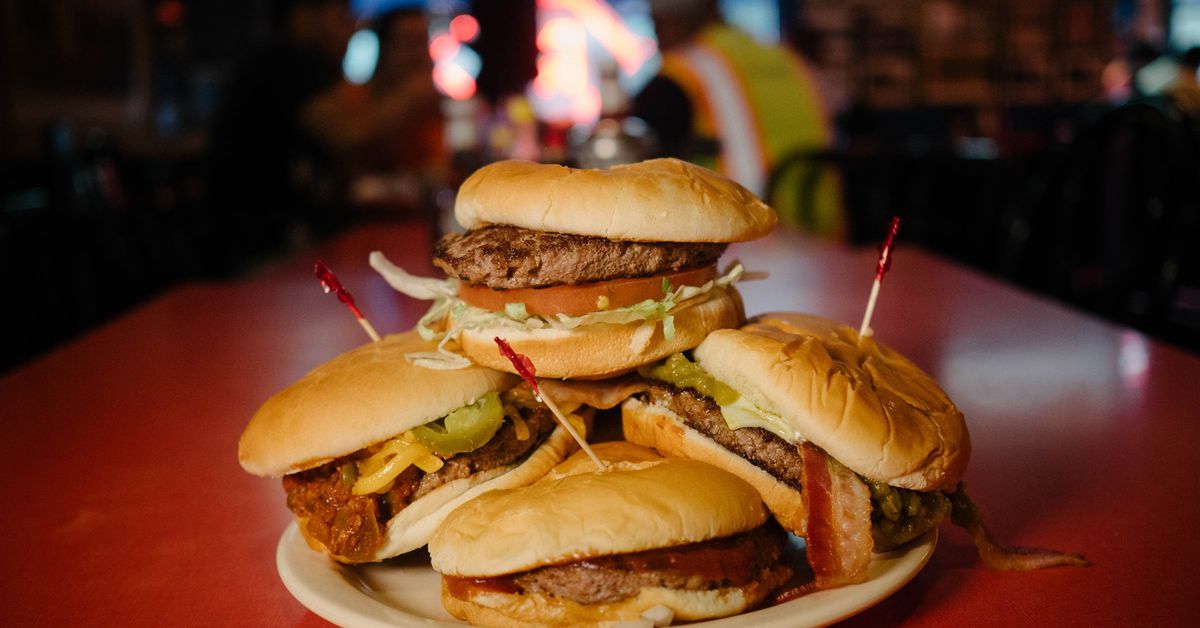 It’s inevitable: with the openings of restaurants come the closing of restaurants, come restaurant closings, and Austin was no stranger to the shock and sadness that comes along with the shuttering of favorite dining establishments. While the city saw its fair share of shutters this year, here are the six biggest restaurant closings of the year, listed in chronological order, from classic restaurants like Hut’s Hamburgers and Eastside Cafe to important deli Noble Sandwich Co. to essential cocktail bar Weather Up.

2113 Manor Road, near Cherrywood
Closed: January 2019
The longtime restaurant, opened by Elaine Martin and Dorsey Barger back in 1988, had been one of the first farm-to-table restaurants in the city. Martin maintained the ethos of truly locally sourced food and cooking in Austin (after Barger left in 2011, now overseeing urban farm Hausbar) until she decided it was time to retire. She made sure the legacy of the space stayed intact by selling the house to Suerte owner Sam Hellman-Mass. Eventually, he is turning the Manor Road space into a new restaurant and gave a temporary home to farmers market stall Mum Foods, found at what had been Eastside’s on-site pie shop.
Where to Eat Instead: Texas French Bread, 2900 Rio Grande Street, Heritage

800 West Cesar Chavez Street, Downtown
Closed: February 2019
The massive multicomponent three-story downtown restaurant from the La Corsha Hospitality Group (most known for likewise downtown restaurant Second Bar + Kitchen) closed under three years of service, curiously because of issues between the management company and the ownership company.
Where to Eat Instead: Any of the East Austin Hotel restaurants and bars, since that’s where chef Jason Stude works now, East Austin

1808 East Cesar Chavez Street, East Austin
Closed: June 2019
Without any warning, New York import Weather Up closed up shop in East Austin after opening in 2012. It seems like the converted house with the sprawling backyard has been— you guessed it — sold, presumably for condos or some other type of development.
Where to Drink Instead: Nickel City, 1133 East 11th Street, Central East Austin

4805 Burnet Road, Brentwood
Closed: September 2019
Austin lost not one but both locations of what had been one of the city’s most essential sandwich shops within the past year. Co-owners John Bates and Brandon Martinez were blunt about why they closed: high rent and the costs of working with food delivery companies, as they told Austin 360 in the fall. They’re looking for a second-generation restaurant space to reopen the restaurant somewhere in the suburbs, and they’re still planning on opening a location within the Austin-Bergstrom International Airport.
Where to Eat Instead: Otherside Deli, 1104 West 34th Street, Old West Austin

807 West 6th Street, Downtown
Closed: October 2019
The old-school downtown burger restaurant had been in Austin in some iteration since 1939, but co-owners Mike and Kim Hutchinson decided it was time to “move in a different direction.” That means an Italian restaurant from prolific group McGuire Moorman Hospitality later this year. (The Hutchinsons also closed down next-door Italian restaurant Frank & Angie’s last year, of which will be converted into a pizza shop by MMH.)
Where to Eat Instead: Crown & Anchor, 2911 San Jacinto Boulevard, North Campus

85 Rainey Street, Downtown
Closed: November 2019
James Beard Award semifinalist chef Iliana de la Vega brought the flavors of Oaxaca to then then-growing entertainment district of Rainey Street back in 2012. Alas, as high-rise buildings and bars keep opening on the tiny stretch of road, she and co-owner decided to close the restaurant. Never fear, though, the restaurant still lives on with its just-in-time expansion on South Lamar.
Where to Eat Instead: El Naranjo, 2717 South Lamar Boulevard, South Austin

7-Eleven is Makin’ Pizza as Easy as One, Two, Free – PRNewswire