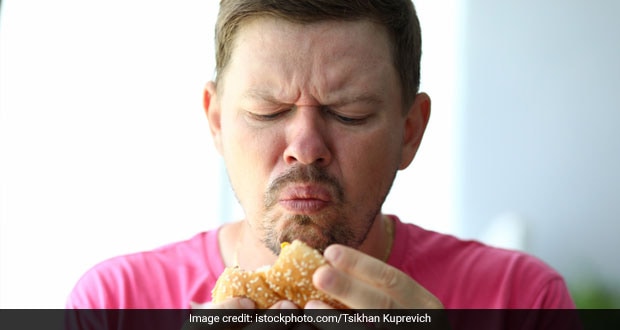 The 2010s saw a surge in social media as a platform for users to vent out their thoughts. This decade was all about screaming out our mind publicly via internet. In the era of posting, commenting, trolling and meme-ing, the internet had quite a topsy-turvy ride. Almost everything on the web was attacked by variating opinions, leading to polarising controversies. And, the food industry was not spared either. Marred with its own share of controversies, the world of food had quite a decade. As we near the end of this epic decade, we look back at all the controversial squabbling that the world of food was embroiled in.(Also Read: Decade-End Special: 27 Of The Best Restaurants In India That Created A Buzz)7 Food Controversies That Erupted This Decade:1. Turmeric Latte Took Away The Indian EssenceWarm milk with turmeric (or haldi wala doodh as we call it) has been our go-to drink in times of despair when are down with flu. This Ayurveda-based home remedy was robbed off its ancient origin and dubbed as turmeric latte in the western world. This hurt and inflated Indian emotions who lashed out at the coffee shop that introduced turmeric latte in in its menu.(Also Read: Move Over Turmeric Latte: 4 More Deliciously Healthy Spiced Coffees You’d Love To Try!)2. When Common Foods Were Overcharged In HotelsIt all started with Bollywood actor Rahul Bose breaking the internet revealing he was charged a whopping INR 442 for just two bananas in a 5-star hotel in Chandigarh. The incident caused a furore nation-wide, prompting the tax authorities levying a fine of INR 25,000 on the hotel for violating regulation by collecting tax on an exempted item. This was led by other people sharing their plight of being overcharged for relatively cheaper food items.You have to see this to believe it. Who said fruit wasn’t harmful to your existence? Ask the wonderful folks at @JWMarriottChd#goingbananas#howtogetfitandgobroke#potassiumforkingspic.twitter.com/SNJvecHvZB— Rahul Bose (@RahulBose1) July 22, 20193. Chef Gordon Ramsay Calling Medu Vada ‘Prison Food’ Sent Twitter Into OverdriveChef Gordon Ramsay is known for his blatant, sometimes harsh, Twitter comments. Once he invited the wrath of many Indians when he wrote insulting remarks on classic south Indian delicacies – medu vada, sambhar and nariyal chutney – and flared many sentiments. A Twitter user asked Chef Ramsay Gordon to rate his food and he replied with – “I didn’t know you can tweet from prison.”I didn’t know you can tweet from prison https://t.co/rxrPPBonff— Gordon Ramsay (@GordonRamsay) April 6, 20174. American Professor Finding Indian Food Tasteless Was Not In Good TasteA debilitating comment on Indian food by an American professor riled up not just Indians but many other people across the globe. Professor Tom Nichols had tweeted – “Indian food is terrible and we pretend it isn’t.” This one-line comment drew flak from all corners and that was enough to set off a storm of heated debated on the social media platform.(Also Read: Decade-End Special: Top Diets That Made Their Mark This Decade; Which One Do You Follow?)5. Google’s Sundar Pichai Won The Internet With His Witty Comment On Burger Emoji DebacleA Twitter user posted a screenshot of the burger emoji as shown on Google and Apple, and commented: “I think we need to have a discussion about how Google’s burger emoji is placing the cheese underneath the burger, while Apple puts it on top.” This started a long-drawn debate on Twitter on how a burger should be constructed, involving burger giants like McDonalds and Burger King putting forth their own theories. But, Sundar Pichai, CEO of Google, came out as the winner with his tongue-in-cheek comment saying he would drop “everything” to discuss this most important matter at work on Monday.Will drop everything else we are doing and address on Monday:) if folks can agree on the correct way to do this! https://t.co/dXRuZnX1Ag— Sundar Pichai (@sundarpichai) October 29, 20176. Inviting Controversial Food Opinions Sparked Off A War Of SortsThis Twitter user must have posted this to generate few laughs. Little did he know that it would snowball into a world-wide debate! This one comment had people giving the weirdest of mind-numbing replies. Some were agreeable like “pineapple doesn’t belong on pizza” and “eggs are meat”, and some just were hysterical like this one – “If you drink a cow’s milk, you’re their baby and she’s your mom”.Please quote tweet this with your most controversial food opinion, I love controversial food opinions— Jon Becker (@jonbecker_) November 19, 20197. President Obama Voiced People’s Concern Over Green Pea GuacamoleWhen The New York Times published a recipe of guacamole having green peas in it, not many were convinced. None other than former US president Barack Obama weighed in and condemned the whole idea of having peas in the classic Mexican dish of guacamole. No guesses, the tweet won him appreciation from a host of Twitteratis.respect the nyt, but not buying peas in guac. onions, garlic, hot peppers. classic. https://t.co/MEEI8QHH1V— President Obama (@POTUS44) July 1, 20158. When John Kaisch Angered Pizza Lovers By Not Treating It RightRepublican primary presidential candidate John Kaisch was running for the office in 2016; but instead of winning general public’s support, he ended up outraging them. Reason – he dared to eat a pizza with a fork and knife!John Kasich went to New York
and ate pizza with a fork https://t.co/enbJpnWd8ypic.twitter.com/mQBmsUOhnp— CNN (@CNN) March 31, 20169. Faux MeatThis food item has been mired in controversy ever since it cropped up in the food circuit. Vegetarian food offered in the garb of meat did not go down well with people – both vegetarians and non-vegetarians. Chicken lovers will eat chicken and not tofu thinking of it as chicken. You either eat meat or you don’t. Don’t fake it, please!The 2010s saw some funny moments, some hate moments and some eye-opening moments related to food. Some Twitter incidents were taken to heart, some were slammed and some were just brushed off. Right or wrong, these global food debates definitely kept us hooked and infused some excitement into the decade going by, which will make us remember it forever. Comments