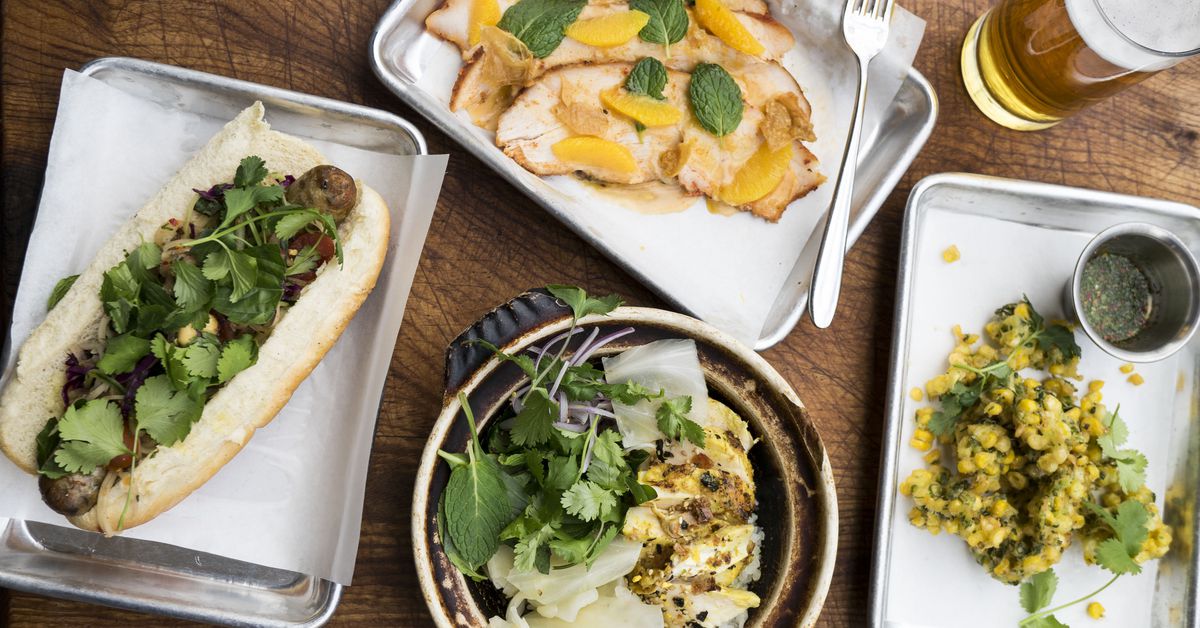 It’s been a seriously busy year in Houston dining, and that isn’t just limited to the restaurants that opened (or closed!) their doors in 2019. This year was packed with massive stories, from bombshell lawsuits to robotic delivery drivers and everything in between.

Missed out on some of the year’s biggest news stories or just looking for a refresher? Take a peek at some of Eater Houston’s most popular stories of 2019.

In what may be the most shocking dining story of 2019, Houston restaurant icon Brennan’s was slapped with a $20 million lawsuit alleging that it failed to prevent the sexual assault of a woman who was allegedly raped after being drugged by a former bartender at Brennan’s. The bartender in question, Sean Kerrigan, died before he could face criminal charges filed in relation to the incident.

Later in the year, the restaurant was hit with another lawsuit alleging sexual misconduct, this time from a former server who claimed that he was “drunkenly groped” by a former Brennan’s manager. Brennan’s of Houston has denied any wrongdoing in both suits, neither of which have been adjudicated in the courts just yet.

The robots are taking over

It was a big year for robots in Houston’s dining scene in 2020. Domino’s Pizza debuted driverless delivery vehicles, a fleet of snack-delivering bots called Starship was deployed at the University of Houston, and a robotic barista is now brewing lattes at a Whole Foods in Midtown. Expect more robots as 2020 rolls around — right now, salad robots are in the works for the Texas Medical Center.

After finally getting his iconic Houston seafood restaurant Reef reopened after it was seriously damaged by Hurricane Harvey in 2017, chef Bryan Caswell found himself in hot water at El Real, the Montrose Tex-Mex restaurant he abruptly shuttered in October. After the restaurant’s closure, its former employees took to the streets in front of Reef and El Real to protest, alleging that Caswell’s company had failed to pay them thousands of dollars in back wages. After those protests and public testimony in front of the Houston City Council, Caswell said in November that every El Real employee had been paid in full.

Just before El Real’s closure, Caswell was named in a lawsuit filed by his former business partner Bill Floyd, seeking more than $200,000 in allegedly missed payments from Caswell after Floyd sold his stake in the restaurants. Then, in late November, Caswell shuttered Reef citing health and economic issues. It was a rough year for the much-lauded Houston chef — here’s hoping 2020 goes much better.

Big news came late in 2019 when Austin dining superstars Tyson Cole and Aaron Franklin announced that they would open Loro, an Asian-influenced smokehouse that boasts dishes like green curry pork sausage and brisket served with nuoc cham. It won’t arrive until early 2021, but Loro is already one of Houston’s most anticipated restaurants.

Right around Thanksgiving, Third Ward favorite Turkey Leg Hut found itself in the midst of a legal drama that, surprisingly, flamed out before things got too messy. In short, a group of nearby residents got together to file a lawsuit over the restaurant’s smokers, and asked a Harris County judge to grant a temporary restraining order that would bar the Turkey Leg Hut from using its smokers at all. In their original filing, the plaintiffs claimed that the Turkey Leg Hut’s smoke was infiltrating their homes, and that the restaurant was in violation of Houston City Code.

In the midst of the legal drama, supporters of the restaurant claimed that its detractors were making a thinly veiled attempt to kick the Turkey Leg Hut out of the neighborhood in the interest of gentrification, while critics claimed that its owners Lynn and Nakia Price were “protected” by Houston politicians like newly-reelected mayor Sylvester Turner. Ultimately, the drama was al little anti-climactic as the plaintiffs decided to suspend (a.k.a. drop) the lawsuit, which was dismissed by a Harris County judge. When the dismissal was announced, the plaintiffs did say that they would sue again if the Turkey Leg Hut didn’t get the smoke in the neighborhood under control, so it wouldn’t be surprising if this drama doesn’t eventually resurface.