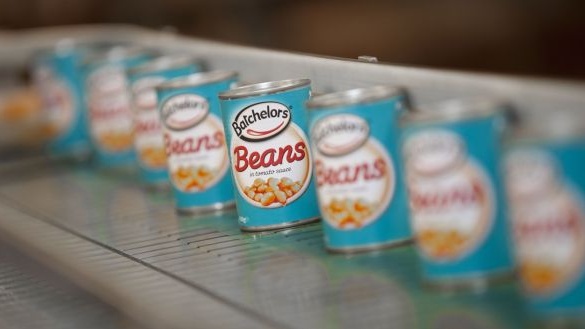 Jacob’s biscuits and Batchelors beans owner Valeo Foods is on track to breach the €1 billion sales mark in the current financial year, helped by a series of acquisitions.

Since the end of its 2019 financial year, Valeo acquired crisp manufacturer Kettle Foods for €75.2 million in cash and in October, it acquired Christmas pudding producer Matthew Walker for a total consideration of about €74.6 million. Combined, they will add about €155 million in annualised sales to the Irish food company’s revenues.

The €1 billion sales target comes after the company posted revenues of €790.6 million in the year to the end of March 2019, an almost 25 per cent increase on the previous reporting period. Valeo’s profit before tax was up more than 100 per cent to €39.2 million.

In a note accompanying the recently-filed accounts, the directors said the company’s performance was “solid… despite continuing challenges in the retail and economic environment”.

“The group seeks to maximise performance through effective pricing and promotion strategies while leveraging the group’s purchasing power and maintaining an efficient cost base,” the directors added.

In its 2019 financial year, Valeo acquired Tangerine Confectionary Group for €126 million, adding brands such as Barratts to its portfolio, and growing the company’s presence in export markets including the Nordic countries and Canada. It also acquired Oatfield Confectionary for €2.3 million in cash.

Valeo was created in 2010 by Cavan financier Séamus Fitzpatrick’s London-based investment company CapVest Partners. It was used as a vehicle to acquire two separate Irish businesses, Batchelors and Origin Foods.

In 2011, it announced the acquisition of the Jacob Fruitfield group. It has since amassed a diverse portfolio of brands from Fox’s mints to Rowse honey, Odlums flower and Chef sauces. It also controls beverage brands Robert Roberts and Sqeez.

Valeo trades across 92 markets with its Irish operations now accounting for almost €280 million of group sales. The UK and Europe account for €183 million and €79.6 million respectively.

Its latest accounts show that it employed 2,866 people, although that number has since risen to about 3,360 across 25 sites in Ireland, the UK, Italy and the Czech Republic.

Valeo had €36.5 million in cash on its balance sheet at the end of March 2019 and bank borrowings of more than €766 million, a figure that was 18 per cent higher than the previous year.

The group, which in October disposed of its food decorations and toppings business, Nimbus Foods Limited, had its assets valued at more than €1.16 billion at the end of March, up from €998 million the previous year.