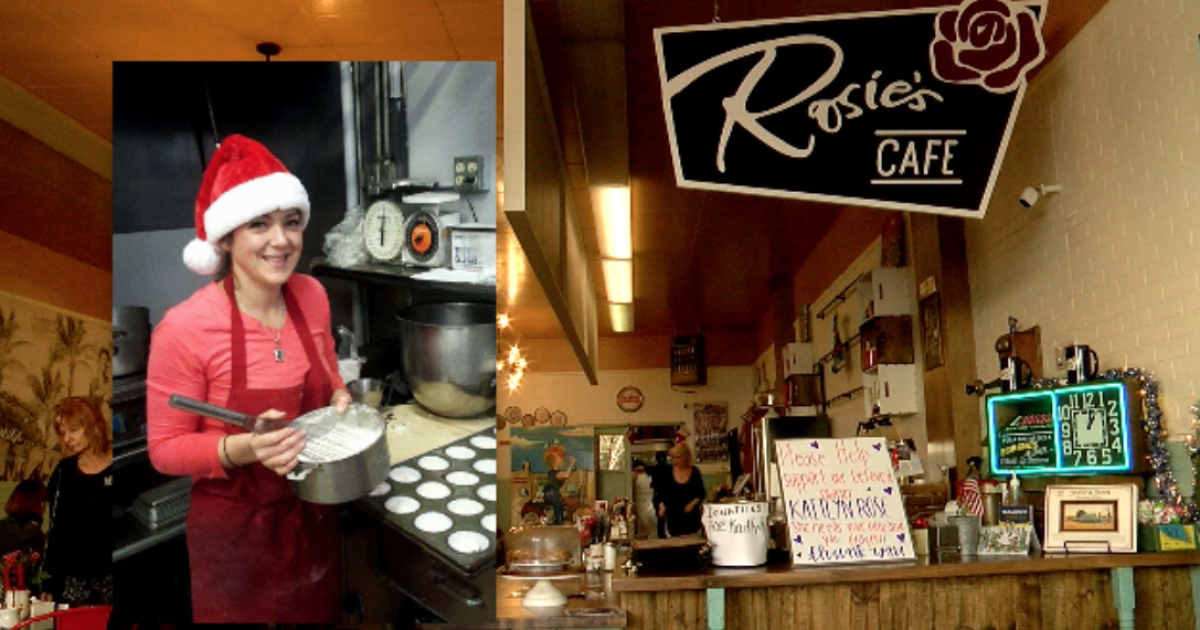 ESCONDIDO, Calif. (KGTV) — The owner of a popular Escondido restaurant remains in the Intensive Care Unit at Palomar Medical Center, after becoming the victim of a hit-and-run crash last week.

There’s plenty of laughter and good food, but something is off at Rosie’s Cafe.

“She got in a horrible motorcycle accident,” Nalborski said.

San Diego Sheriff’s Office said on the evening of Dec. 21, Pilsbury was riding her motorcycle when a driver of an SUV hit her head-on. The driver abandoned the SUV and Pilsbury, then ran off. Pilsbury is now being treated at Palomar Medical Center.

“She broke her femur, she has a rod in her tibia, her right arm got surgery yesterday, and she’s still unconscious,” Nalborski said.

Cafe regulars are showing their support by dining in.

“We hope she gets better, and we love you very much, and we need you back here,” said cafe regular and nearby local business owner Dan Forster.

Friends are even cooking and cleaning, free of charge, because they believe Pilsbury will make it. Earlier this year, she survived the grueling reality makeover show, “Restaurant Impossible,” with celebrity chef Robert Irvine. The chef sent his support of social media by sharing her family’s

“I am very saddened to hear about Kaitlyn, the owner of Rosie’s Cafe who appeared on Restaurant: Impossible. Kaitlyn was in a terrible accident and is fighting for her life. Please give if you can and share this,” Irvine posted on social media

Nalborski says, just like Rosie the Riveter, Pilsbury does not quit. She hopes that inspiration helps her to recover, so she can return to the place where she belongs.

“Strong women run in her family, from her mom to her grandma to aunts, and Rosie the Riveter was always her inspiration,” Nalborski said. Point to her right arm, she adds, “She’s always out here, posing like this, you know? So this bone has to heal so she can do that.”

10News reached out to the Sheriff’s Office, but they have not yet announced an arrest in the hit-and-run.

Lhasa soup for the Delhi soul – The Hindu