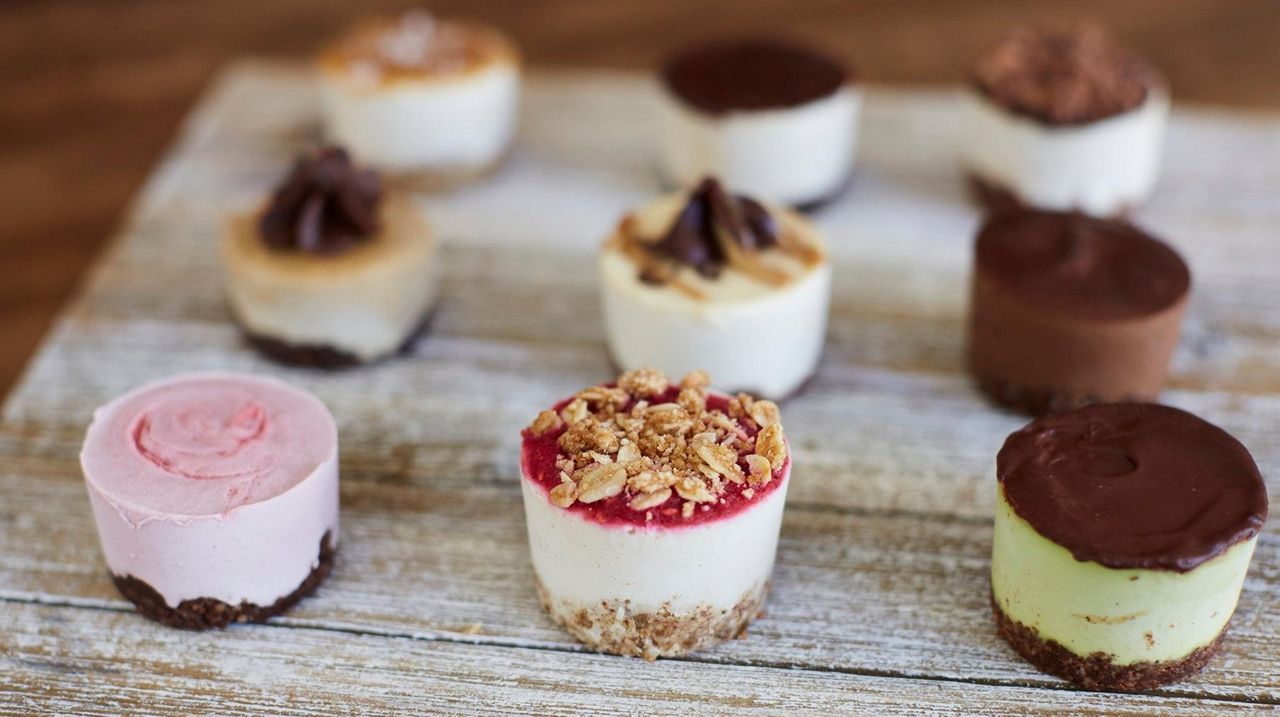 A few years ago, Michael Strahl wasn’t feeling great. The Kings Park resident was 50 pounds overweight, he said, with sciatica and chronic anxiety. After he began doing yoga and avoiding gluten — a protein found in wheat products — Strahl noticed his health began to turn. “I was in chronic pain, and it was like a big cloud lifted off me.”

It was also the first step toward creating Sweet Soul Bakery, a vegan and gluten-free bakery he co-founded with partner Pat Charity in 2015. A few weeks ago, the pair opened their first brick-and-mortar space in St. James.

At first glance, Sweet Soul Bakery looks like a typical patisserie — small and bright, with shelves full of cupcakes, bars and doughnuts, as well as an espresso machine and a window counter. Nary a lick of gluten or dairy is in the baked goods, however, with cashew cream serving as the base for cheesecakes, flax as a binder in some of the pastries (in place of eggs), and chickpea and almond flour subbing for wheat flour.

Strahl met Charity, former owner of Stony Brook’s Golden Pear Cafe, at a yoga studio, and both began attending a book club where most of the victuals were plant-based and gluten-free. Their visions eventually aligned for a vegan, gluten-free baked-goods business. “[Charity] develops the recipes,” Strahl said, adding that she is a cancer survivor. “If you give her a challenge, she’ll figure it out.”

Whether or not eliminating meat, dairy, gluten and other ingredients can reverse health issues is matter likely to be debated into the next decade, but “free-from” diets are fueling explosive market growth. The gluten-free market alone is expected to grow to nearly double by 2025, according to various research firms, with some (such as Grand View Research) predicting it will hit $32 billion globally in five years.

Strahl and Charity are both certain that cleaning up their diets helped them solve health issues. After testing their products in various places, the pair began selling at the St. James Farmers Market, as well as to businesses such as Batata Cafe in Northport and Plant Wise in Dix Hills. Many of those items also fill the counter case inside the Lake Avenue cafe, such as cupcakes, breakfast bars, doughnuts, blondies (for which they puree chickpeas) raw-food cookies dubbed Rawkies and cheesecakes, which come in miniature and full sizes, and flavors such as mocha and salted peanut butter. (Most pastries start at about $3.75). “Ultimately, we will do more savory foods,” Strahl said, though the cafe has soup many days. Ace Coffee Co. supplies both the hot- and cold-brewed coffee, and drinks such as espresso and lattes are made with either almond or oat milk. Items such as elderberry syrup, loose-leaf teas and locally made candles are also for sale.

The inside scoop on restaurants, dining deals, recipes, takeout and more delivered Thursdays.

Corin Hirsch is a Long Island native who covers food, drinks and restaurants for Newsday, which she joined in March 2017.

How will the food and drink industry embrace technology? – New Food