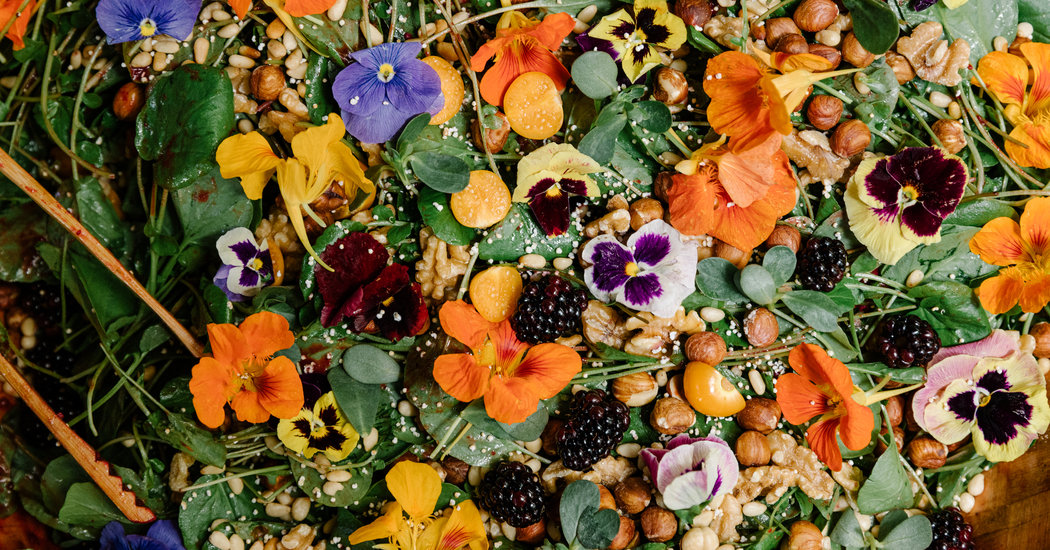 If you’re the sort of person who uses the annual avalanche of food and drink predictions as an anthropological window into the state of the American psyche, prepare for a stripped-down, no-nonsense 2020.

Mold and sobriety will be popular. Porridges like jook and arroz caldo are the new comfort foods. Saving the planet will have a new urgency, so bring your own mug to the coffee shop and learn to embrace the term “plant-based.”

“There is a sense that the rose-colored glasses are off,” said Andrew Freeman, president of AF&Co., the San Francisco consulting firm that for 12 years has published a food and hospitality trend report. This year’s is titled “We’re Not in Kansas Anymore.”

“The world just feels different,” Mr. Freeman said. “The labor market is tight, the political landscape is a mess. All of us are trying to navigate it.”

That doesn’t mean we can’t have some fun, though. If the forecasters can be believed, joy will be found in towers of buttered toast piled with ice cream, sourdough doughnuts, CBD-infused everything and even more fried chicken sandwiches.

Country of the Year: Japan

That recent Instagram uptick in soufflé pancakesand the fish-shaped ice cream cones called taiyaki isn’t a coincidence. With the 2020 Summer Olympics set for Tokyo and a rise in travel to Japan, the country’s influence will extend into the American culinary landscape, said Amanda Topper, associate director of food service for Mintel, the global market research company. Trendspotters also predict more interest in food from India, with a special emphasis on spicy Keralan dishes built from rice, coconut and fish, as well as foods from West Africa, Vietnam and Laos.

Cause of the Year: The Planet

As farmers grapple with climate change and consumers grow increasingly concerned about the environmental impact of what they eat, restaurants and food producers are doubling down on earth-friendly ingredients and practices. Vegan dishes and meat alternatives will show up on more menus, both fine-dining and fast-food. Regenerative farmers, who focus on soil health, are the new organic farmers. Chefs are exploring how to cook cover crops like peas and buckwheat, which regenerative farmers plant between harvests as a way to improve soil, control weeds and sequester carbon. Look for more edible and biodegradable packaging, and reusable everything, from cups to cutlery. “The companies that will win in the next 10 years will be those that fuel the new era of conscious consumption,” said Jenny Zegler, the associate director of food and drink research for Mintel.

Color of the Year: Blue

The hue started catching the eye of tastemakers a few years ago, but this year blue and its moody sibling, indigo, are expected to color more food. Butterfly pea powder tea (the new matcha!) is showing up in moon milk, a sleep remedy that is the latest adaptation of ayurvedic tradition. Ube, a purple yam, is the new “It” root vegetable; orach, also called mountain spinach, could be the new kale. Pop culture seems to be driving this one: Pantone has declared classic blue its color of the year, and blue food plays an outsize role in the novels of Percy Jackson, whose musical “The Lightning Thief” is on Broadway.

The latest star imported from Asian tea shops is brick toast, built from thick slices of pain de mie that are scored, buttered, toasted and covered in sweet custard, syrup or ice cream. Variations on the dish, sometimes called honey toast, abound in different parts of Asia. In Japan, where it is also called Shibuya toast after the Tokyo district where the style began, a substantial portion of a loaf is hollowed out and filled with squares of toasted bread, ice cream, syrup and fruit. The Taiwanese style is more subdued, topped with condensed milk, custard or cheese. A second cousin is kaya toast, popular in Singapore, made with a thick slab of salted butter and a jam of coconut and pandan leaves that is usually served with soft-boiled eggs.

Low and no-alcohol drinks are in, but that doesn’t necessarily mean people want to face the next decade without a little help. Look for a rise in mood food and calming beverages awash in CBD or adaptogens, plants that may help relieve stress. “It’s not just a young person’s thing,” said Willa Zhen, a professor of liberal arts and food studies at the Culinary Institute of America. “I think we’re all anxious.”

This could be the year the children’s menu finally dies — or is at least radically re-engineered. Millennials, an unusually food-aware generation, are parents to more than half of the nation’s children. And as Americans opt for less processed food and more global flavors, chicken nuggets and mac and cheese may give ground to salmon fish sticks, agedashi pops and hemp pasta with ghee.

First-generation immigrants to America, and grandparents who live in other countries or have recently immigrated, will transform restaurant menus. This is part of a growing interest among chefs with mixed cultural backgrounds to create new dishes based on techniques and ingredients from both sides of the family.

Almond flour is so 2019. Look for alternative flours made from green bananas, sweet potatoes, cauliflower and watermelon seeds.

Artificial intelligence will flood restaurants, especially fast-food and quick-service operations, adjusting pricing in real time to accommodate fluctuations in supply and demand. Delivery apps and in-store menu boards will suggest foods in the same way Netflix recommends movies. Menu boards will use voice bots and face recognition software to customize and speed ordering. Unmanned rovers will bring you pizza; companies like Domino’s are testing them in Houston and some European cities, and robots are already bringing Dunkin’ doughnuts and Starbucks coffee to college students. Breakthroughs in food safety will result from better use of blockchain, a digital ledger that can track food as it works its way from the farm to the consumer.

Don’t be surprised if some of these fail to take hold. “The thing to remember is that it comes back to taste,” said Ms. Topper, of Mintel. “We can talk about various trends, but if it’s not something that first and foremost people want to consume, it won’t last.”