What a cheesy way to end the year.

The Michelin guide will not have to explain why it demoted a restaurant’s ranking in its prestigious guide, according to a court ruling. The chef at the restaurant in question, Maison de Bois, had accused Michelin of incorrectly accusing him of using English cheddar cheese in a soufflé, which he vehemently denied. 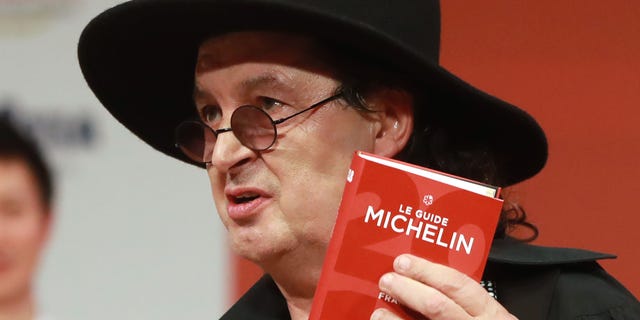 A Paris court decided that Michelin won’t have to reveal the details behind their decision to demote Marc Veyrat’s restaurant’s star rating.
(JACQUES DEMARTHON/AFP/Getty Images)

A Paris court made the ruling early on Tuesday, the Independent reports. Marc Veyrat had sued Michelin after they lowered the ranking on his restaurant from three stars to two.

In September, Veyrat claimed that a Michelin inspector accused him of using English Cheddar in a French soufflé, instead of a traditional French cheese option, the New York Post reported. The chef alleges, however, that the inspector simply had an “unsophisticated palate” and mistook the cheese’s yellow color (it was made with saffron) for cheddar while visiting Veyrat’s eatery in the French Alps.

Veyrat had sued in hopes of obtaining proof that the Michelin inspector had eaten at his restaurant and took written notes.

Richard Malka, the lawyer representing the Michelin Guide, spoke about the ruling, saying, “This decision enshrines the freedom to criticize and enshrines the fact that his grievances were imaginary and unfounded,” KFGO reports.

Earlier this year, Veyrat told the French media outlet Le Point, “Can you imagine the sense of shame I feel, I am the first chef in history to have won a star and lost it the next year? Every morning I wake up with that in my head. I’m at the end of my tether, I struggle to sleep, I hardly eat anymore….. I’m on medication. I’ve had dark thoughts.”

Tell us about your ultimate holiday food recipe – The Guardian