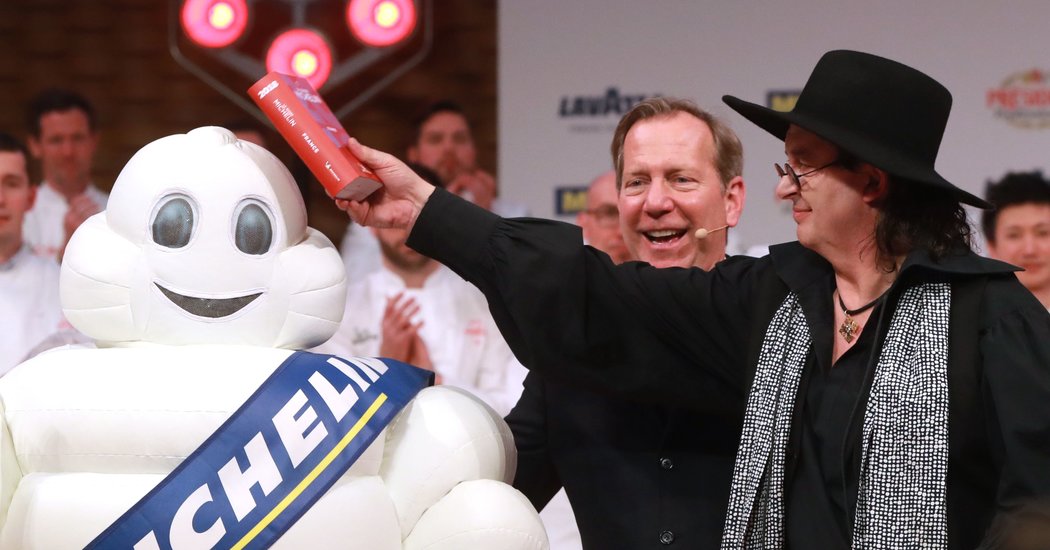 PARIS — A court in France ruled on Tuesday against a celebrity chef who sued the Michelin Guide after its reviewers stripped his restaurant of one of its treasured three stars.

The chef, Marc Veyrat, was outraged when La Maison des Bois, his restaurant in the Haute-Savoie area of France, which borders Switzerland and Italy, received a two-star rating in the 2019 guide, down from the top rating of three stars the previous year.

Most chefs would be overjoyed at two Michelin stars, a status that can vault a restaurant from obscurity and dire financial straits to international acclaim and wealth.

But Mr. Veyrat, 69, sued the guide in September in an effort to compel the dining guide to turn over reviewer notes that led to the downgrade, as well as the receipts from their meals.

The court in Nanterre, a northwestern suburb of Paris, ruled on Tuesday that Mr. Veyrat had offered no “proof showing the existence of any damage” caused by the guide’s demotion.

Mr. Veyrat said in a phone interview after the ruling was made public that he would “keep fighting against Michelin’s people.”

Richard Malka, a lawyer for the company that publishes the Michelin Guide, said the decision was a victory for freedom of expression. He has accused Mr. Veyrat of trying to restrict the liberty that the guide’s reviewers enjoy to dole out criticism or praise as they see fit.

“Marc Veyrat complained about a review that is really good, since he has two stars, and he claimed that it was not normal,” Mr. Malka said. “But like any public personality, Mr. Veyrat is subject to critics and opinions.”

Of the thousands of restaurants around France listed in the 2019 guide, only 27 received three stars.

La Maison des Bois, which is coupled with a five-star hotel, has stunning views of the Alps, including Mont Blanc. Mr. Veyrat has said he mostly uses local products for the meals, which are available in menus at €295 and €395, or about $330 and $440.

In 2018, the Michelin Guide awarded the restaurant three stars for the first time. It slipped back to two stars in the 2019 guide.

Mr. Veyrat, who hails from the Haute-Savoie area, said he felt “insulted” at being downgraded. In July, he asked the guide to strip his restaurant of its two other stars, arguing that the demotion had given him a nervous breakdown.

Officials from the guide met with the chef to explain the decision, but Gwendal Poullenec, the international head of the Michelin Guides, said that Mr. Veyrat’s restaurant could not be removed entirely.

“The stars from the Michelin Guide do not belong to the chefs,” Mr. Poullenec said in an interview with Le Monde in July. “It is not up to them to give them up.”

On Tuesday, Mr. Veyrat, who is known for his black shepherd’s hat and outspokenness, said the Michelin reviewers were ignorant about Savoie cuisine and compared them to “professors who make more mistakes than their students.” He argued, for example, that they had mistaken Reblochon, a soft cheese from the area, for Cheddar.

Michelin officials have denied the cheese error and other accusations.

Mr. Veyrat’s lawyer, Emmanuel Ravanas, said in a statement on Tuesday that his client was like any other student who would not “accept being graded without knowing the grading criteria or the scoring.”

Several chefs have turned in their three stars in the past, citing financial struggles or the pressure of maintaining the prestige of the distinction. In 2017, the chef Sébastien Le Bras said he wanted to “be liberated from the pressure” when he asked the guide to strip Le Suquet, his restaurant in southern France, of its three stars.

For Mr. Veyrat, the downgrade — and the resulting publicity — appear to have been good for business: Revenues for La Maison des Bois are up 7 percent from 2018, he said, and the restaurant has never been so full.

“I don’t really need them,” Mr. Veyrat said of the stars. “If they could also strip me of the two other ones, I’d be more than happy.”

Aurelien Breeden reported from Paris, and Elian Peltier from London.

Food styling: Hunger for your eyes only! – The New Indian Express