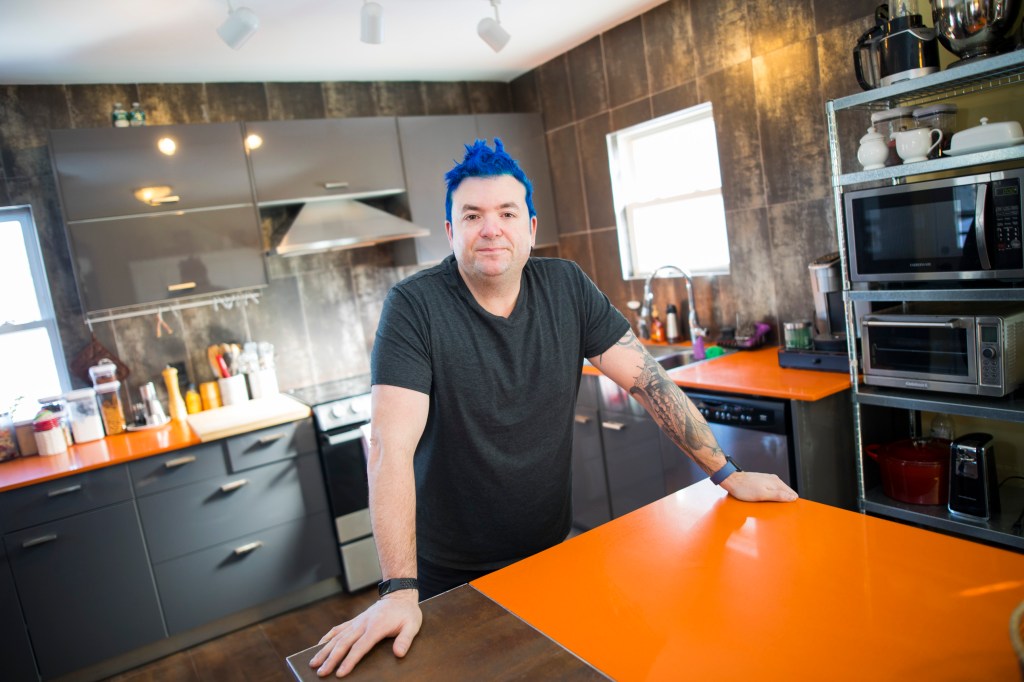 Jason Santos may be a master in the kitchen when it comes to his trio of restaurants, but the local chef admits that his foodie finesse doesn’t necessarily translate well to making meals at home.

“Ironically, I’m not a great home cook,” Santos told the Track. “It’s just me and my wife, but every time I cook, I cook for like 10 people. Our fridge is full of leftovers of different meals I’ve made because I don’t know how to cook small.”

Santos — who owns Boston establishments Buttermilk & Bourbon, Citrus & Salt and Abby Lane, in addition to offering his expertise on TV shows like “Bar Rescue” — said that he has an all-or-nothing attitude that may be to blame for his domestic challenges.

“I do cook a lot,” he said. “The problem is, I’m all about extremes in my life, unfortunately. I don’t know moderation very well. It’s like either I order takeout or I’m rolling fresh pasta and shaving truffles.

“I just can’t find the in-between and have that semi-homemade mentality,” he added. “I’m terrible, like I would never open a jar of sauce. … I overcomplicate things that don’t need to be complicated, whereas in the restaurants, all I try to do is simplify my life.”

For instance, Santos cited how he recently spent an entire afternoon making spaetzle from scratch, leaving a “path of destruction in the kitchen.” Lately, he’s been deliberately fighting his nature to be extra, trying to keep it simple by braising a piece of meat in a pressure cooker — albeit a five-pound roast for his household of two. And he and his wife, Thuy, also opt to step away from the stove and grab grub from their favorite spots about four times each week, with pho being a regular in their weekly dinner rotation.

“We tend to go out to eat a lot — probably an unhealthy amount,” Santos said. “Not to like a full-blown restaurant. I prefer real simple, mom-and-pop places. We’ll go to little, local places and get noodles. It’s just easy because then I don’t have to clean up after a long day.”

Due to the restaurateur’s tendency to cook in extremes, he said his gastronomic obsessions can also come and go in waves. On some occasions, he’s managed to overdo dishes to the point where his friends and family draw a line.

“When I was opening Buttermilk (& Bourbon), I was on a fried chicken kick and I did fried chicken four nights a week to perfect it,” he said. “But now, nobody wants to eat fried chicken anymore because we ate it for so long.”

Santos claimed he could “eat a piece of fried chicken every day and still be psyched”. However, he does have his limits.

“Again, with my lack of moderation, I’ll beat something to death and then I won’t eat it for a year,” he said. “I’ll get over it and then I’m ready to eat it again.”

While his loved ones may have a moratorium on eating any more breaded bird, Santos has personally had to blacklist biscuits from his own intake for a bit following Buttermilk & Bourbon’s opening.

“The biscuits are sincerely the best biscuits I’ve ever had,” he said. “I spent a year making them. Like everyday, I would make a batch of biscuits. Every freaking day. And when we opened, I was like, ‘I never want to eat a biscuit again.’ ”

Another Tatte Bakery comes to downtown, at Emerson – The Boston Globe