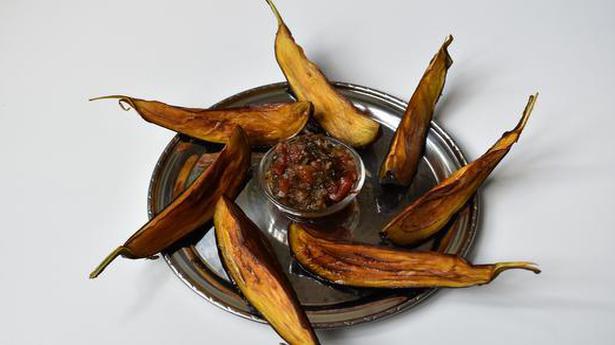 At the recent German Christmas Market in Delhi, a cookbook titled Recipes from an Urban Village by Charmaine O’Brien caught my eye at The Hope Project’s stall. It had recipes from the Nizamuddin Basti in Delhi. The recipes are interesting, and the garam masala turned out to be a gem. Intrigued as to why someone would record recipes from the slums and less-privileged areas when food recipes from royalty, privileged communities and nobility are the toast, I did some digging. There are several such publications: Amanda Clegg and Victoria Byrne’s Hope & Spice (recipes collected from the recipients of Asha Society’s work in Delhi as well as some of the staff), Anna Kochan’s Rice and Spice: A Bengali Food Adventure (recipes cooked at Future Hope, a small charity working with street children) in Kolkata. The recipes of the women from slums in Dharavi find a place in Prajna Desai’s The Indecisive Chicken; those of Mumbai’s Kalwa slum find a place in Masala Mamas. The proceeds of the book invariably support the organisation that helped document it.

In my search for more information on the Nizamuddin Basti book, I reach Dargah Hazrat Inayat Khan, The Hope Project office. A few of the women remember Charmaine, an Australian who had diligently set about the book, proceeds from which go to the project. There is Asha, who works with the vocational training section: her kebab using kala chana (black gram) has made it into the book. I meet Anwari, a pro cook much sought-after for dinners in the expat circles, whose biryani recipe is in the book. Anwari’s cooking skills seem legendary at the office; she can cook for a party or take orders for the range of pulao, biryani, curries etc. Gulabshahi coordinated Charmaine’s visits to various homes to try the recipes. Asha recalls how they did not have a building then, and cooked in makeshift kitchens to demonstrate recipes.

Anna Kochan, a journalist from London who had come to Kolkata as a volunteer for Future Hope, tells me, “The charity does wonderful work looking after the street children, educating them and providing them shelter. We have many Indian restaurants in London and I am very fond of Indian vegetarian food, but what was cooked at Future Hope’s school for the children was very different to what I had eaten. That is when the idea to record these recipes and bring it out as a cookbook to be sold in England, with the proceeds going to the charity, came to mind.” For Anna, a passionate cook and recorder of family recipes, this was the perfect place to start. “The women who came to cook wore saris and were simply very hard-working. They had probably never seen a cookbook and had been taught the recipes by their mothers or grandmothers. Yet, the food was different each day. They would go to the markets and choose in-season vegetables, and then prepare the food. There was no pre-decided menu. Also, at the Future Hope homes where the children stayed, the older ones took turns to cook during weekends. Many had a signature recipe which was recorded.” The cookbook evolved after each recipe was tested in London and pronounced good by friends and family. Measurements were added, and the quintessential mustard oil was replaced with vegetable oil, but otherwise the traditional recipe stayed.

From the UK, Amanda Clegg and Victoria Byrne recorded authentic recipes and stories of transformation from the slums of Delhi, the proceeds of which go to Asha Society. Victoria says, “Amanda has been a volunteer for over 10 years. I joined the project recently. It was a very different experience from the kind of things visitors to Delhi usually see. Members would open their homes and offer the best of what they had. We had to tell them, ‘please tell us what you eat regularly’. Thus, we came across a wealth of dishes.”

For Victoria, understanding the techniques of cooking was the high point. “Like frying the onions and tomatoes till the oil separates. Here, we simply put it all together. Also, for someone like me, who looks for gluten-free flour, bajra roti was an excellent option.” She adds, “There is a recipe for masala chai from a person who works with the Society. His mother is a fifth-generation chaiwala and this is the family recipe. We not only learnt about food but also how it brought women closer. How, when eating together, recipes and cooking tips would be exchanged.”

The cookbook records recipes from 12 slums, from over 60 cooks. One forgets all this when browsing the book: it has an amazing range of dishes from the Nizamuddin area. The Urs of the various Sufi saints, their powers, and then the offering made. There is Baba Sahib khichri (a sweetened version), siwani, tosha, kheer, sherbet, sewaiyyan. Since Delhi is home to migrants from all parts of the country, there is an amalgam of cooking styles as well. Apart from the winner of a garam masala, there is a shakargandhi halwa, banana halwa, mooli chutney, baingan ki talaji, aloo ka bharta, mongochhiyan, biryani, nihari and kebabs.

Hope & Spice also has unusual recipes: there is a nice frizzy drink with lemons, orange, masala and topped with Sprite. There is a spiffy instant papadam with besan, which does not require drying in the sun; walnut chutney and yakhni from a staffer from Kashmir; a rarely-heard paneer ki kheer substituting rice with grated paneer, lemon rice, thoran, fish curries and banana fritters. In Anna’s words, however, “The tomato chutney is a winner.”