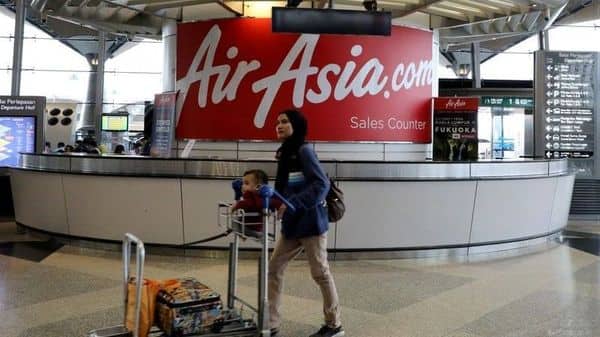 The Mid Valley Megamall in Kuala Lumpur has more than 100 restaurants, cafes, and snack stands to meet every kind of craving. As of this month, that list includes a novel and seemingly quixotic option: Santan, a cafe that serves airplane food in cardboard boxes.As restaurant concepts go, ‘quick airplane food’ isn’t an obvious winner.

But Santan is owned and operated by AirAsia Group Bhd, the region’s most successful budget airline. With profits declining in the industry, the company is looking to diversify — it wants to reduce flying from 80% of its business to about 40% by 2025 — and earthbound airplane food is central to its vision.

Over the next few years, it plans to open more than 100 new Santans.“A year ago, when I first conjured the idea of turning … our in-flight food choices into a fast-food restaurant, everyone thought I was crazy,” says Tony Fernandes, the company’s chief executive officer.

“Just as they thought 18 years ago when I said I was starting an airline. Look how that turned out!”That may seem like an inapt comparison. But the idea of creating “the first Asean fast food franchise,” as Fernandes puts it, isn’t inherently crazy. Southeast Asia’s expanding middle class is increasingly keen on upgraded dining options.

And Western fast-food outlets, such as McDonald’s and KFC, have been proliferating. In Malaysia, Yum! Brands Inc., owner of KFC and Pizza Hut, has opened more than 1,000 outlets, making it the country’s — and the region’s — most successful food-service operator.

So the market is potentially vast. The problem for AirAsia is that winning customers in Southeast Asia’s cutthroat restaurant industry will be much harder than winning passengers on budget aircraft. For one thing, Fernandes may be misreading the competition. Those American fast-food outlets make up a mere fraction of the 167,000 food and beverage businesses in Malaysia, the vast majority of which serve local fare.

That makes KFC a relative novelty: an expensive foreign twist on a local favorite (fried chicken). A one-piece chicken-and-rice combo there costs about $3.00, while a plate of Malaysian chicken rice typically goes for half that.Another problem is that what Fernandes calls “Asean food” — using the acronym for the Association of Southeast Asian Nations — doesn’t really exist. Santan’s menu is a puzzling hodgepodge of vaguely regional dishes: nasi lemak, pho, Cambodian pineapple fish-fillet noodles and others. It’s the kind of error that only an airline would make.

In the air, a menu is a compromise intended for a diverse set of customers who don’t really expect much choice. On the ground, a menu needs to match quirky and far more specific cravings. Nobody, anywhere craves ‘Asean food,’ just as nobody craves ‘European Union food.” Instead, Southeast Asians seek out — and often debate — the highly distinctive cuisines of respective nations, such as Thailand or Vietnam.Of course, if Santan’s food was uniquely good, that might not be such an obstacle.

But it isn’t. On a recent Saturday, my son and I visited the inaugural store and ordered three dishes. The Nyonya curry laksa had little flavor beyond the chili; Uncle Chin’s chicken rice was salty and greasy; and the chicken satay with peanut sauce was, in my son’s estimation, ‘fuzzy and too cooked.’ Even worse, for a cafe in an emerging market, Santan offers poor value: Meal prices average 15 ringgits ($3.62) with a drink, about 25% more than a chicken-and-rice combo at KFC, and double what a similar meal would cost in a local joint.And that’s the biggest problem for AirAsia.

A chain offering generically regional dishes can’t hope to compete with the hundreds of thousands of small, independently owned eateries that make Southeast Asia one of the world’s great culinary destinations. It’s like Taco Bell trying to win over Mexicans or Olive Garden hoping to entice diners in Tuscany. Why choose the corporate compromise when you can have the real thing?Two decades ago, AirAsia revolutionized consumer expectations in the region with the catchphrase: ‘Now everyone can fly.’ But everyone in Southeast Asia can already eat — and eat better than airplane food.

*This column does not necessarily reflect the opinion of the editorial board or Bloomberg LP and its owners.

Adam Minter is a Bloomberg Opinion columnist. He is the author of “Junkyard Planet: Travels in the Billion-Dollar Trash Trade” and the forthcoming ‘Secondhand: Travels in the New Global Garage Sale.’

How To Eat a Vegetarian Diet on a Budget – Yahoo Finance