By Darren Boyle for MailOnline

This is the moment a delivery driver was caught red-handed on a door bell camera stealing Amazon packages from a doorstep.

The thief approached the home in Alexandria, Virginia, carrying a couple of pizza boxes, oblivious to the fact that he was being recorded.

Despite ringing the doorbell, he did not appear to spot the camera. When no one answered the door he swiftly put down the pizza boxes, scooped up the packages and carried them back to his car. 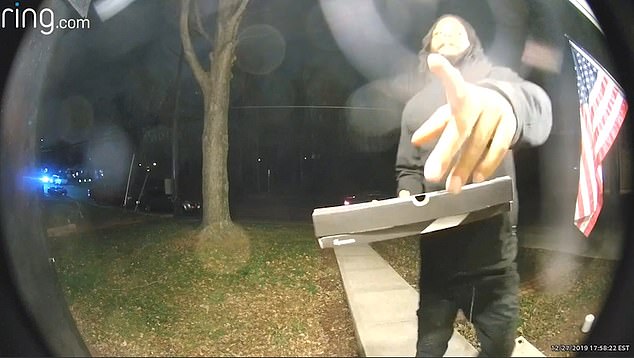 Home owner Ken Prol watched on camera as a delivery driver appeared to drop some pizza off at his house in Alexandria, Virginia, while he was away in New York for Christmas 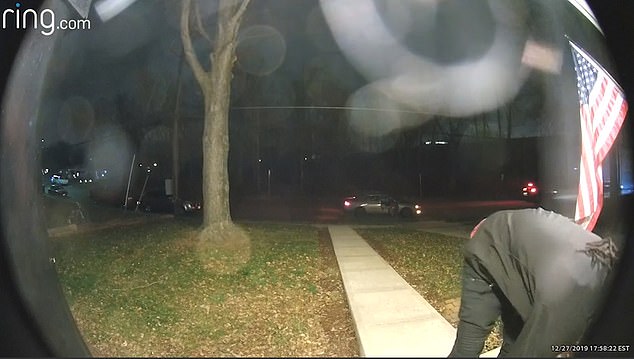 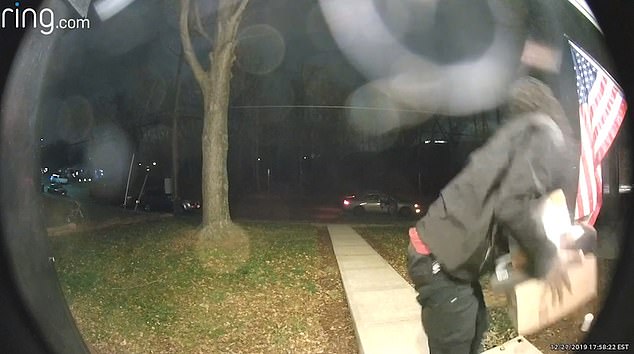 The homeowner Ken Prol told NBC Washington that he was in New York for Christmas but watched the thief approach in real time.

Mr Prol shouted at the man who ignored his instruction to return the packages.

He said: ‘It didn’t work but it was just kind of frustrating and a little surprising that it actually happened.’

One of his neighbours later confirmed they had been expecting the pizza.

Mr Prol said the stolen packages contained shampoo and conditioner for his fiancee, and Amazon had replaced them free of charge. 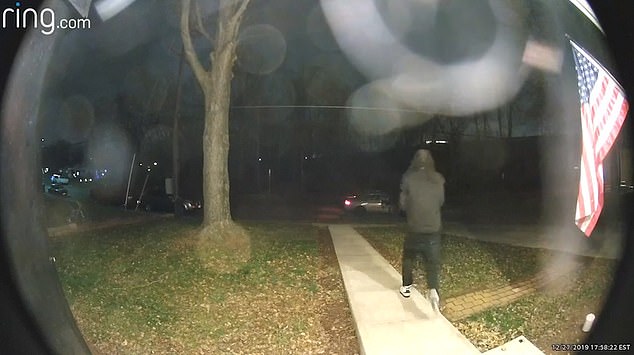 Rachel Roddy’s recipe for pasta with sausage, leek and mascarpone – The Guardian