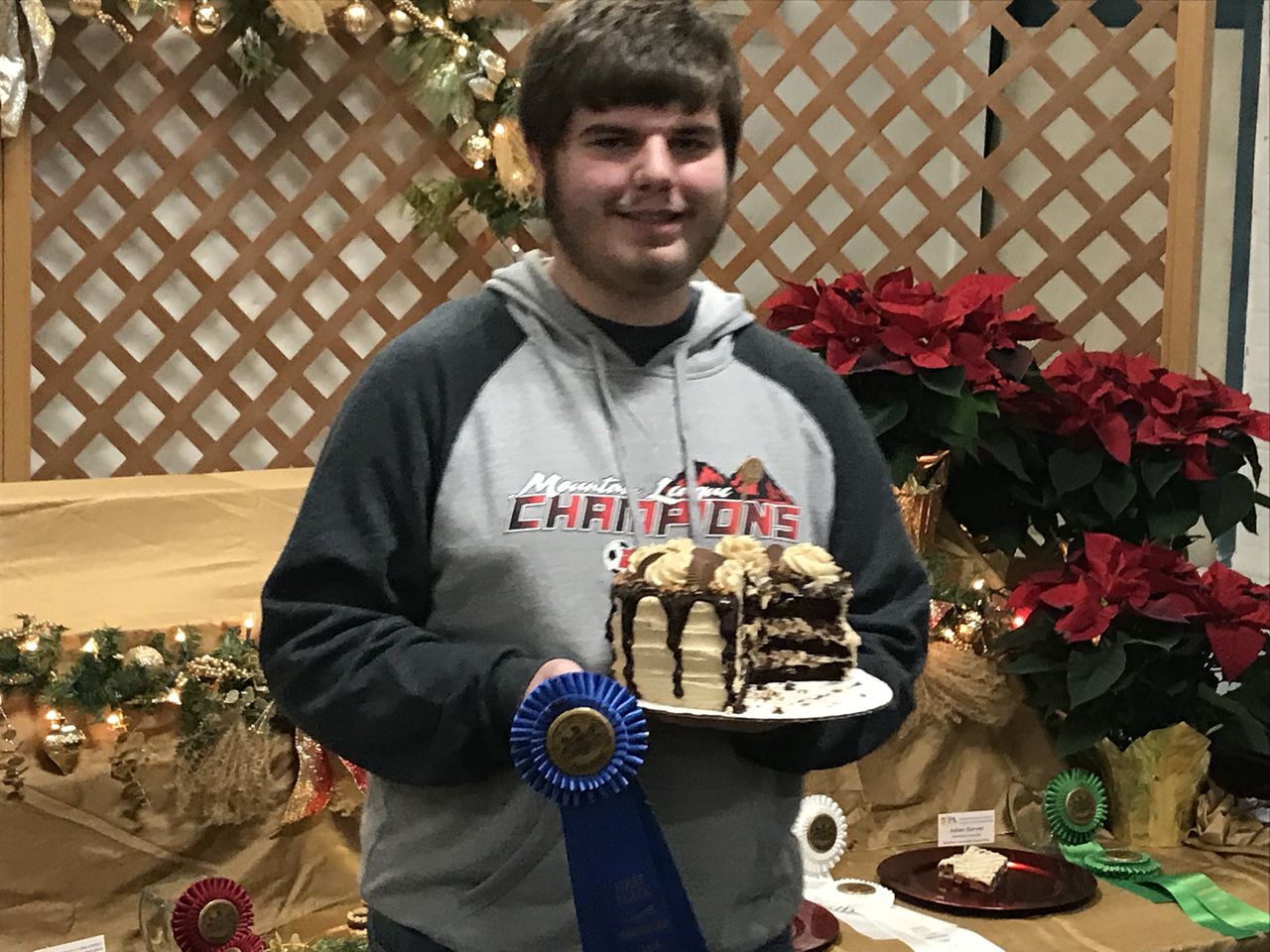 The teen contributed his win to “luck, lots of luck.”

Seventy-seven bakers competed in the contest Saturday at the Farm Show. Bakers qualify to compete by winning on the county fair circuit. Several baking contests including best apple pie and angel food cake are held during the eight-day show.

Baughman is likely the youngest winner in the chocolate cake competition’s history, although 17-year-old Clancein Donough of Juniata County won in 2014.

Baughman admitted before winning at the Clearfield County Fair last year, he had never baked a competition cake. He said the winning recipe is a basic chocolate cake and calls for hot water.

When asked what brand of peanut butter he prefers, his mother Tammy Baughman, chimed in they buy it at “Walmart.”

It’s not the first time the young Baughman competed in a baking contest. The high school sophomore said he has been baking for a long time and entered the Farm Show’s brownie, bar and cookie competition at age 12 but didn’t win.

Baughman said he’s not sure what he will do with the $500 prize but has a couple of ideas, and might take his mother out to a restaurant for a celebratory meal.

The Farm Show runs through Jan. 11 at the Pennsylvania Farm Show & Expo Center in Harrisburg.