A mix-up that ends with a dream birthday gift

Jacob Bertrand has been a huge Toronto Maple Leafs fan since he was five.

So when his eighth birthday rolled around, his parents did what they usually do — they ordered him a cake featuring the hockey team’s logo.

But when Jacob’s dad, Mathieu Bertrand, picked up the cake from their local baker in Mascouche, Que., he was in for a surprise.

Instead of the NHL team’s logo, the cake was decorated with the logo for Maple Leaf Foods, which makes hot dogs and packaged meats.

With no time to fix the mistake, Jacob’s dad was forced to take the cake with the wrong logo to his son’s birthday party. 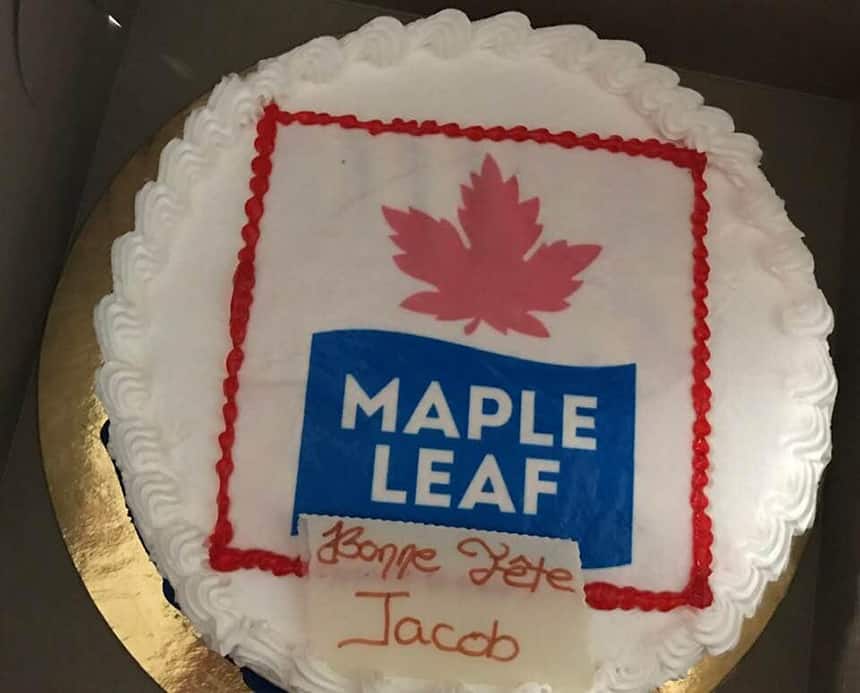 Instead of the Toronto Maple Leafs logo, Jacob’s birthday cake had the logo for Maple Leaf Foods on it by mistake. (Tania Lévesque)

Mix-up cake gets a good laugh

Jacob’s stepmother, Tania Lévesque, said the other kids at the party ate the cake but were a little confused about the logo.

Jacob, on the other hand, gave the cake a thumbs down and refused to eat it.

Despite the mix-up, Jacob and the family had a fun birthday.

“We had a good laugh,” said Lévesque, whose post about the incident was widely shared on Facebook.

She prefers not to name the bakery because she doesn’t want to bring them negative attention.

So how exactly did the mess-up happen?

Lévesque said the confusion occurred when the bakery told her it didn’t have a Maple Leafs template, so she suggested searching Google for an image they could reproduce with icing.

What’s cool is that when Maple Leafs Food heard about the mishap, they contacted the family and offered to send them to a Maple Leafs game in Montreal or Toronto. 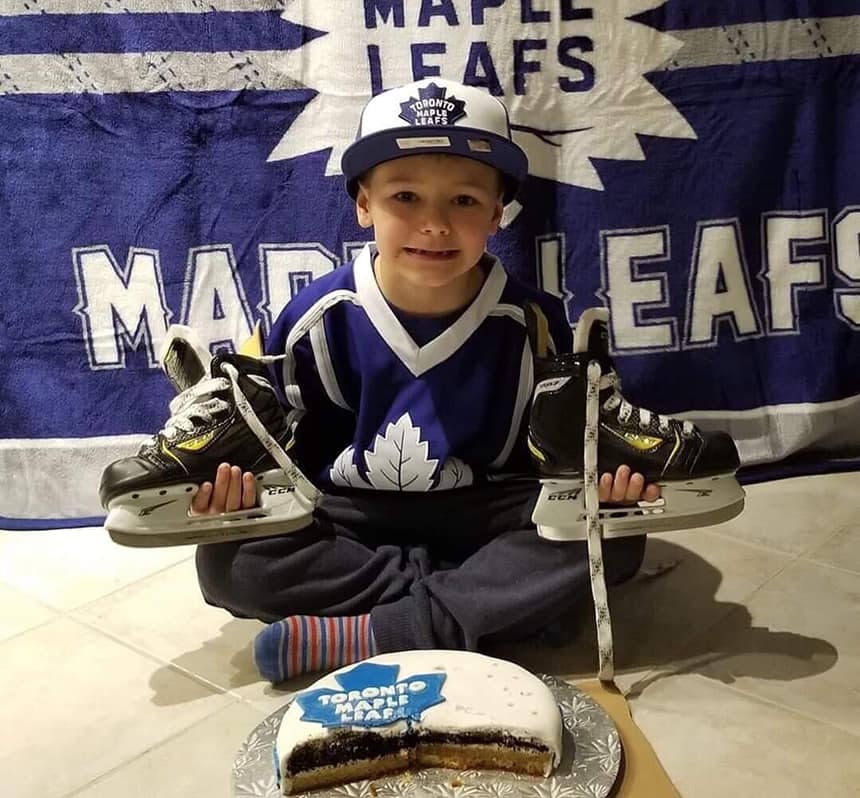 Jacob has been getting a Maple Leafs-themed cake for his birthday since he was five years old. (Tania Lévesque)

“I’m going to choose Toronto because the kids want to go there,” Lévesque said.

“And also they gave us $300 of Maple Leaf Foods. The kids love baloney from Maple Leaf.”

Although Jacob’s cake may not have turned out the way he wanted, he’s happy about the turn of events. 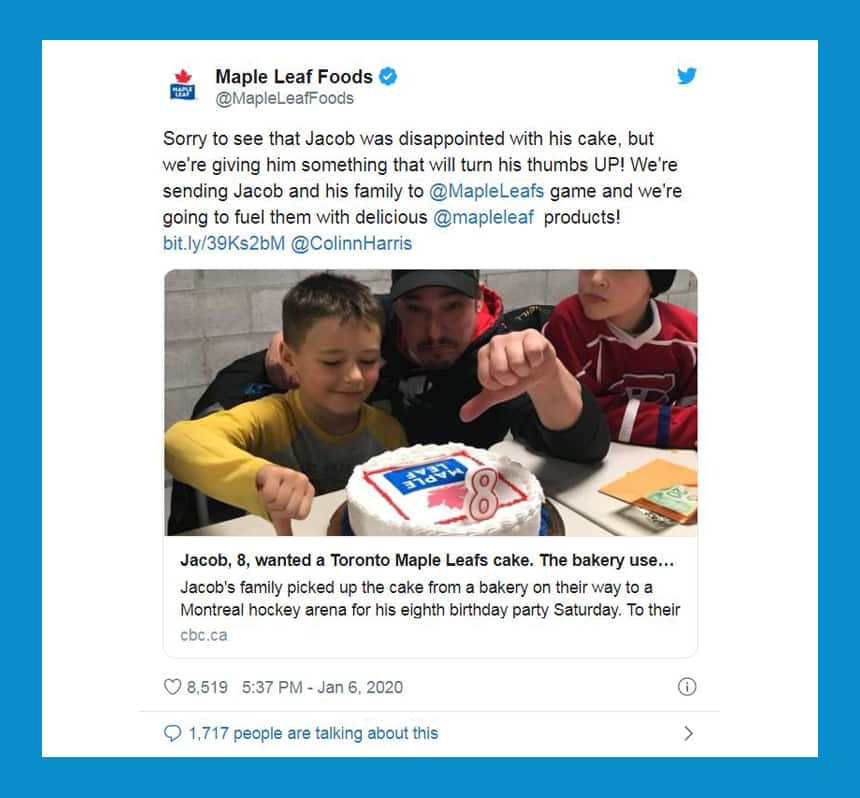 Jacob feels a bit overwhelmed by all the attention his birthday cake is getting, Lévesque said, but he’s “super excited. He’s very, very happy that we’re going to Toronto.”

Now, that’s what you call a memorable birthday present!

With files from Isaac Olson and Colin Harris/CBC News