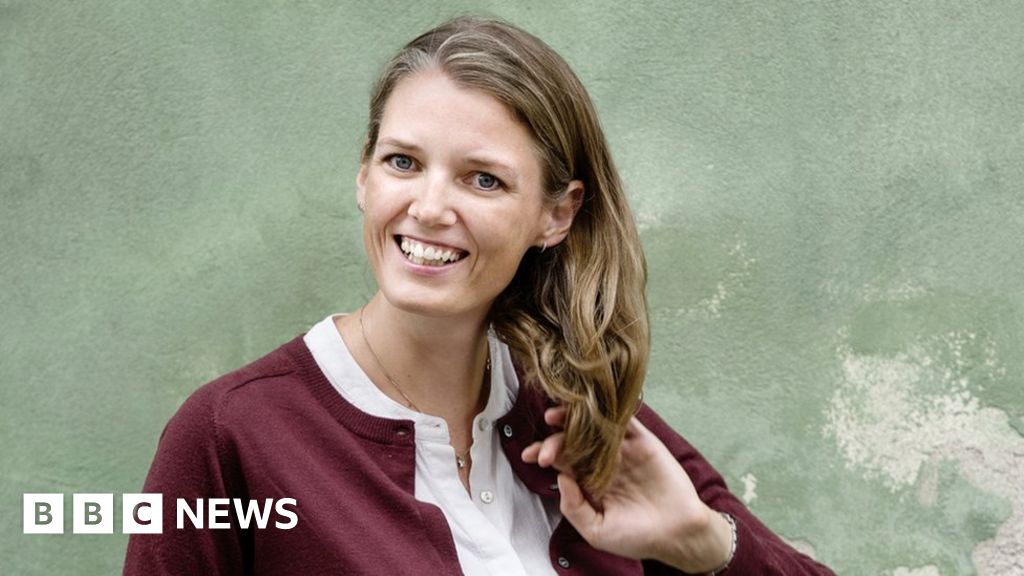 The BBC’s weekly The Boss series profiles different business leaders from around the world. This week we speak to Mette Lykke, co-founder of fitness tracker Endomondo, and chief executive of food waste app, Too Good To Go.

For many people, leaving the stability of a well-paid job to join a start-up might seem daunting. For Danish entrepreneur Mette Lykke, it’s a leap she’s made not just once, but twice.

Back in 2007 she was working for management consultancy firm McKinsey, but decided it was time to change direction. “I was missing the feeling of having a real impact,” she says.

In a serendipitous twist she was in New York when a stranger came over and handed her a postcard. It read: “Whatever our wildest dreams may be, they only scratch the surface of what’s possible.”

“It was just a nice sign,” the 38-year-old recalls. “She gave it to me when I was waiting at a red light, and she just walked away.”

Mette decided to go for it and partnered with fellow Danes and McKinsey colleagues, Christian Birk and ­Jakob Jonck, to launch the personal training app Endomondo.

“I might have done it anyway,” she says. “But it definitely didn’t feel like a coincidence at that time.”

Mette was a competitive horse-rider and for the three sports enthusiasts, launching an app to “make fitness fun” was a logical fit. Making a success of their Copenhagen-based idea was no walk in the park though.

At that time – 13 years ago – most phones lacked GPS. In the first few months of Endomondo there were days when no one signed up at all. “It really felt a little bit uphill,” she says.

Mette says that her upbringing helped prepare her for the hard graft. She grew up alongside her family’s timber business in Ringkobing, a small town in Jutland in western Denmark. “I grew up seeing that there are ups and downs,” she says.

“Most days are just hard work, [but] if I had known back then that I wouldn’t see any salary for the next two years, I might have reconsidered,” she laughs. “You just don’t know.”

As an entrepreneur, “you’re definitely an optimist,” she explains. “We always thought next month is going to be different.”

The game-changer came when the Apple App Store opened in 2008 and smart phone sales boomed. But it still took Endomondo six years to make its first profit.

By 2015, the app had 20 million users and caught the attention of American sportswear giant, Under Armour.

“They were particularly interested in increasing brand awareness in Europe,” says Mette. “We could help with that, with the vast majority of [our] users being based here.”

The US company bought Endomondo for $85m (£65m). Mette was just 33 at the time, and she and her two co-founders were suddenly multimillionaires.

“It’s a strange thing to sell a business you were part of creating,” she says. “While the deal was a big success from a business perspective and I was happy with the decision, it was still hard to let go of my baby on a personal level.”

After the sale she continued to work for Endomondo and its new parent, managing teams both in Copenhagen where she was based and also in Texas.

It was following a chance encounter on a bus outside Copenhagen in August 2016 that the Dane embarked on her next mission – fighting food waste. She started chatting to a fellow passenger who showed her an app called Too Good To Go.

“I was not fully aware of how big of an issue in society food waste really is,” recalls Mette. After doing more research she was shocked to learn about its climate impact. “That was mind-blowing to me.”

Five young Danish entrepreneurs had launched the online marketplace several months earlier. Restaurants and shops post what leftover food they have available, together with a time-slot for collection.

Members of the public can then purchase discounted meals or groceries through the app. The surplus food is saved from being thrown away – the firm makes money by taking a cut on meals sold.

“The fact that we can help solve such a massive issue and then leave everyone as winners in the process, I thought that was really powerful,” says Mette.

She found the start-up “so exciting” that she invested. Several months later she left Under Armour and joined Too Good To Go as chief executive. “I wouldn’t have jumped into this if I didn’t think I could contribute,” she says.

According to the UN’s Food and Agriculture Organisation, one-third of the world’s food is wasted. When ranked alongside countries, food waste is the world’s third-largest producer of carbon dioxide after the USA and China.

In recent years dozens of firms have set out to tackle this, including similar platforms like Olio, Foodcloud and Karma. Alan Hayes, from food and grocery research group IGD, says these apps have “helped to raise awareness of food waste in businesses and in schools” as well as empowering consumers.

When it comes to changing behaviour about food waste, Trish Caddy, an analyst at fellow research firm Mintel, thinks consumers respond better to rewards. “The Too Good to Go app is particularly good at normalising eating leftovers by promoting end-of-day food at a discount,” she says.

Mette has overseen a rapid expansion. The firm now employs 450 people, operates in 13 European countries and is due to roll out in Sweden.

“Endomondo took three years to get to the first million users and with Too Good To Go it took 15 months,” she says. “It’s just a completely different time… the technology is ready.”

Mette says it is one of Europe’s fastest-growing apps with 18 million users and is gaining an additional 45,000 daily. Customers range from bargain-hunting students to environmentally-conscious young families, while women over 50 are another big market. It has also partnered with more than 30,000 food suppliers, from Yo Sushi to Accor Hotels.

Mette describes it as a “social impact” company. “Every time we make a euro in revenue, it’s because we did something good.”

It aims to ultimately be profit making, though Mette says the timeline for delivering returns isn’t yet clear. “At the moment, every revenue we make goes back into the business. Just growing it and expanding it to more and more countries. That’s our focus.”

So far the Too Good To Go team reckon they have helped save more than 25 million meals.

“I feel like this is just the beginning,” says Mette. “It doesn’t feel like we’re anywhere near the goal line at all. Within the next five years, we want to have saved a billion meals.”