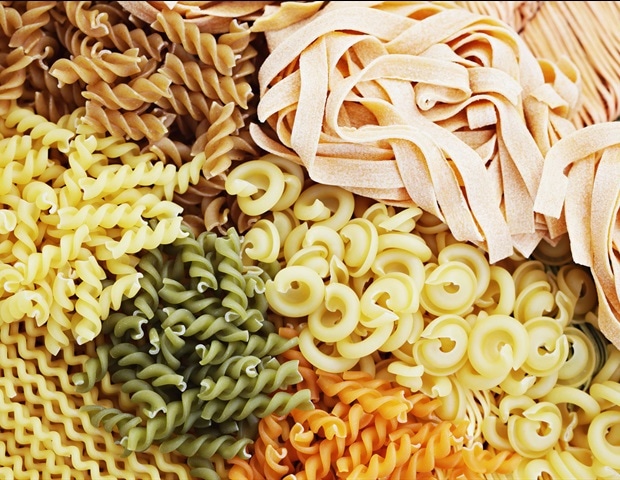 Parents who worry their child with celiac disease may be exposed to gluten at school might be able to strike two common school substances — Play Doh and dry, uncooked pasta — from the exposure risk list, as long as children don’t consume them. A study from Children’s National Hospital published in the Journal of Pediatric Gastroenterology and Nutrition found no significant gluten transfer on hands or surfaces after children used these items for classroom and sensory play.

Other common school supplies and activities such as paper mache and baking projects with flour-based dough were associated with gluten transfer. However, gluten residue was not detected when hands and play surfaces were cleaned through basic hygiene including handwashing and routine surface cleaning.

“We’ve coached families for many years to avoid kids touching any gluten containing school supply, which can be challenging, especially for young children, including my own,” says Vanessa Weisbrod, executive director of the Celiac Disease Program at Children’s National Hospital, who conceived and led the study. “These findings make an easy distinction–school supplies that are dry and not sticky show very low gluten transfer, while those that were wet and pasty cling heavily to hands and table surfaces. In all cases, good hand hygiene and cleaning surfaces after using gluten-containing materials can prevent most gluten transfer.”

The authors tested five scenarios commonly taking place in schools where it was thought gluten transfer could be high enough to pose a risk for someone with celiac disease. Gluten transfer was quantified by measuring the amount of gluten in an entire slice of gluten-free bread handled by the child or wiped on the play surfaces, both before and after cleaning. In general, products containing greater than 20 parts per million (ppm) or .002% gluten are considered unsafe for patients with celiac disease.*

U.S. Food and Drug Administration regulations allow foods with less than 20 parts per million of gluten to be labeled “gluten-free.” It is not possible to detect zero ppm–the lowest detected level is 3 ppm (.0003%).

Jocelyn Silvester, M.D., Ph.D., director of Research for the Celiac Disease Program at Boston Children’s Hospital and a co-author on the study

“Educators are very aware of our additional responsibility to keep students safe during every learning experience at school,” says Amy Damast, Ph.D., Director of Early Childhood Education and Family Engagement at the Temple Sinai Early Childhood Education Program and study co-author. “These study findings should reassure us all that routine, careful handwashing and surface-cleaning methods will keep children with celiac disease safe and healthy, while allowing them to participate in more activities that may involve gluten-containing materials. This study is a win for the students and their schools.”

Clean hands and surfaces matter most

Following the Play-Doh and home economics baking project, the team also tested the effectiveness of three cleaning methods at removing gluten particles. All three–handwashing with just water, handwashing with soap and water, or thorough wiping with an antibacterial hand wipe–demonstrated the ability to effectively remove gluten.

“Whether you’re protecting from bacteria or gluten, handwashing and surface hygiene are key,” says Weisbrod. “As parents we want to do everything we can to keep our kids safe and healthy, and this study definitely shows that the number one thing we can do is teach our kids to wash their hands!”

“The presence of gluten in schools poses a potentially serious health concern for students with celiac disease, both in long-term health complications and in debilitating acute symptoms at the time of exposure, seriously inhibiting a student’s ability to succeed at school,” says Marilyn G. Geller, chief executive officer of the Celiac Disease Foundation, which funded the study. “The Celiac Disease Foundation is proud to partner with Children’s National Hospital and sponsor research that defines the risk of gluten contamination in everyday school supplies.”

Weisbrod, V., et al. (2019) A Quantitative Assessment of Gluten Cross-Contact in the School Environment for Children with Celiac Disease. Journal of Pediatric Gastroenterology and Nutrition. doi.org/10.1097/MPG.0000000000002588.

How the chef at the world’s best restaurant makes the perfect summer salad (hint: no potatoes) – Fortune

‘I’m constantly thrilled with the food I eat every time I visit India’: Gary Mehigan – The Indian Express