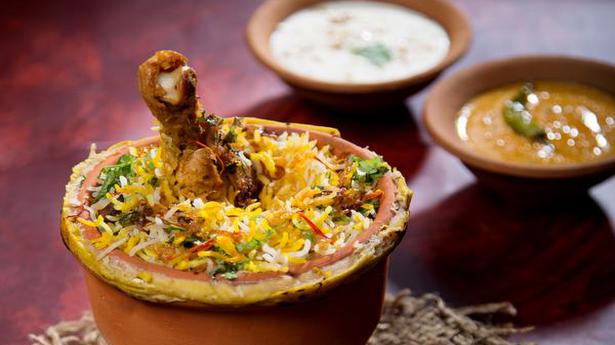 Nostalgia is best served hot, with onion rings on the side. I thought that some days ago when a friend from Singapore came home. Since he misses Dilli-wallah food, we’d ordered some mutton korma for him. But, while we chatted, I realised that what he missed the most was the food of Gulati, a restaurant on Pandara Road that he and his friends often went to.

If I had known then that Gulati delivers food to areas even 15 km away (via Zomato and Swiggy), I would have ordered some butter chicken for him from there. But I only got to know this when I went there for lunch a couple of days ago. I was told by the young man in charge of the restaurant that they deliver food to aficionados through the day.

I was a bit surprised when I received an invite from Gulati. After all, the restaurant has been there since 1959, and has quite a few hard-core fans. But Namit Gulati has plans: For one, he has expanded the delivery system, and wants to expand the buffet. The old favourites — such as butter chicken, brain curry, dal makhni — are all there, of course, but he has been adding to the menu keeping diner demands in mind.

Right now, Gulati has on the menu select Punjabi, Mughlai and Hyderabadi dishes, but he hopes to expand that as well. Sometime in the near future, there may be new Gulatis in other parts of the town. “But not franchises,” he says firmly.

As I bit into a firm yet juicy Fish Tikka Lajawaab, I remembered the time when Delhi was a hick town, and the Pandara Road Market was one of the few places where you could go late at night for a rich meal. There was even a Chinese restaurant there called, of all things, Shahi Andaz! When Gulati was first set up, it was just a dhaba. But over the years, the eateries (Gulati, Pindi, Havemore) smartened up. Then the market itself changed, with a cobbled front courtyard and a fountain welcoming visitors. Gulati is the biggest there, with 140 covers, I was told.

In the olden days, we used to go Havemore for its brain curry, and to Gulati for the butter chicken. The butter chicken is still its most popular dish, Namit tells me. But I had the Hyderabadi cuisine — Hyderabadi Chicken Biryani and the Hyderabadi Handi Gosht — and found them both delicious. The fine-grained biryani was not over-spiced, and the chicken had been cooked just right, with just the right masalas. The mutton in the Handi Gosht was nice and tender, and the gravy was deliciously rich.

We started with the Gulati Mutton Burrah Akbari. The burrah was superb: The meat was tender, and had soaked in all the spices. The Murgh Malai Tikka, again, was deliciously creamy. The menu includes Chicken 65 and a Mushroom 65 and Vegetable Galouti Kebab for vegetarians. There is also a bustling buffet table, and I could see diners going back for seconds and thirds.

The buffet, I am told, is a great hit, and especially so during festivals. For Lohri, for instance, there will be a special buffet, with a spread of seasonal dishes. The good bit about the buffet is that it starts early, and then carries on till 4 or 4.30 p.m ( ₹819 plus taxes, a la carte meal for two approximately ₹1500).

The friend’s visit — and the meal at Gulati — opened up the floodgates of memory. Ah, those days when we dug into our butter chicken and brain curry without worrying about clogged arteries. Time machine, anyone?

The writer is a seasoned food critic