Vegan diets, which exclude the consumption of animal products in favor of plant-based foods, have become a powerful market force in the United States. It’s never been easier for vegans to abstain from meat, eggs and dairy. Maybe you should join them.

“The Economist” predicted that 2019 would be the “year of the vegan,” and the prediction panned out well. According to market data from Nielsen, plant-based food sales have grown at more than five times the rate of overall food sales. Milk alternatives, such as almond milk and oat milk, comprised the largest category of sales.

Meanwhile, cow’s milk is out. Dean Milk and Borden, two of the country’s largest milk producers, have filed for bankruptcy since November. The companies attributed their financial ruin to plummeting sales of traditional white milk. Americans’ per capita consumption of fluid milk has fallen 26% over the last two decades, according to the U.S. Department of Agriculture.

The plant-based food industry owes some of its runaway success to two companies that sell mock meat: Beyond Meat and Impossible Foods. Their lab-produced foods use specially chosen plant ingredients, which mimic the taste and appearance of real meat. Restaurant companies such as Burger King, Qdoba, White Castle and Dunkin’ have all signed deals with Beyond Meat or Impossible Foods. This week, Impossible Foods announced the upcoming release of a pig-free pork.

However, there’s no vegan utopia yet. USDA data showed that overall dairy consumption in pounds per person remained unchanged between 2015 and 2018, owing its resilience to cheese consumption. Similar patterns hold for eggs.

While veganism has become mainstream, it is not necessarily popular. As few as 3% of Americans identify as vegan, according to Gallup. One poll commissioned by HuffPost suggests that more voters would be reluctant to vote for a vegan than would be excited to vote for one.

The rise of vegan food highlights the trend of reducing rather than totally eliminating animal-based foods. A survey from Harris Poll found that as many as 1 in 5 Americans sometimes opt to eat out totally animal-free.

The pattern also reflects a generational divide. Impossible Foods data indicated that more than half of Generation Z and millennials eat plant-based meat at least once per month, compared to just 1 in 5 baby boomers.

One motivation is the environment. A study published in the journal “Science” identifies greenhouse gas emissions, global acidification, eutrophication, land use and water scarcity as factors that make livestock consumption environmentally unfriendly. Oxford University researcher Joseph Poore, who led the study, concluded, “A vegan diet is probably the single biggest way to reduce your impact on planet Earth.”

Another study estimates that eating vegan for just two-thirds of meals could reduce food-related carbon emissions by 60%.

Animal welfare is a second reason. Peter Singer, a Princeton University professor of philosophy who presented a lecture on animal ethics at IU in 2018, wrote, “industrial agriculture denies animals even a minimally decent life.”

Citing small cages, disease and chemical poisoning associated with production of food from fish and birds, Singer and animal welfare activist Karen Dawn argue that there is a moral imperative to abstain from fish, eggs and poultry.

While the National Institute of Health emphasizes that red meat consumption is associated with an increased risk of heart disease and stroke, consumption of fake meat isn’t necessarily healthier.

Emily Gelsomin, a senior clinical nutrition specialist at Massachusetts General Hospital, explains, “Meatless burgers are good for the planet, but not always good for our health.” Patties from Impossible Foods and Beyond Meats are heavily processed and include higher amounts of sodium and saturated fat than typical beef burgers, Gelsomin said.

This type of diet change, the serious reduction of meats and dairies, is feasible for almost anyone with typical dietary needs in Bloomington. Vegan options in Bloomington are numerous. It’s easy to buy from Bloomingfoods, Rainbow Bakery and more. Meatless burgers, including Beyond Meat’s famous patty, are widely available at supermarkets like Kroger. IU even offers on-campus options, too.

Veganism is here to stay in the 2020s. Next time you eat out, maybe hold the cheese. 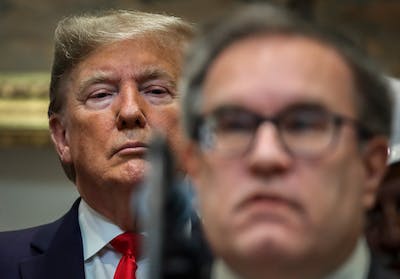 Tensions between the United States and Iran endanger Iraqi civilians. 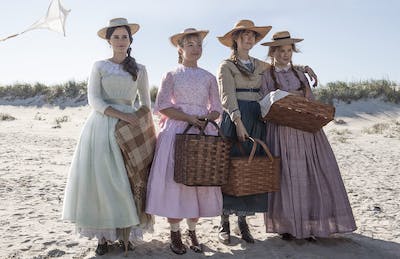 “Little Women” poses a 150-year-old question that is yet to be answered.

Independent Restaurant Owners Want $120 Billion To Get Them Through COVID. Where’s The Accountability To Workers And Taxpayers? – Forbes