Chef Frank Ruta remembers the first time he ate in Restaurant Nora’s historic Dupont Circle dining room. As a young chef from a small town outside Pittsburgh who’d just started cooking for the Carter White House, he was impressed by her pioneering farm-to-table cooking. Restaurateur Ashok Bajaj similarly recalls a meal there with grand dame Nora Pouillon herself just after he arrived in DC in 1998. At the time, he was a fledgling entrepreneur from London who had just opened his first restaurant, the Bombay Club.

So when Nora shuttered in 2017 after a 40 year run, Bajaj snapped up the space. Now he and Ruta are hoping to write another chapter of Washington dining history with Annabelle. The modern American fine dining room opens on Friday, January 17.

“We have a new identity but want to keep it in the grand scheme of what she achieved here,” says Bajaj, who poured over $6 million into revamping the 19th century building. The multi-story space includes a dining room and bar, a glass ceilinged garden room hung with vines, a cellar cave for aging meats and storing wines, and an upstairs art gallery that doubles as private event area.

Martin Vahtra (who’s behind the look of Rasika West End and other Knightsbridge Restaurant Group spots) has given the 95-seat dining room a retro-chic look. Ruta’s menu contains some throwbacks, too, like Ossetra caviar service, a Monte Cristo salad, and lobster Américaine—what he calls “grand old hotel dining from the ’30s and ’40s.” Like everything else on the menu, these dishes are reimagined for modern times. A pheasant consommé, for instance, is anointed with truffle and tapioca pearls.

“It was always Mrs. Reagan’s way of starting a luncheon—a light, warming, sophisticated way to begin a meal,” says Ruta of the former First Lady’s affinity for consommé. (Ruta cooked in the White House through the beginning of the George H.W. Bush years.)

The menu (see below) follows a literary theme in honor of Joel Barlow, an 18th century politician and poet who coined “Kalorama” for the area around his estate (“beautiful view” in Greek). A section entitled “Rising Action” contains homemade pastas, while “Setting” denotes house-aged meats. Lamb, shoats (young pigs), duck, and Wagyu beef are all hung in the cellar for richer flavor. A neighboring cave keeps wine director Mark Thompson’s 150 bottles at a quaffable temperature, with food-friendly options ranging from a wallet friendly-ish $50 to special finds in the $1,000 range.

Those looking to semi-splurge can opt for the tasting menu (see below). The five-course prix-fixe takes the opposite approach of many in town: it starts as vegetarian, and then patrons can opt to add meat or seafood to whichever courses they choose. One course might be a red cabbage and mushroom pithivier (puff pastry pie) that stands on its own or can complement pancetta-wrapped venison loin. The meatless option is $68 while the tasting with proteins is $83. An optional wine pairing is $48.

To answer a question on burger-lovers’ minds: yes, a version of Ruta’s famed patty from his former restaurant Palena, and more recently, Mirabelle, is making a comeback at the 10-seat bar (Ruta is still fighting a non-compete lawsuit at the latter). The drink spot, called Barlow, will serve a separate, more casual menu alongside classic cocktails for a walk-in crowd.  This iteration of the burger boasts the same thick, dry-aged patty and homemade bun plus a Reuben-esque topping of crispy house-made pastrami, gruyere, kraut, and a creamy Thousand Island-esque sauce.

“Even though you try and change, you always come back to what you know and what you like to cook,” says Ruta.

Take a look at the sample menus: 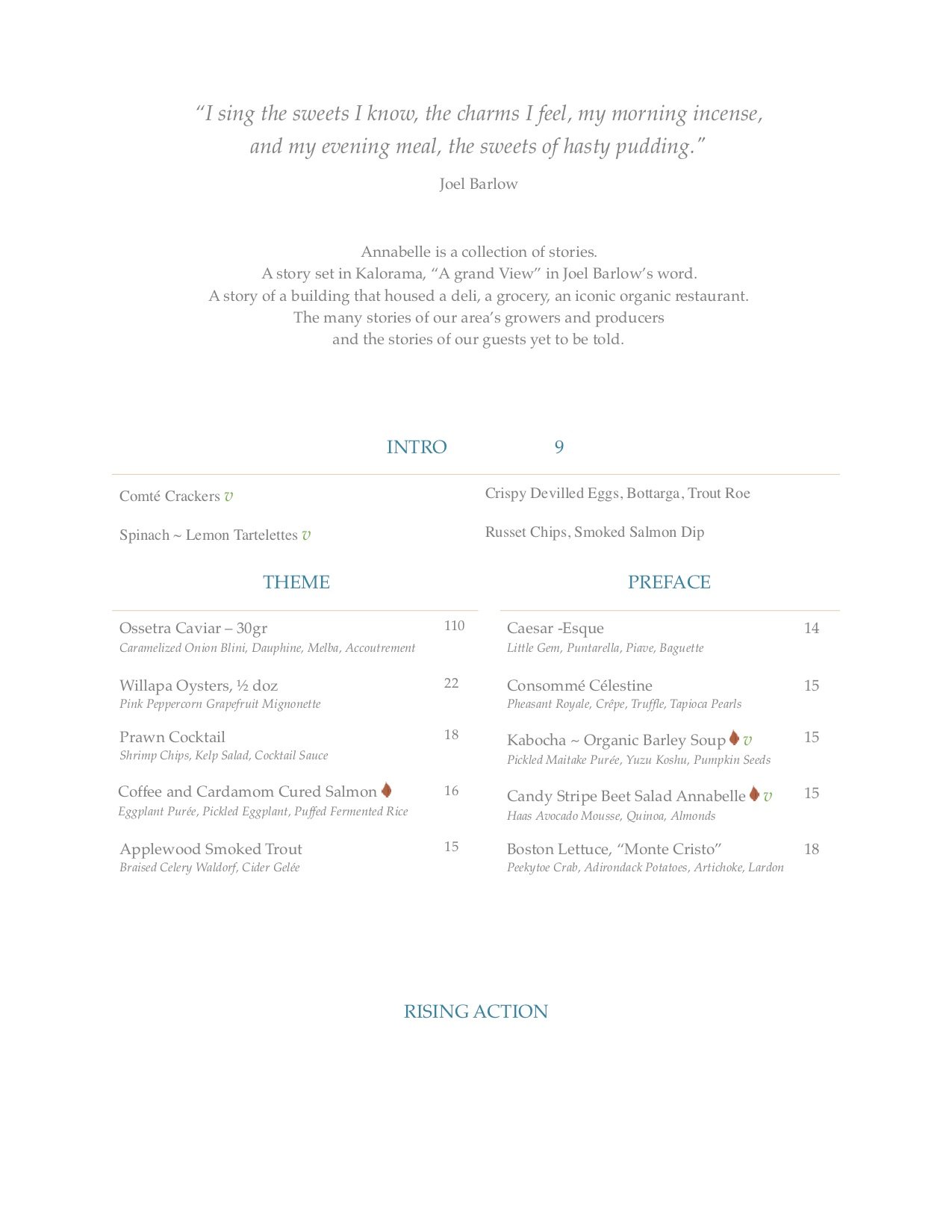 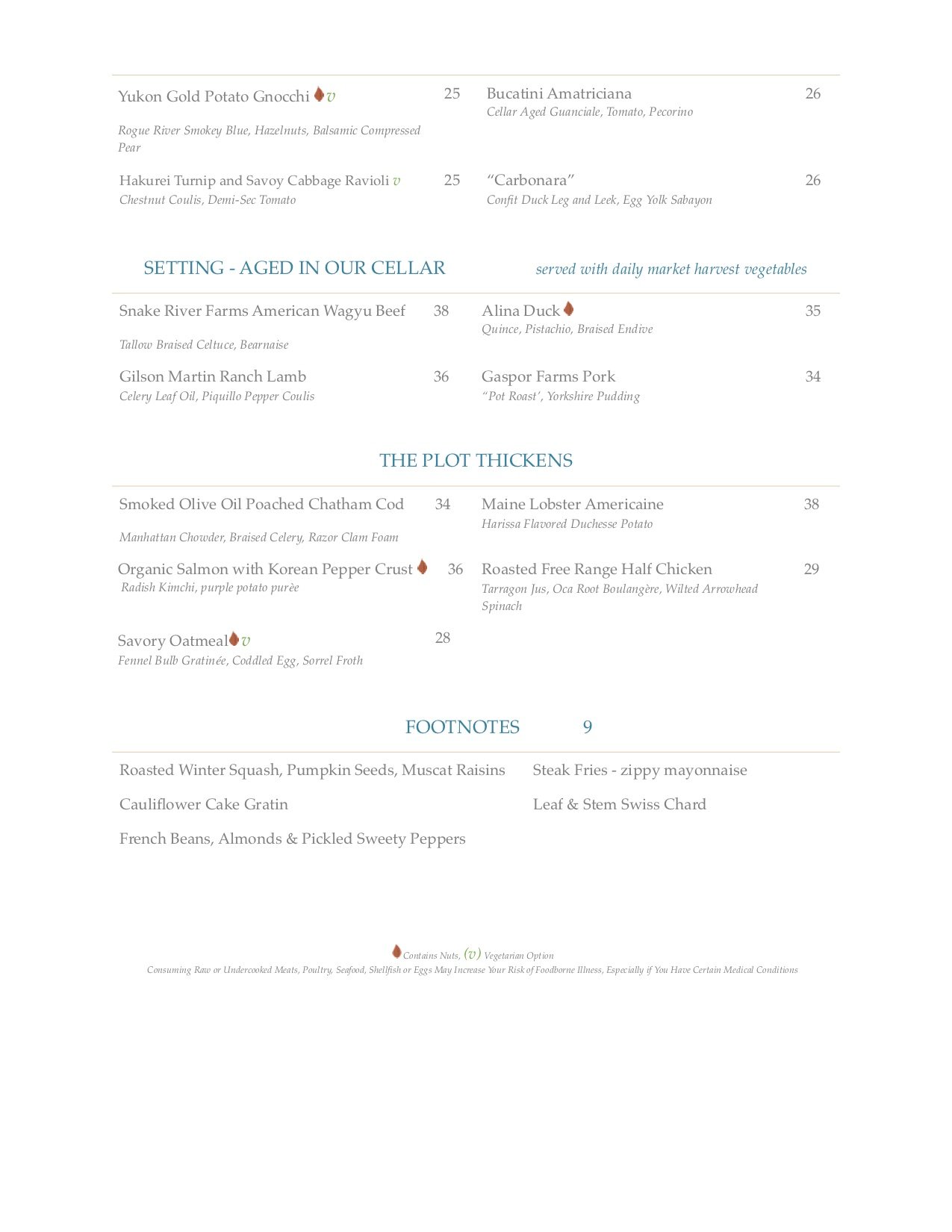 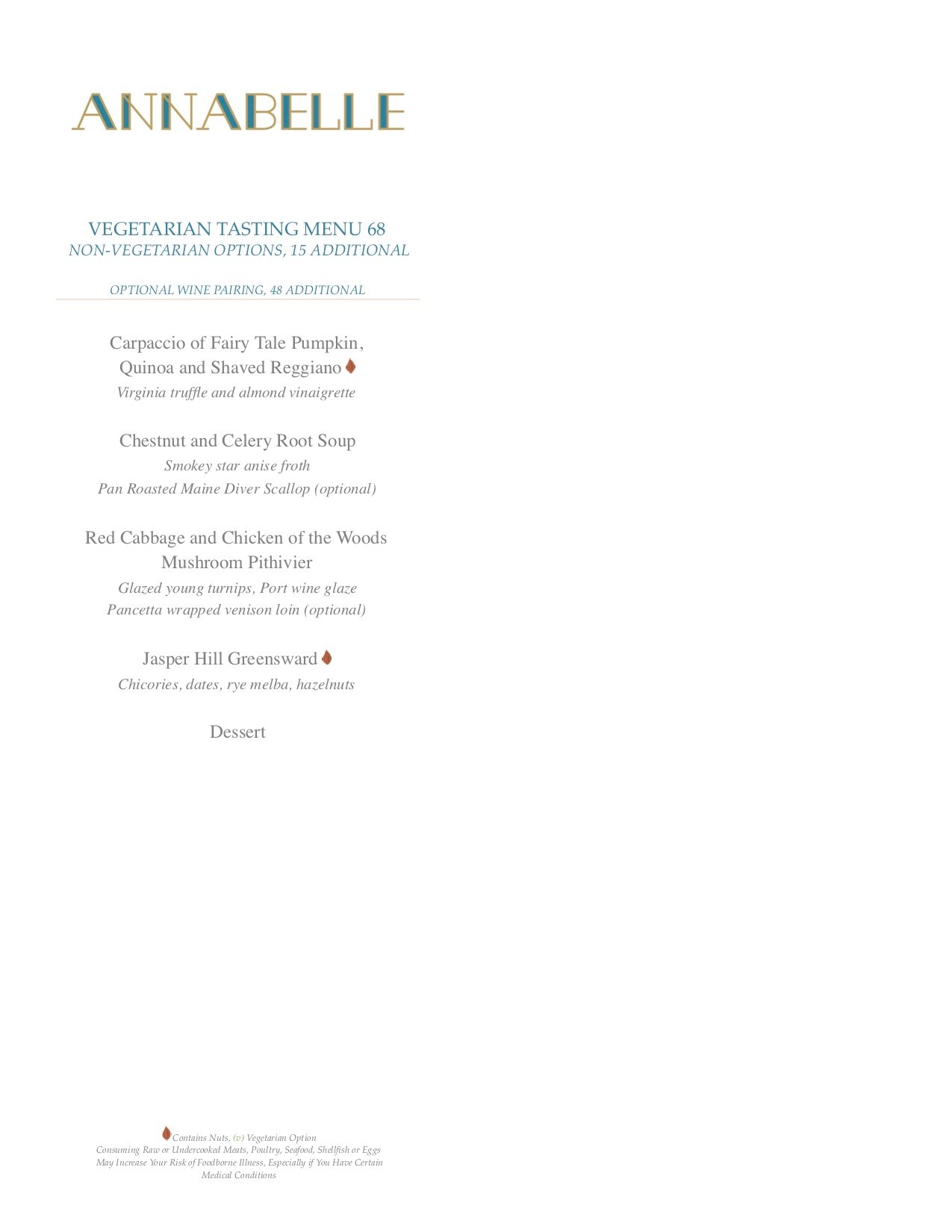 A restaurant with no leftovers – Chicago Tribune