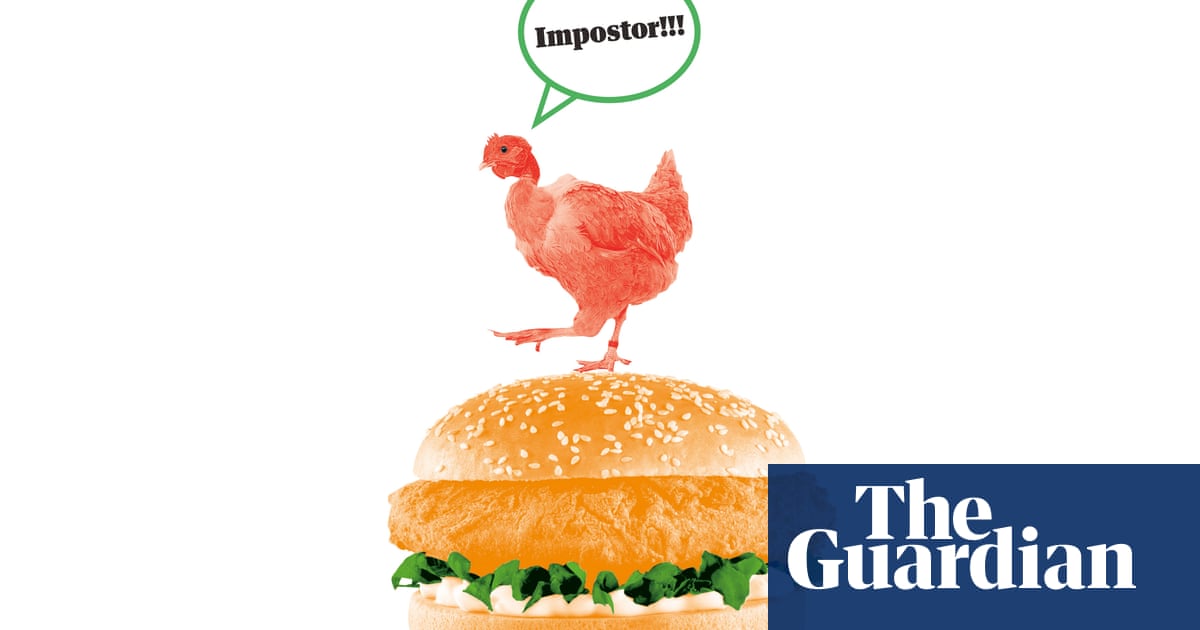 The beginning of 2020 is an exciting time for vegans. Both KFC and Greggs have released new vegan products: a burger and a steak bake, respectively. McDonald’s has also announced some veggie dipper thing, but once again it’s just taking its weird pea-and-bean mush and reshaping it, so it can do one. I suspect its vegetarian department consists of a group of toddlers mashing the veggie paste like Play-Doh; whenever a usable shape occurs, it is put on the market.

Predictably, this news has been divisive. A quick glance at the companies’ announcements on Twitter will reveal a range of non-veggies complaining about how rank the steak bake looks, how it shouldn’t be called steak because there’s no steak, and how simulating meat goes completely against the whole idea of veganism, and that vegans should be ashamed of themselves and made to eat ham as punishment. The rage would be understandable if these products were replacing anything that is already on the menu – but they aren’t. People are annoyed merely that they are being offered as an option.

The obvious question is: why? There are a number of possible answers. It may be because people think vegans are sanctimonious, smug and have been catered to far too much already. If you’re anti-vegan, it must feel like an invasion. I mean, there is a vegan menu at Harvester now: game’s gone mad. What’s contradictory about this is that these are often the same people who complain about vegans “banging on about it” the whole time. Normalising veganism by offering more choice will surely make it less unusual to be vegan, and therefore less bangonaboutable. It would make sense for these people to be in favour of the Colonel going hipster.

There is also something that meat-eaters are finding particularly annoying about decent vegan options. It feels as if they are comfortable with their choices as long as vegan food remains awful and inconvenient. The recent rise in popularity of the Beyond Burger and the Impossible Burger, two plant-based patties that have reportedly fooled meat-eaters in taste tests, seems to have enraged people. Have a look online and you can watch numerous videos of (mainly Americans) saying, “This isn’t real food, it’s trash. God bless America!” before throwing the burgers into a bin, and then retrieving them from the bin for the next person. (I assume they are doing that; otherwise they would have to buy so many burgers it would slightly undermine their boycott.)

A vegan option at KFC presents an obvious moral quandary. KFC’s core business is chicken slaughter; it kills over 2 million a day. When you go into any KFC, it literally smells of dead chicken. So the idea that you would overlook all of this to taste the vegetarian substitute covered in the same spices they normally put on the dead animals strikes me as weird.

The truth is, it’s an issue of convenience. I have often gone out with mates who suggest a post-pub meal at KFC, and contemplated the practicalities of eating a corn on the cob in front of my drunk friends. It’s nice to have an option that doesn’t lead to you being called “corn teeth” for the rest of the night. And so I find myself in the large group of vegans who are delighted that options are being offered at places like KFC, but who, after a possible first try, will never eat them again. Their main purpose, meanwhile, seems completely obvious: to annoy dickheads on social media.

Food business operators to be brought under single platform – The Hindu