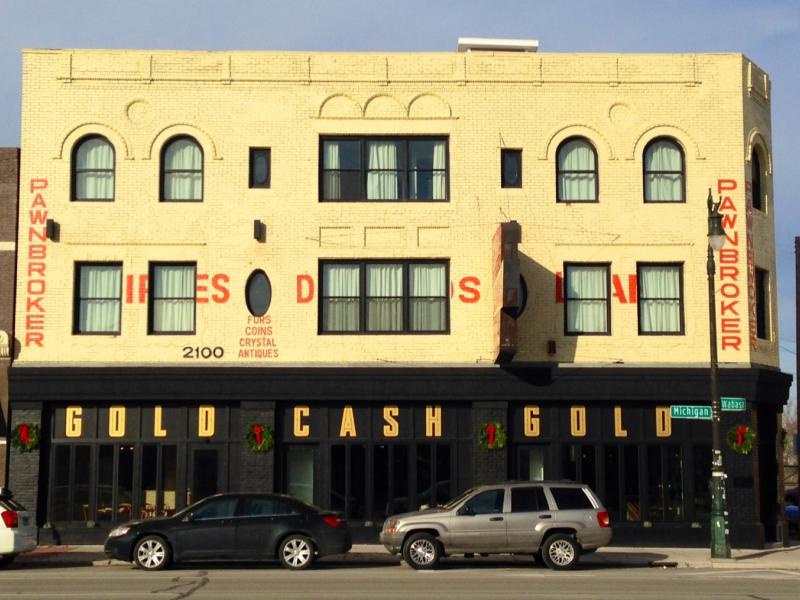 Gold Cash Gold, a five-year-old Corktown restaurant in an old pawn shop on the Detroit neighborhood’s main drag, is set to close around Feb. 2.

The Southern-influenced American restaurant’s chef-partner Brendon Edwards disclosed the news in an email obtained by Crain’s. The business will be up for sale, as well, according to co-owner Phil Cooley, also of nearby Corktown staple Slows Bar BQ.

Ownership declined to disclose the asking price. They plan to keep ownership of the renovated building at 2100 Michigan Ave.

Edwards cited a variety of reasons for the closure. Business is slow in Corktown during the week, and in an increasingly populated restaurant market, diners are often driven to buzzy new places, he wrote.

“… we have battled with keeping weekday business which often is a hindrance to our bottom line,” Edwards wrote in the email sent Friday evening.

The end of the year was less profitable than expected, he wrote, and Gold Cash Gold faces a January without the extra business drummed up by the North American International Auto Show downtown. It moved to June as of this year.

Edwards and Cooley also spoke to Corktown’s slower growth compared with other areas in the greater downtown. Downtown and Midtown have the foot traffic, but Corktown doesn’t yet, Cooley said. He expressed optimism, though, with Ford Motor Co.’s renovation of Michigan Central Station under way as the centerpiece of a mobility-focused satellite campus.

Phil Cooley said they plan to sell Gold Cash Gold’s assets — including liquor license and equipment — as a turnkey restaurant to another owner who is at the time in their career where they want the challenge.

Gold Cash Gold, in the crowded fine-dining sector, was not profitable. But Cooley said he has “nothing but tremendous respect” for the staff, chef and leadership.

There are no plans to sell Slows, Cooley said.

There could be pop-ups after the closure, and Gold Cash Gold plans to honor event bookings, Cooley said. Edwards wrote there could be future opportunities for staff, and also that he would help those who want assistance finding other jobs.

“…My heart is nothing but sad about this,” Edwards wrote in the email. “…the goal I have had since day one here is to continue to grow and push and educate all who comes through our doors. Each person that leaves here I believe to be better than they came and for that I am happy. Detroit has been my home for a decade and I have been inspired by it and the people who work so diligently to make it better.”

Bigg Boss 14: Shopping, eating out to watching movies in theatre, here’s what will be different this season – India TV News