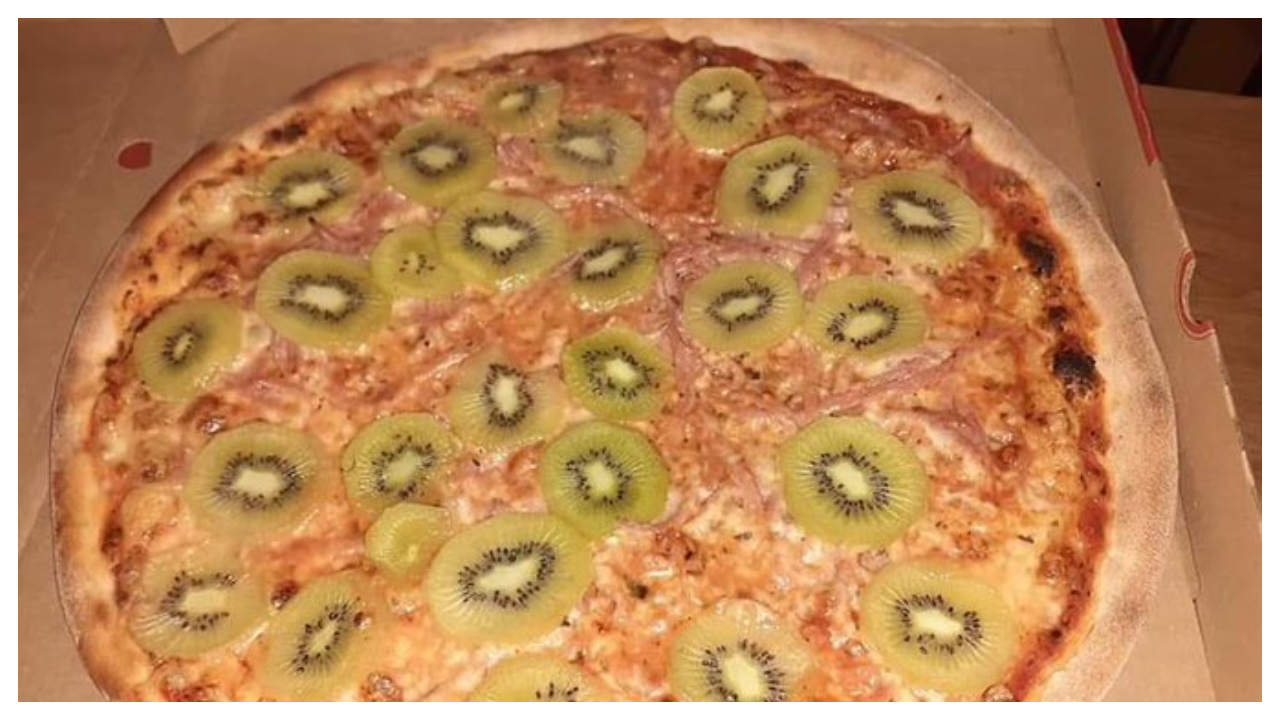 As much as we love kiwis and pizzas, can be just let the two be ‘not kiwi pizza’? Kiwi Pizza is a ‘thing’ after the infamous ‘pineapple pizza’ and we can safely say that the only satisfaction we can get out of this pizza is Kalen Allen reacting to this horrible combo of a pizza on ‘Kalen Reacts’.

In an attempt to make varied pizzas, as it has over the years, a Danish restaurant has concocted a pizza with kiwi as topping and netizens, obviously, are not amused. The kiwi pizza was initially uploaded to Reddit user that looked like the pizza had a healthy soaping of cheese, a tomato base and potentially some droppings of ham slices.

Reacting to this food abomination, one person wrote on Reddit: “This makes me unreasonably angry.”

“This is the slippery slope that permitting pineapple has resulted in.”

The disapproval for this new pizza also reached Twittersphere who has a lot to say.

‘’The World is going to hell. 1) pathologic lair, traitor, and racist asshole for a president. 2) possible war 3) Australia is on fire 4) Kiwi fruit on pizza is a thing’ roasted one user.

‘’NFW. Pineapple on pizza is a crime and so is this. I make a killer fruit salad with a layer of kiwis on top but not pizza!!!’’ wrote another.

Surprisingly, some netizens were GTG to give this pizza a try,

“I actually see this working with the right other ingredients. Kiwi has a similar flavor profile as pineapple.”

“I don’t think it would taste great. But do you know what? I’d give it a try. Pineapple on pizza gets a lot of crap and I actually quite like it,” said another person.

It’s causing a similar reaction to the one invented by a Swedish pizzeria that put goddamn banana on a savoury pizza.

Bollywood celebrities who gave up meat and turned vegetarian – TheHealthSite

Zomato To Now Allow Users to Order Food From Anywhere: How Will This Work? – The Quint