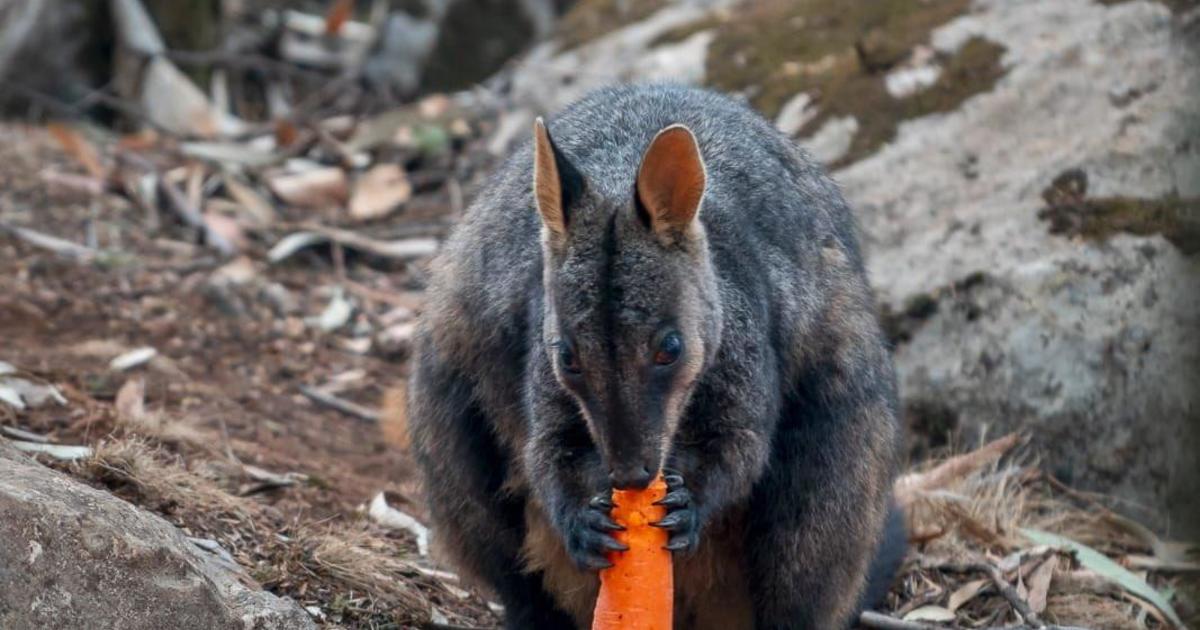 Officials in Australia are working hard to make sure brush-tailed rock wallabies have enough food to eat amid the destruction from massive wildfires. Thousands of pounds of carrots and sweet potatoes have been dropped from the sky across New South Wales as the National Parks and Wildlife Service scrambles to save the marsupials.

“The provision of supplementary food is one of the key strategies we are deploying to promote the survival and recovery of endangered species like the brush-tailed rock wallaby,” said New South Wales Environment Minister Matt Kean in a statement.

The brush-tailed rock wallaby is considered an endangered species in New South Wales and a “threatened” species in the neighboring state of Victoria. Most of the 15 species of rock wallaby in Australia have disappeared from their original range and are now considered threatened.

The airdrop mission, dubbed Operation Rock Wallaby, was the most widespread food drop ever done for the species, Kean said. It’s an effort to save animals who lived through the fires but lost the natural food supplies they need to survive.

“The wallabies typically survive the fire itself, but are then left stranded with limited natural food as the fire takes out the vegetation around their rocky habitat,” Kean said. The animals were already “under stress from the ongoing drought, making survival challenging for the wallabies without assistance.”

An estimated 1 billion animals have died since Australia’s devastating wildfires started spreading in September. University of Sydney professor Chris Dickman estimated that the total is over 800 million in New South Wales alone.

How to help wildlife

A number of organizations are raising money to assist animals in Australia’s fire disaster:

And here’s information on how to help firefighters and residents affected by the fires in Australia.