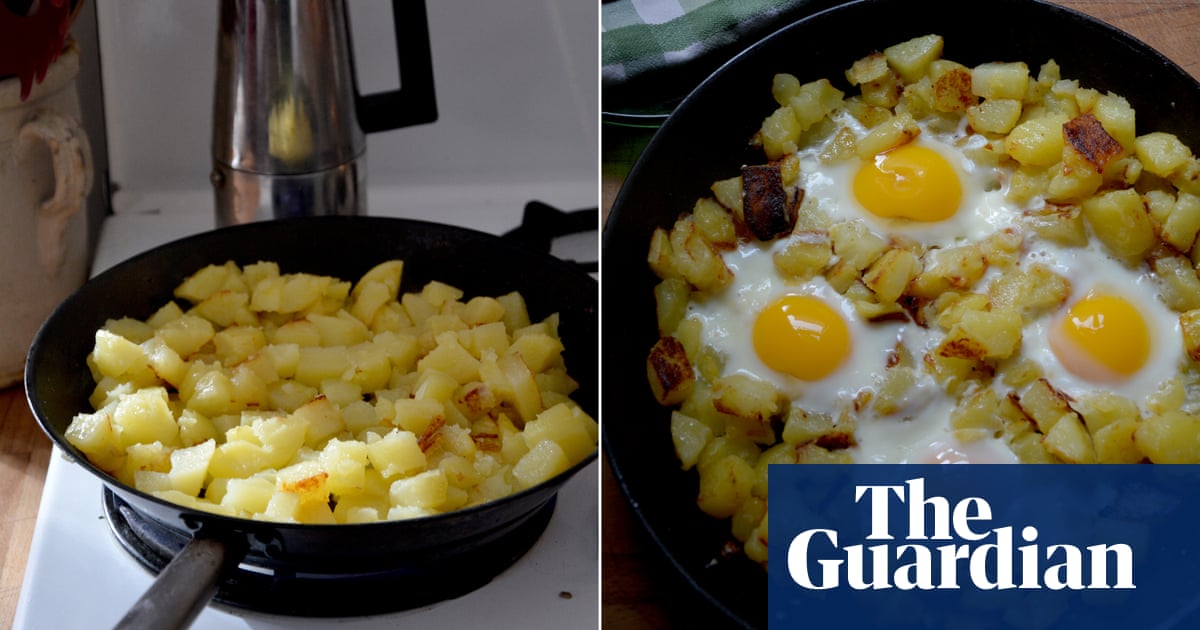 After his citrus cookery demonstration, the Sicilian chef Corrado Assenza asked us, a room of about 20 people, if there were any questions. I put my hand up into the lemony air. A young man near me did not: he simply shot out his question like a bullet, and it was the same question as mine. Corrado noticed, but I turned my keen arm into a “it’s fine” wave, so he answered the man, ending with thanks for a good question, before turning back to me. Acknowledging that my question had been answered would have been the sensible thing to do, but petty rage isn’t sensible. Being sensible also felt like giving the upper hand to the usurper, so I grabbed a thought: “What is your comfort food?” translating it as it came out of my mouth (cos’e il tuo comfort cibo?).

Not only did the question feel wrong and twee, it was also a bad translation that didn’t make any sense. Even if I had got it right (qual è il tuo cibo di conforto?), it doesn’t have quite the same meaning. The situation was further confused when someone else asked if I meant comfort in terms of comodità, as in “convenient” or “easy”. Fortunately, Corrado understood what I was getting at; it depended on when I asked him, he said: “Different moments called for completely different sorts of comfort.” He also suggested that maybe the reason there is no need for the term comfort food in Italian is because the words are one and the same: food is comfort.

Maybe it’s because there was a time when it wasn’t. I think of Corrado and the idea that “food is comfort” often. Mostly with the predictable things: mashed or baked potatoes; pasta with sauce and cheese; baked fruit; tomatoes on bread; a moon of watermelon eaten in the sea; the cricket ball-sized arancine filled with ragu; bechamel and peas we buy from the bar near the port of Palermo, all of them a little homecoming.

But more than the predictable are the other things: the apple I always eat on the way to pick up my son from school; the Polo mint I suck before any sort of interview; the hard-boiled egg I buy from M&S when I arrive at Gatwick, which often gives me heartburn, discomfort-comfort. Writing about the mysterious appetites of grief in her essay S is for Sad (in An Alphabet for Gourmets), the American food writer MFK Fisher notes: “It is as if our bodies, wiser than we who wear them, call out for encouragement and strength … to eat.” I am not comparing an interview to grief, but in that moment, the little Polo clinking beneath my teeth like a mint ceramic is encouragement and strength. It is also familiar.

Food is comfort for me when it is dependable; when I know what is coming: the apple, the egg, doughnuts for breakfast on a Saturday, and fried potatoes and eggs on a Monday. Today’s dish isn’t really a recipe; rather, it is a way with a kilo of potatoes and four eggs, and one of my favourite things to eat with anyone, but especially just the three of us at this time of year.

I must end by noting that I have debated quite seriously with my partner Vincenzo for 11 years about cooking the potatoes, before admitting his way – uncovered, covered and then uncovered – is best, giving our comfort crisp edges.

Pour some olive oil into a frying pan – seven tablespoons as a guide – then tip in the potatoes along with a good pinch of salt, and put over a medium flame.

Cook for about three minutes, tossing the cubes around until they are coated with oil, then reduce the flame to low and cover with a lid. Leave the potatoes to cook gently, shaking the pan a couple of times, for 15 minutes, in which time they will steam, braise and almost cook through.

Uncover, add the rosemary and raise the heat. As the potatoes are almost cooked, this stage is all about crisping, so fry for 10 minutes, stirring often to brown all sides.

Push the potatoes aside to create four small hollows, break the eggs into the hollows and fry until done. Serve immediately.

Suffering from diarrhoea? This could be a sign of food poisoning, the other signs and symptoms of the conditio – Times Now