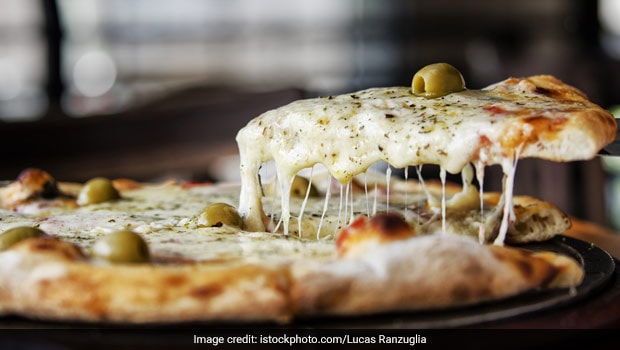 HighlightsLove for pizza, at least for most of us, is unexplainableNaanizza has naan as base, gravy of butter chicken/paneer as sauceDo not throw away extra naan, make naanizza out of itDo not waste food – whenever we hear someone saying this, the first person who comes in our mind is our mothers. This is a saying that has been injected in our mind since childhood. Hence, every one of us undergo guilt trip whenever we throw extra foods in the dustbin. But every problem comes with a solution. Almost every Indian kitchen prepares something or the other out of leftover or extra foods. Some of the very well-known dishes are stuffed like parathas (stuffing made our of leftover curries), sandwich (again, stuffing made out of leftover food), dal parathas (left over daal used as stuffing), fried rice (all the dry curries mixed together with rice and fried with different kind of sauces) and more. One of dishes is Naanizza (naan-pizza).Our heart melts and mouth gets watery whenever we talk about pizza. Love for pizza, at least for most of us, is unexplainable. The crispy crust, melting cheese, assorted veggies, delicious meat- that’s what happiness looks like. Now imagine a pizza out of your favourite butter chicken and naan. It will be a double reward in a single pack.Naanizza basically has naan as base, the gravy of butter chicken or butter paneer as sauce, assorted with onion, bell pepper, olives, corn and mozzarella. The best part is that naanizza can be prepared at home and that too in few minutes.Ingredients:Naan- 1 pieceChicken/paneer makhni- make sure the chicken is bonelessShredded mozzarella- half cup (or more)Chopped onion- as much you likeChopped bell pepper- as much you likeChopped olives- as much you likeChopped corn- as much you likeChopped salt and pepper- if neededChopped oregano and chilli-flakes- you can avoidButter/olive oilMethod:Brush butter/olive oil on the naan.Preheat the oven and bake the naan for 2 minutes.Take it out and spread makhani gravy on it, leaving the edges of the naan.Then assort it with paneer/chicken, veggies, oregano and if needed salt and pepper.Sprinkle mozzarella on it and bake for 5-6 minutes.Your naanizza is ready to be served.We hope now you know what to do if you have extra naan and butter paneer or butter chicken at home. Enjoy! Comments

Eat Out to Help Out: Bargain hunter shows how to get three meals a day for under £5 – The Sun