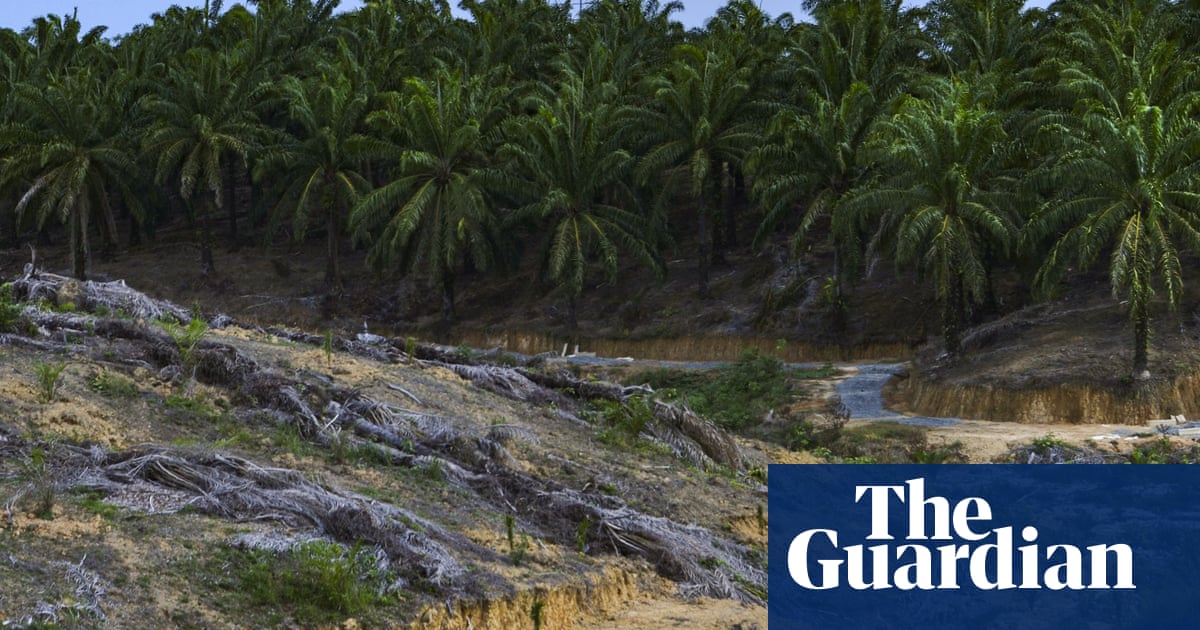 Some of the world’s biggest brands are failing in their commitments to banish deforestation from their supply chains through their use of palm oil, despite making public claims to environmental sustainability, according to two reports.

Scores of the world’s biggest consumer brands have agreed to phase out deforestation through the use of sustainable palm oil by 2020, but this goal looks far out of reach for many, according to separate reports from the campaigning groups WWF and Rainforest Action Network.

Many of the companies highlighted as performing poorly or missing targets are household names, including Kellogg’s, Mondelez and General Mills, whose brands include Yoplait and Häagen-Dazs. In the UK, major brands such as Greggs, Warburtons, Reckitt Benckiser and Associated British Foods also ranked relatively low in the table.

In its annual scorecard report on major companies’ performance in reducing deforestation from their use of palm oil, WWF found that only 15 out of 173 companies surveyed were performing well and “leading the way”. Thirty companies were judged to be lagging behind, while 41 failed to respond.

The WWF survey awarded companies points out of 22 based on answers to a questionnaire on their practices in sourcing palm oil. Ferrero, the Italian chocolate maker, was the only company to exceed 20 points. The UK retailers Marks & Spencer and the Co-operative Group also scored highly, with 18.75 and 18 points respectively.

Emma Keller, palm oil expert at WWF-UK, said: “Consumers don’t want their food or other purchases to come with a side order of deforestation and destruction of wildlife. But after a decade of promises, too many companies have failed to deliver. [They] must prove to their customers that they’re not selling products involved in destroying nature, and that they’re fully committed to a world where unsustainable palm oil no longer exists.”

Palm oil is found in a wide range of foods and some cosmetics and household goods, but its production is often problematic. The race to satisfy growing demand over the past two decades has resulted in vast plantations replacing native forest in countries in south-east Asia, while efforts to prevent forest destruction have often been stymied by corruption or companies flouting the rules.

Companies are under pressure to improve their performance as the deadline looms for compliance with commitments under the Consumer Goods Forum, which will meet in June in London. That commitment, which began in 2010, involved a resolution by companies to reduce deforestation through their palm oil supply chain to net zero by 2020. Net zero means that some deforestation could be made up for by restoring or growing forests elsewhere.

Separately, the Rainforest Action Network (RAN) assessed eight global brands – Kellogg’s, General Mills, Mondelez, Hershey’s, Mars, PepsiCo, Nestlé and Unilever – involved in a key area of south-east Asia known as the Leuser ecosystem. The survey found none were performing adequately in avoiding “conflict palm oil”, defined as palm oil whose production is leading to deforestation, loss of peatland or other habitat, and exploitation of workers or indigenous peoples.

“The policy commitments of [all eight companies] have not stopped deforestation, threats to endangered species, or delivered respect for human rights or remedy for exploitation of indigenous peoples, local communities and workers,” said RAN. “All companies have increased transparency and begun reporting on the palm oil mills they source from, but to date not one company can communicate to consumers the plantations or farms where all the palm oil they sourced was grown. None of the companies have adequate systems in place to identify and cut or reform non-compliant suppliers in their supply chains.”

Robin Averbeck, of RAN, said: “None of these companies has a plan to verify credibly that they are not causing deforestation from palm oil. They only respond when NGOs publicly shame them. [Their claims] are greenwash.”

Ignacio Gavilan, environmental sustainability director at the Consumer Goods Forum, said new approaches were needed for companies to meet the pledge made in 2010 to end deforestation associated with palm oil use by 2020. “In 2010, our strategy was rooted in remediating individual company supply chains, often through certification. While we have seen progress, we have found that certification is a tool, but not the comprehensive solution the world needs,” he said.

One problem is that there is still a market for palm oil products from deforested areas, so broader initiatives than certifying some areas as sustainable production are needed, otherwise unsustainable producers can simply move to clear new areas of forest and still find a market for their goods. Solving that conundrum is likely to require more involvement from governments and international moves to close down markets for the products of deforested areas.

“The singular focus on certifications incentivised us to think small,” said Gavilan. “We want, and need, a more transformative approach that will get us to a more forest-positive future.”

Many companies rely on the Roundtable for Sustainable Palm Oil as an assurance to consumers that they are taking the product from sources that are not leading to deforestation. However, Averbeck said there were problems with the certification and it was “inadequate” as a guarantee that the palm oil in use was not leading to deforestation. “RSPO is not working, fundamentally. Companies know that there are issues with RSPO.”

RSPO said: “We acknowledge the need for continuous improvement of RSPO strategies and interventions, which is why our membership continues to improve our standard. The situation on the ground requires companies, government and civil society to work together to achieve the mission of the RSPO.

“RSPO is more than just a certification system – it is a convening organisation that brings together stakeholders to discuss the issues. It has helped spur the development of sector-specific national initiatives to promote sustainability. Our goal is to transform the entire industry – a difficult mission – and we are proud of the progress achieved, while also firmly acknowledging there is a lot more work to be done.”

Many of the companies investigated by RAN and WWF told the Guardian they were working to improve their performance on palm oil, with some citing the Consumer Goods Forum 2020 target as a key aim.

Mars said: “RAN’s conclusion is that, despite industry initiatives, a number of environmental and social threats to the landscape remain. This is precisely why we are working to radically transform the way we source palm oil at Mars with our Palm Positive Plan that aims to deliver 100% deforestation-free palm oil by the end of 2020 and to advance respect for human rights across our suppliers’ extended supply chains.”

Mondelez said it had blocked 10 palm oil growers based on recent cases, in addition to two longstanding exclusions, as evidence of its commitment to rooting out abuses in its supply chain. “This highlights the urgent need for sector-wide monitoring to provide one source of verified data on deforestation by palm oil plantations, based on the principles of transparency, group definitions, multi-stakeholder governance and independence. We are actively working with others to establish this.”

General Mills told the Guardian: “While we have elevated standards and protocols in place, our approach is continually evolving and, in line with our commitment to protect forests and peatlands, we increasingly see a need to support on-the-ground activities that address the drivers of deforestation. This demands action beyond the supply chain, but a lasting solution will require concerted action from all actors, including government and smallholder farmers.”

Unilever, which scored 34th in the WWF table and came out best of the eight companies in the RAN report, said: “Only by all parties coming together, using cutting-edge technology to carefully monitor our forests and engaging with the communities and stakeholders around them, will we create a sustainable future. We remain committed to working in partnership with suppliers, governments, NGOs and the wider industry to end deforestation.”

Whole Foods Market, which scored only 8.25 out of a possible 22 in the WWF table, said: “We made a public pledge over 10 years ago to use only 100% RSPO palm oil in [own] brand food products. We recognise that there is more work to be done and are actively exploring opportunities for improvement.”

Warburtons, which scored 12.75 in the WWF ranking, said: “We are shortly set to hit the 2020 target of ensuring the small amount of palm oil we use is 100% segregated, and our focus is now on making improvements through the supply chain.”

Greggs, which received only 9.5 points, said: “Greggs is a member of the RSPO and 100% of the palm oil we use is sustainable.”

The World of Food After Corona – BW Businessworld