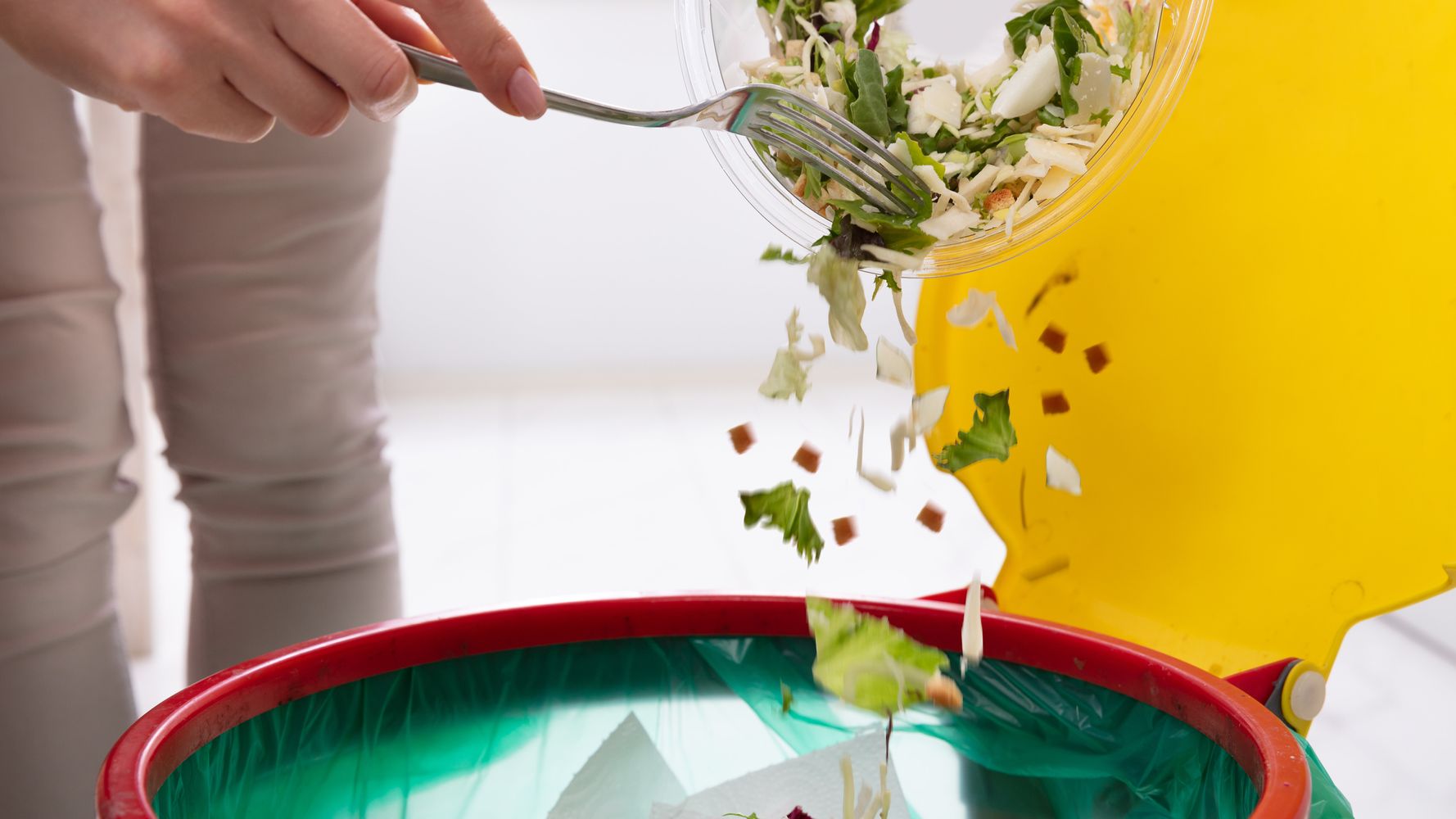 Who hasn’t felt the shame of a refrigerator purge? You’re sentenced to face the forgotten leftovers, fuzzy produce and years-old salad dressing that you swear must have come with the fridge. But it didn’t. You paid money for all these things, and now you have to throw them away.

Take heart. You’re far from the only person to waste food and money. And unlike more ambitious money fixes, reducing food waste is relatively simple and sure to pay off. In fact, a person could save about $370 annually on average by wasting less food, according to the United States Department of Agriculture. And a family of four could pocket an extra $1,500 or so on average in the new year.

So make this the year you don’t have to come eye-to-potato-eye with another decaying legume. Here’s how to waste less food:

START WITH A FRIDGE CLEANOUT

Get a “reality check” on what’s going to waste in your fridge, says Cassie Bartholomew, program manager at StopWaste, a public agency reducing waste in Alameda County, California. Remove and evaluate all items that are spoiled or inedible. Rather than feel bad about the waste, try to learn from it. “Ask yourself, ‘Why am I tossing this food?’” she says. “Look at those root causes.”

Did you buy an ingredient you never used? More planning before shopping could help. Did you forget about leftovers or produce that’s gone bad? StopWaste’s 10-Minute Fridge Reality Check recommends designating part of the fridge to food that’s quick to spoil. Label that section with an “Eat This First” sign.

During your cleanout, you may realize some foods on death row still have some life in them. Foods past their “sell-by” or “use-by” dates may still be safe, and wilted produce could still be cooked. (More on that later.)

While you’re in the fridge, Bartholomew recommends checking its temperature. A temperature of 40 degrees Fahrenheit or below will keep foods safe, according to the Food and Drug Administration, which recommends using a freestanding appliance thermometer. (You can find these in many stores and online for under $10.) Freezers should be at 0 degrees.

Keeping tabs on your fridge and pantry or cupboards will help you buy less stuff that could go to waste. Before shopping, Bartholomew recommends identifying which foods you already have and what meals you can make with them. (Potatoes and butter? Mashed potatoes it is — no need to buy those ingredients.) Then identify what you need to complete the dish. (Low on milk — add it to the shopping list.) Otherwise, it’s too easy to overspend on groceries by purchasing foods you may not need.

You bought the right groceries, now make sure they stay fresh. Google “how to store produce,” and you’ll learn that some foods should be refrigerated (kiwis, cucumbers), while others shouldn’t (bananas, avocados). And some fruits, like apples, release a gas that ripens other produce faster.

Store leftovers and cooked foods so they stay safe and can be identified later. Bartholomew recommends clear, airtight containers with labels that state the food and when it was prepared or stored. That’s especially important for foods in the freezer, since you’ll likely toss ice-crusted artifacts with no origin story.

Check your fridge and freezer for foods on the brink of going bad, says Lindsay-Jean Hard, author of “Cooking with Scraps: Turn Your Peels, Cores, Rinds, and Stems into Delicious Meals.” Of course, she says, moldy or spoiled food is off-limits. (StillTasty.com provides guidance on shelf life and signs of unsafe foods.)

But wilted vegetables are usually fine for cooking or throwing into a soup. Or roast them now, and freeze them for later, she says.

For those last few slices of bread that are too stale to be appetizing, Hard suggests making them into bread crumbs or croutons. “Then you can add a lot of texture to different types of dishes, like salads or pasta,” she says.

And just like that, you’ve removed bread from your next pantry purge.

This article was provided to The Associated Press by the personal finance website NerdWallet. Laura McMullen is a writer at NerdWallet. Email: [email protected] Twitter: @lauramcmullen

The pandemic has hit restaurants hard, but experts say the ‘ghost food hall’ concept might save them – The Washington Post