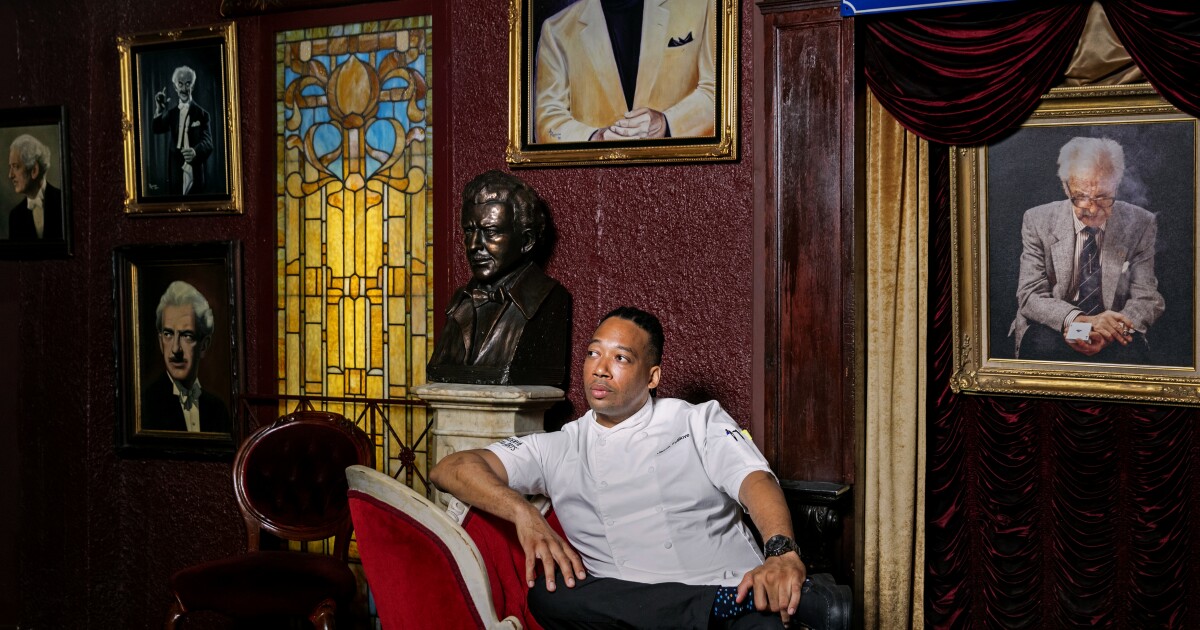 “I have decided that Jason Fullilove will no longer serve as the executive chef at the Academy of Magical Arts,” general manager Joe Furlow wrote in a candid email to members on Wednesday. “The decision has been made with the full support of the Board of Directors of the Academy.”

Fullilove signed on as executive chef in April. He was hired as part of a larger effort to revamp the Magic Castle, a storied 1963 institution with nightly magic shows and a restaurant on a hilltop overlooking the city.

For many years, the restaurant side of the operation was an afterthought, a required part of an evening at the castle. But Fullilove, who previously cooked at Barbara Jean in Culver City and Malibu Pier Restaurant and Bar, was hired to take the restaurant in a new direction.

“I want people to talk about the food as much as the magic,” Fullilove told The Times last year. “I want to slowly modernize the menu, and make it more competitive with what’s available in the rest of Los Angeles.”

He introduced dishes such as tagliatelle with lump crab and uni, and za’atar spiced chicken with sweet potato latkes — a refreshing update to a menu known for old-school fare like beef Wellington and prime rib.

In his email, Furlow said Magic Castle’s next chef would “possess the necessary leadership skills to take our culinary program to the next level.” He declined to comment further when reached Wednesday evening.

Revealed: How many people have used Eat Out to Help Out scheme so far – Sky News