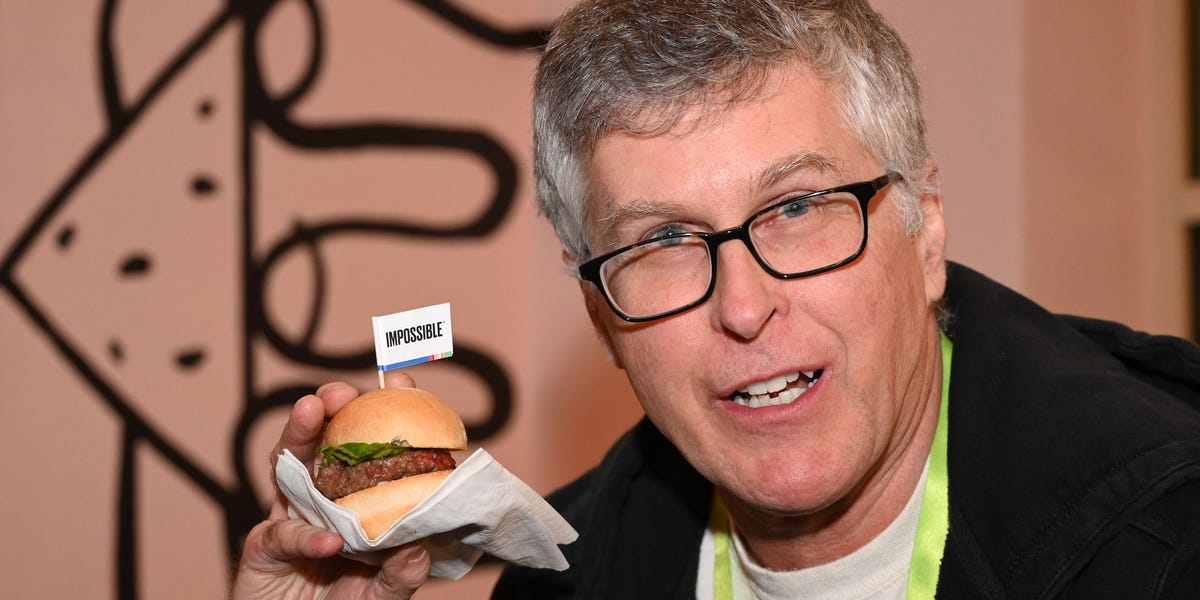 Impossible Foods CEO Pat Brown is on a mission to make meat obsolete, and it looks like he’s off to a pretty promising start.

Impossible Foods’ wildly popular plant-based burger can now be found at thousands of  restaurants across the United States, and the company is bringing a new faux-sausage breakfast sandwich to Burger King by the end of the month.

Plus, last spring, the company raised $300 million in a Series E round led by Temasek and Horizon Ventures, who were joined by more than a dozen superstar investors ranging from Serena Williams to pop icon Katy Perry and rapper Jay-Z, bringing its valuation to $2 billion.

Suffice it to say that Brown’s “bleeding” meatless burger has caught on. But Brown didn’t necessarily have any of these milestones in mind before starting Impossible Foods. Rather, the key to starting a successful company has less to do with business-oriented goals like fundraising and retail partnerships and more to do with the problem you’re aiming to solve, says Brown.

“The main thing I would say to people who are entrepreneurial is, pick a problem that matters to the world,” Brown, who is in his 60s, said to Business Insider when asked what advice he would give to his 20-year-old self. “Really, that solves a big problem in the world, and don’t talk yourself out of it.”

“If I would have realized how catastrophic the use of animals in the food system was when I was in my 20s, instead of going into biomedical research, I would have gone right to working on this problem,” he says.

Impossible Foods recently unveiled its first new foods since debuting the original Impossible Burger in 2016: Impossible Pork and Impossible Sausage. The company is testing a new Burger King breakfast sandwich that includes the meatless sausage at 139 locations in the US, but it has not said when Impossible Pork will be launching.

Impossible Foods decided to go with pork for its next major product expansion for two reasons: it’s the most widely eaten meat in the world, according to the Food and Agriculture Organization of the United Nations, and Impossible Foods hopes to cut back on the detrimental effects that pig farming can have on the environment.

“We’re not going to solve the problem by declaring war on the incumbent industry or telling people to change their diets,” Brown said in a previous interview with Business Insider. “The only way to do it is by making products that do a better job of delivering what consumers value from meat and these other foods.”

All told, even if your company fails, you’ll at least know your efforts have gone toward a worthy cause if you choose to address a meaningful problem, Brown says.

“If you think you have the capability of coming up with a useful solution to the problem, that’s the big opportunity,” he said. “I feel like the world does not need more gadgets to collect data on everyone, Alexa-enabled toothbrushes or whatever. Do something actually useful.”