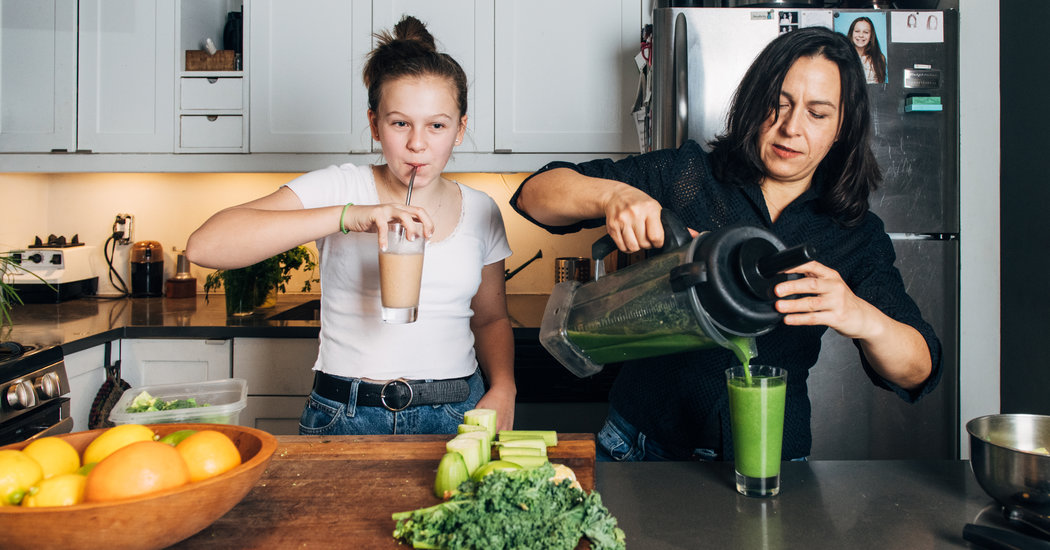 It would be his last slice of cheesy pizza, so he ate three on New Year’s Eve. The next morning, Danny Swift, 25, a data scientist who lives in Manhattan, woke up hung over but determined to go vegan.

“I was starting to feel like a hypocrite for being a vegetarian for ethical reasons, but still supporting industries that abuse animals,” said Mr. Swift, who stopped eating meat when he was about 5.

After reading about a campaign called Veganuary on Reddit, he decided it was time to give up cheese and other animal products — at least for January.

Move over Dry January (abstaining from alcohol) and Whole30 (no processed or refined foods). Veganuary, which asks people to ditch meat this month, has emerged as this year’s trendy resolution.

The campaign was started in the United Kingdom in 2014 by Jane Land and Matthew Glover, a husband-and-wife team who met on a vegan dating site and were inspired by Movember (growing a mustache for men’s health). Participants who pledge to go vegan on the site receive daily recipes, tips and information about how a vegan diet benefits animals, the environment and our bodies.

According to Veganuary, 750,000 people from 192 countries have joined the pledge, with about half signing up for 2020. In advance of this year, the group expanded its efforts to the United States by hiring a director in Los Angeles and creating a dedicated website, us.veganuary.com.

Hollywood stars like Joaquin Phoenix, Alicia Silverstone and Mayim Bialik have lent their name to the cause. And on New Year’s Eve, Natalie Portman urged her 5.9 million Instagram followers to take the pledge. “Fight climate chaos with your fork,” she said.

National food chains have also gotten on board. Just Salad, a fast-casual chain based in New York City, is selling a limited-edition “Veganuary” salad made with organic sesame tofu, roasted mushrooms and a carrot-edamame slaw. Fresh Brothers, a pizza chain in California, is offering a free upgrade to vegan cheese.

“It’s an arms race among fast food chains to put out vegetarian burgers right now,” said David Coman-Hidy, president of the Humane League, an advocacy group that seeks to end the abuse of animals raised for food.

Skeptics, however, argue that it is superficial to go vegan for just a month. Would you decide, for example, to only tell the truth or recycle for one-12th of the year? “I would say there are mixed opinions about people doing this for 30 days,” said Ewelina Augustin, 25, who runs the online store Vegan Warehouse from Hoboken, N.J. “I can understand the pushback there.”

But officials at Veganuary say that the campaign was designed to reach people who are not ready to commit to becoming a vegan year-round. “We know that the largest hurdles for people going vegan are convenience and taste,” said Wendy Matthews, the group’s U.S. director in Los Angeles. “Veganuary exists to help people discover delicious plant-based food and see how easy it is.”

And even if someone doesn’t commit to veganism, there are still benefits. Joseph Poore, an environmental researcher at the University of Oxford who has studied the environmental impact of food production, estimates that if Veganuary got 350,000 people to give up meat and dairy for month, it would reduce carbon emissions by 45,000 tons.

That’s welcome news to Heather Ramsdell, 51, the editorial director of The Spruce, a lifestyle website based in New York City. “I am the person who literally brings my compost to somebody else’s house,” she said. “But I eat way more than my fair share of meat and dairy. It’s such a huge, central part of my diet, and I don’t feel great about it because of the negative impact on the climate.”

As a personal challenge, she and her 13-year-old daughter, Eve Coleman, pledged to go vegan in January. “I now have about five new weeknight-type dinners and lunches in my repertoire, like being ambidextrous,” she said. “Bacon is no longer my only benchmark of happiness.”

While she hopes to eat less meat, she has no plans to remain vegan past January. “I’m trying not to dream about my first day back,” she said. “I think I will end up wanting cheese. I will buy a bowl of mozzarella and eat it like an apple.”

Woman kills husband after scuffle over eating out, held – Times of India

Chef and restaurateur Sean Brock is back with The Continental in Nashville, Tenn. – Restaurant Hospitality