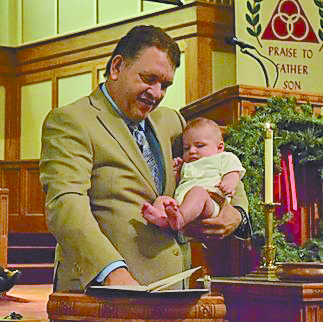 Rich King not only takes care of people’s appetites with the wonderful dishes he throws together, he also takes care of their spirits as the pastor at First Presbyterian Church.

Cooking is an art, but it is also a science. Rich King of Marshalltown has that science down to a T.

King garnered interest in cooking at a young age after watching his mother spend evenings in the kitchen. Though his mother served as an inspiration into the craft, King’s tendencies in the kitchen stray far from those he was exposed to.

“I always liked watching my mom cook,” he said. “But my mom was a recipe cook. She didn’t deviate from recipes.”

For King, a recipe acts as more of a suggested guideline rather than a sure set of rules. 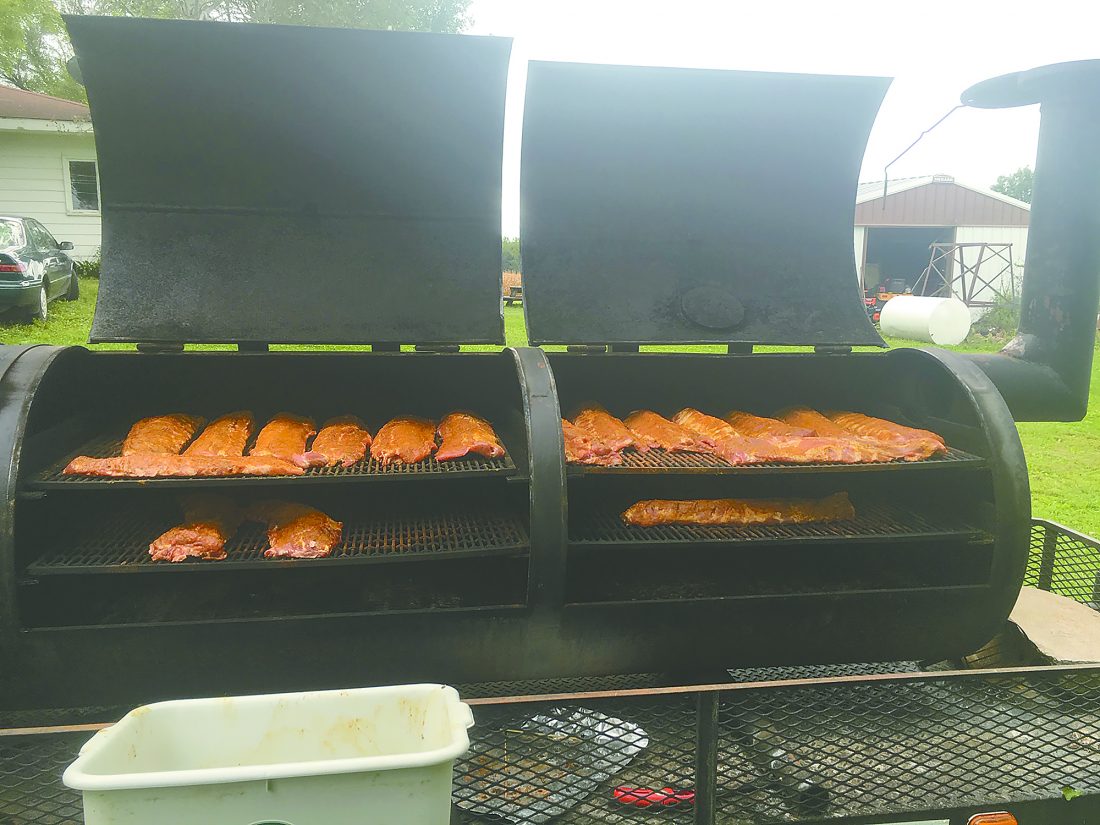 CONTRIBUTED PHOTOs
Smoked brisket is something Rich King as perfected. Always willing to experiment with recipes, he tweaks them until the desired dish is achieved.

In fact, he even deviated from his own mother’s popular fudge recipe and created 27 unique new flavors.

“I’m into the chemistry of food,” King said. “I figure out what I can do and then I deviate to make the recipes better.”

If he can find an extract or chip in a certain flavor, he said, he will make it into a new fudge.

Some of his flavors include root beer float, key lime pie, pumpkin pie and pina colada.

Despite always being willing to experiment and come up with new dishes and flavors in the kitchen, King is careful not to get too crazy when it comes to what he can do to change a recipe.

“My nose knows enough not to put too odd of things together,” he said.

King’s cooking talents don’t stop with fudge. He also owns a smoker that he uses to smoke any type of meat. As the pastor at First Presbyterian Church, King is able to use his love for cooking as a way to bring the congregation together and feed them.

“So much of church is fellowship,” King said.

“And so much of fellowship is food.”

Mix all ingredients except for the chocolate chips, vanilla and nuts. Bring to a rolling boil over moderate heat, stirring constantly. Boil to 222 degrees, using a good candy thermometer. Remove from heat. Stir in chips until melted. Add vanilla and nuts. Pour intogreased pan quickly. It will set up fast. Vary flavors by changing chips and extracts.

Some chips have more wax content and don t melt as easily. Run those through a food

processor until only small pieces are left.

Preheat oven to 425 degrees. Grease an 8×8 inch baking dish. Place dry ingredients in a food processor and process in eight (1-second) bursts. Pour into a mixing bowl and beat slightly with electric mixer. Add the milk and butter; beat on medium speed until blended. Pour blended liquids into the well of the cornmeal mixture and fold until just combined. The atter will be lumpy. Pour batter into the prepared dish. Spread with spatula evenly around the pan. Bake for 20 minutes.

Trim excess fat from brisket and rub into yellow mustard. Sprinkle the mustard with garlic and onion powder and seasoned salt. Place in 2-gallon plastic bag and marinate 12 to 24 hours in regular Pepsi. Smoke with mesquite wood until internal temperature reaches 185 degrees. Slice thinly across the grain.

CONTRIBUTED PHOTOs
Smoked brisket is something Rich King as perfected. Always willing to experiment with recipes, he tweaks them until the desired dish is achieved.

Rich King not only takes care of people’s appetites with the wonderful dishes he throws together, he also takes care of their spirits as the pastor at First Presbyterian Church.

Eating out for dinner? Be kind to drive thru workers – KMOV.com

Coronavirus: Charlotte takes food to those in need as she turns five – BBC News