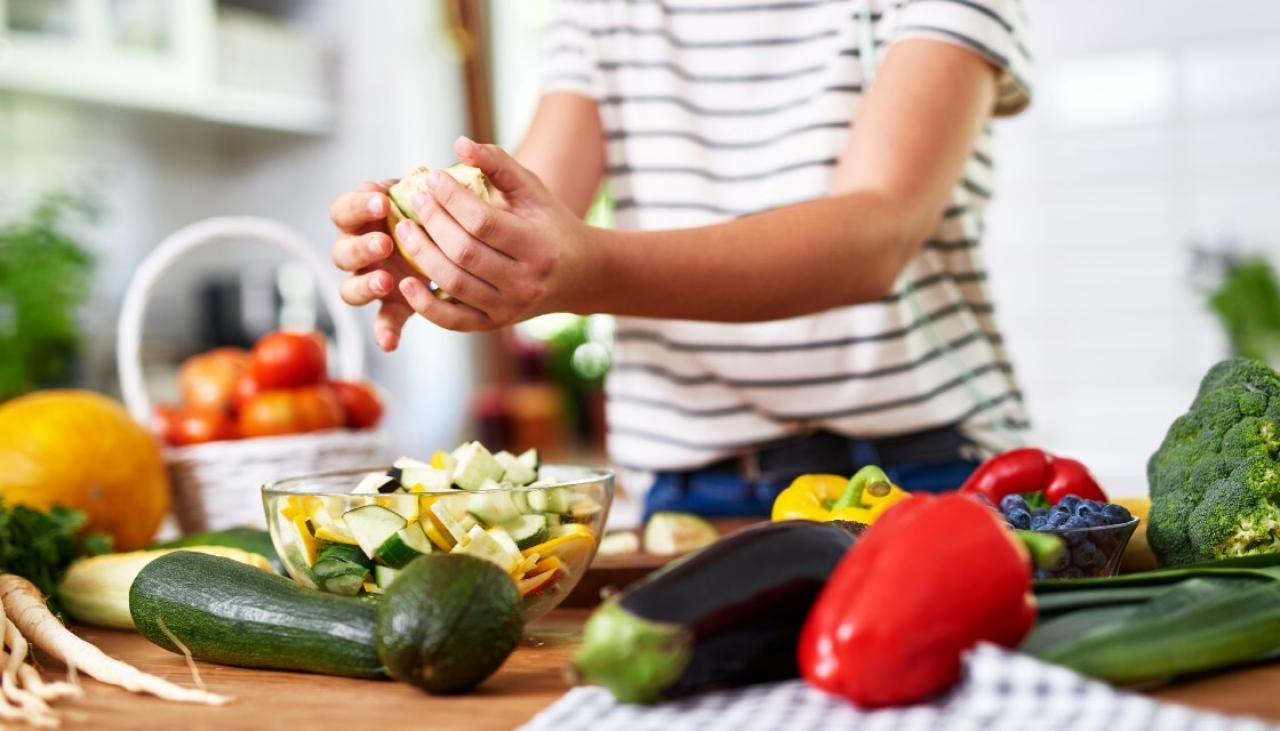 A nutritionist is warning parents to think carefully before allowing teenagers to take up a vegetarian or vegan diet.

A new resource to teach children about climate change is being rolled out in schools nationwide, after being trialled at a Christchurch school in 2018. Part of the resource includes advice to eat less meat and dairy to reduce your carbon footprint.

The resource, called Climate Change – Prepare Today, Live Well Tomorrow, is aimed at children in years 7-11. It has been criticised by farming groups who say it doesn’t have all the necessary information.

Nutritionist Claire Turnbull weighed in the debate on Tuesday, cautioning parents to consider the pros and cons before allowing their kids to switch to a plant-based diet.

Turnbull told Magic Talk that while there are many advantages to eating more vegetables, that doesn’t necessarily mean cutting out all meat.

“One of the main things, particularly for teenage girls, is iron. Iron is really important for brain development and you can certainly get enough iron on a vegetarian diet, but you have to have it very well planned.”

“Babies also need a lot of iron. A six-month-old baby needs more iron than a fully grown man and six-month-old babies don’t eat much, so if you’re bringing a baby up vegan or vegetarian, you need to be extremely good at planning. ”

Turnbull also warned parents that teenagers often use plant-based diets as an excuse to strictly controlling what they eat.

“I certainly wouldn’t say to every teenager that walks through my door that, ‘yes, it’s a great idea to be a vegetarian’.”

She said a well-balanced diet is generally the best approach.

However, she acknowledged that with good planning and organisation, it is possible to get all the nutrients you need.

“You can get plenty of protein if you’re following a vegetarian diet, it just requires organisation and that just doesn’t often happen.”

Turnbull says anyone who wants to start a plant-based diet needs to ensure they’re eating lots of nuts, lentils and unprocessed foods. She says eating a deep-fried vegetable burger instead of a meat burger is often just as unhealthy.

“One of the concerns I have as a nutritionist is that you can still eat a very unhealthy vegetarian diet.

“One of the things we are seeing now is an increase in the number of highly processed vegetarian products that are on the market and that in itself doesn’t make them better for you.”

Focusing on balance and variety is much better than cutting a bunch of foods out, she added.

Turnbull was brought up vegetarian, but she now follows a diet involving lots of plants and sustainable fish and meat.