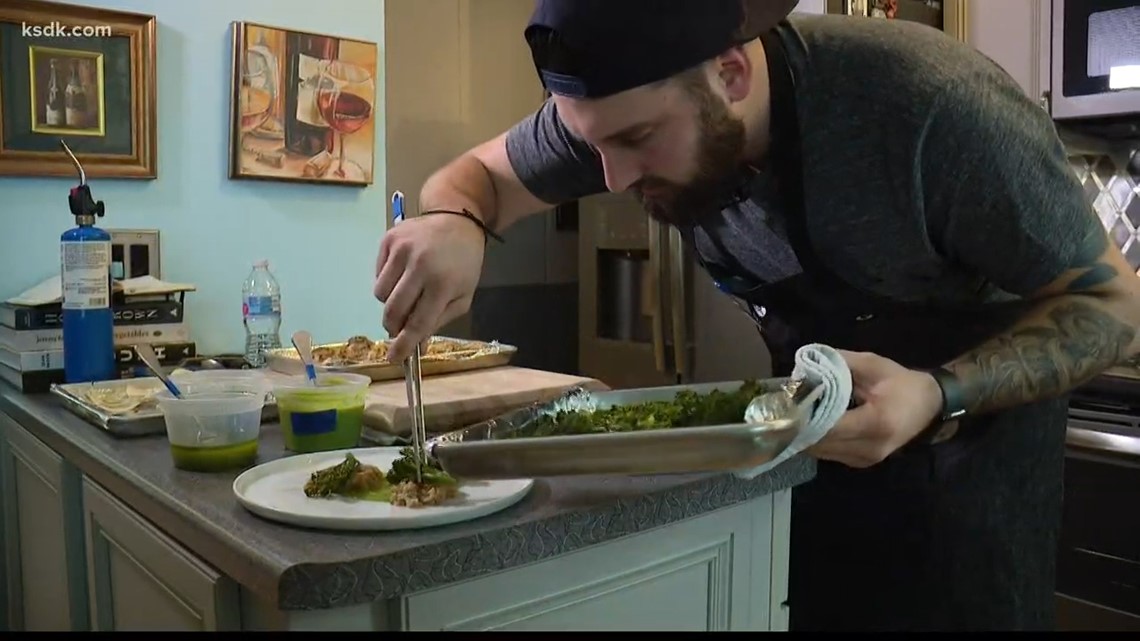 ST. LOUIS — Dakota Kolb was nurtured by his family in south St. Louis. They encouraged him to grab the pots and pans and get creative in the kitchen.

He was just a little boy back then. Now, he is all grown up and was just recognized as one of the best chefs in Missouri.

He’s an artist at work.

“When I’m in the kitchen I feel comfortable,” said Kolb.

He’s a Picasso in the kitchen. “I feel like for me there are no rules.”

Instead of a brush, he uses a knife and a blow torch.

“I’ve burnt a grilled cheese and I’m a chef so.” Instead of paint, he uses food. “The kitchen, it’s your own sandbox.”

Kolb has been creating meals in this south city kitchen since he was five.

“Just cooking with my grandma,” he said. “That’s sort of where I found my love for cooking. It just means everything. It’s all I’ve ever known.”

The desire to make tasty dishes became his passion.

“You always want to do something different. You wanna be that person who makes a new egg or makes a new dish. And somebody goes wow I never thought about that.”

He went onto the culinary school. But one of the biggest lessons he learned was how to handle the critics.

“As a young kid that kind of drove me insane.”

While his foods may not suit everyone’s palate, he is making a name for himself. The 23-year-old has just been named Industry Chef of the Year for Missouri.

“Being nominated by your peers in the industry makes you feel good about yourself.”

The recognition only adds to his drive.

“Pushes me harder to get to the next step.”

Cooking is now taking him places.

One day, he could have a place of his own plating his appetizing works of art.

“I do feel like opening a restaurant of my own one day is in my future.”

Right now, Kolb is hoping to be nominated for the Eater Young Guns 2020. It recognizes the inspiring young restaurant professions in the country.

Can I go to a restaurant or pub with friends in tier 2? The rules on eating meals out in each Covid tier – iNews

Clean Street Food Hub to come up in Tiruchi – The Hindu