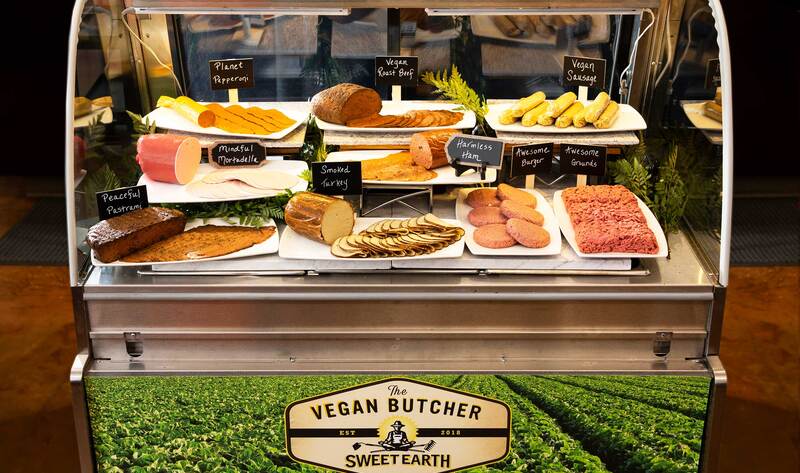 This spring, vegetarian brand Sweet Earth will unveil a line of vegan deli slices which will be available in packaged form and served from deli counters emblazoned with the phrase “The Vegan Butcher” at supermarkets. Some of the new deli meat offerings will include pastrami, mortadella, and roast beef, which will be displayed alongside its new Awesome Burger and Awesome Grounds. The case will also contain Sweet Earth’s newly announced vegan sausage, which is scheduled to debut in three flavors—Habanero Cheddar (made with vegan cheddar cheese), Asian Ginger Scallion, and Chik’n Apple—in March.