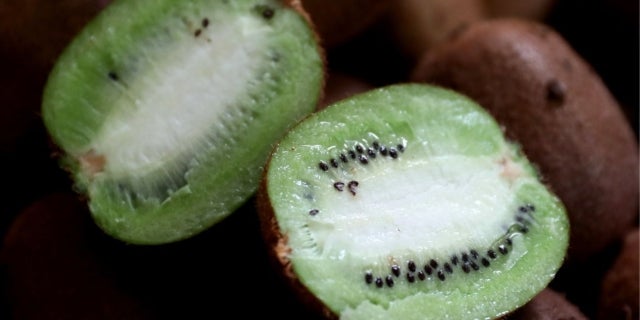 Long gone are the days where anchovies loomed large as the worst pizza topping. Before long, pineapple burst onto the scene and launched the pizza pie world in a new debate that will likely never be settled. Pineapple fan or not — you shouldn’t be, but that’s beside the point — there’s a new craze on the internet that’ll knock you on your butt when you see it. Are you ready for it?

Probably not, but we’re going to tell you anyway. As it turns out, kiwi pizza is a thing in some pizzerias in Scotland and Norway. No, not a yummy fresh fruit pizza with a sweet crust and cream cheese, but your standard pizza with sliced kiwis on top. Your typical crust with tomato sauce and mozzarella cheese…then…then sliced kiwis on top.

I have can now say I have witnessed [email protected] pic.twitter.com/WjC48p9Y3U

The unholy abomination can be traced back to a viral Reddit post on r/ShittyFoodPorn and as such, it’s since gone mega-viral on Twitter. Keep scrolling to see what the internet is saying about this concoction…

I just saw kiwi on pizza on my timeline and I kinda wanna try it now… pic.twitter.com/CRqj6OaRGo

i’m going to say this one time and one time only..